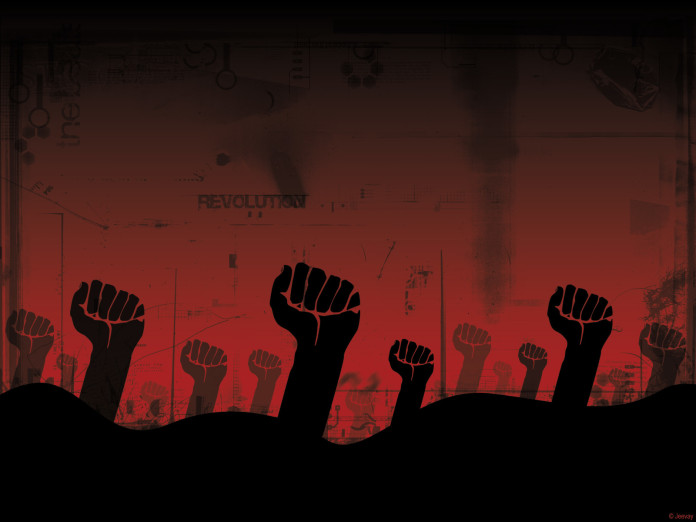 How many people have been arrested in Pakistan to curb this political movement? – Govt’s strategy is to keep a tight lid so that no reliable figures are available. However in the last 3-4 days all of you have noticed that though official figures of arrests were 100 or so, but then hundreds have been released by court orders in Islamabad and Rawalpindi but despite this Human Right Commission of Pakistan, International Right Groups like Human Right Watch and others have taken no notice. Are they not aware? or this is a tacit policy support to a govt in Islamabad, we don’t know; only time will tell.

But the disjointed patchy picture we are getting from our different reporters paints a large hitherto developing (and mostly undeclared) crack down against political workers, potential affiliates of PTI, PAT and other supporting parties all across Punjab from Jhelum to Attock, and all that without any uproar from other parties and sections of society – this is a huge risk for the development of democracy; for democracy is a process like a flowing river that gets strengthened by expressions of dissent and then tying knots of political agreements around them; this is why it is said that worst democracy is better than martial law. However democracy is not merely holding of Elections but in the working of the process; democracy’s utility is not for building large material structures like roads or motorways, autocratic rules and dictatorships always do that better; Democracy’s real spirit lies in facing dissent and resolving it through negotiations and thus deepening the layers of agreement that bind the social and political order and helping society move ahead in time and space without major upheavals and bloodsheds. 3-4 days ago, when Police started crackdown against PTI One Month Congregation, it presented hundreds of political workers in front of Magistrates in Rawalpindi for violation of Sec. 144, to be sent to jail under 188. But Pindi Magistrates started releasing large number of them; Police panicked and shifted hundreds of them to Adiala Jail (more than 4000, according to reporters) without proper documentation for temporary detention or to be fixed under other offences/sections.

Reports reaching us in Islamabad now indicate that Police is now resorting to MPO-16 (Maintenance of Public Order) and according to reporters thousands of people have been rounded up across Punjab, from Jehlum to Attock. According to one reporter, who is following it from his sources, this figure of arrests, in the last few days of crackdown alone, has crossed more than 10,000. Police Officers in small towns (SHO’s – Station Officers) have been given quotas of arrests to meet. If we add these new arrests to the earlier arrests of PAT (Pakistan Awami Tehrik) workers since June then this level of arrest and detention (under different laws) becomes extremely serious. PAT has been claiming more than 15-20,000 arrests since June. These figures might be exaggerated and some of these might have released but in the absence of any figures by the Police and government and without any attempts to dig deep by media and human right organizations and lawyers associations this situation is worrisome.

Govt’s continuous attempts to criminalize its political opposition by using cocktails of administrative powers and policing tools is a dangerous tactic; this has almost always backfired in Pakistan and is a threat to democracy. Also it carries the risks of benefitting the religious and sectarian organizations in the long run. Political passions for change are running high; they are coming from young people and fortunately these strong emotions are very mainstream in nature; if mainstream political process will not or cannot absorb these strong emotions in the form of political dialogue, negotiations and agreements then the sense of desperation will ultimately benefit pro-religious feelings with its multiple consequences.

Will find out more – but all media persons should try to dig deeply into the nature of this large scale crackdown across Punjab.