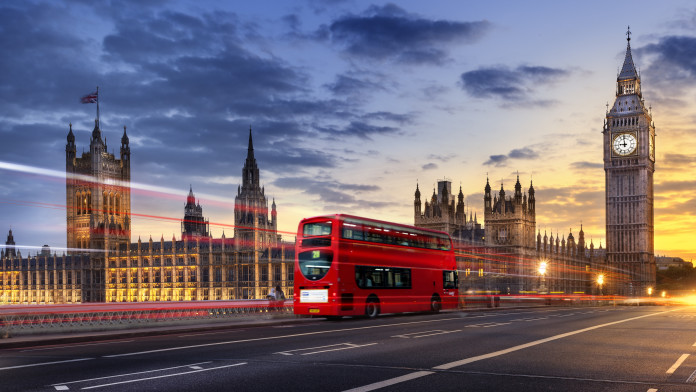 Ken Livingstone’s defeat at the hands of Boris Johnson in the elections for the Mayor of Greater London, last week, was the end of an era. It was a development bigger than the city of London or UK with ominous implications for Muslim communities across Europe. Yet few of us in the Muslim media, across the world, so easily carried away with the nonsense of Geert Wilders, paused to reflect on the enormity of what happened.

Some events help to understand ourselves. Living all those years in London I never felt it was part of my identity. Yet suffering the visuals that emanated from the screen of BBC World News, with Ken Livingstone conceding his defeat, I suddenly had to clutch for support. With weakness in my legs and butterflies in my stomach, with something hitting in my face, I knew an age in the world history had passed — and for worse.

We learn and grow through cycles of pain. And it was an Archimedes moment, with masters of anguish and torment suddenly teaching me that my own identity which I so desperately want to fit in neatly and safely in some national container is a product of all that I experience and pass through. And London was part of me and still is irrespective of where I live. And whether I accept it or not I am a progeny of all religions and cultures and political spheres; call it whatever you may.

Every reality can be perceived in infinite ways. To me London in the beginning of 21st century is a phenomenon that belongs more to the world than to England. I am sure it is a frightening thought to many English people but the city that stamped its mark on the soul of an Empire was in turn infected by the people it ruled.

Today with teeming Indians, Pakistanis, Arabs, Israelis, Africans, French and Poles and countless others it is home to 300 languages and as many sub-cultures and not to forget dozens of varying religious identities hidden within the capsules of these national and cultural denominations.

If you include the 11 per cent Irish then almost 40 per cent of its approximately 8 million populations has a minority feeling of one or the other kind. Few realise it is the largest Muslim city in United Kingdom. And it was this diversity, this complexity Ken Livingstone served; and provided a spirit with by reaching out to everyone.

If in 2002 Livingstone introduced Saint Patrick Day’s festival to London then in 2005 he was hosting a Jewish Hanukkah ceremony and intending it to be an annual conference and in October of 2006 it was the first ever Eid in the Trafalgar Square marking the end of Ramadan.

If in September of 2005 he supported the placing of a statute of Nelson Mandela in Trafalgar Square then in August of 2007 he was offering apologies on behalf of London and its institutions for their role in transatlantic slave trade.

Immediately after the attacks on London subway, Ken Livingstone, as Mayor, addressed the terrorists telling them that though they do not fear death, they must fear the fact that, whatever they may do, London will continue to be the place: “where people will arrive from all over the world to become Londoners…where freedom is strong and where people can live in harmony with one another” …it was his style of revenge.

In contrast Boris Johnson, now his successor in office, reacted to the tragedies of 7/7 by declaring that “it is time to reassert British values…that means disposing of the first taboo, and accepting that Islam is the problem..”

Two weeks later in a BBC interview, Livingstone was now reminding his audience of the 80 years of western intervention into predominantly Arab lands because of the western need for oil. What was Boris Johnson doing? At one point in time he said: “If I were an Israeli, I would be astounded that any member of the British government or opposition felt able to criticise Israel at all.”

And at another moment he said: “If we were Israelis we would dispatch an American built ground-Assault helicopter to blow the place to bits and then we would send bulldozers to scrape over the remains…the best way to deter Palestinian families from nurturing these vipers in their bosoms, and also the best way of explaining to the death hungry narcissists that they may get 72 black-eyed virgins of scripture, but their family gets the bulldozer”

If we factor in what these two men have been living in the same city, parallel to each other in time and space, then the contrast between their understandings of the world and how to respond to its complexity could not have been starker.

Livingstone called his parents “working class”; he was educated less through universities and more through the mill of life. Boris Johnson went to Eton and later Oxford; yet despite this, or perhaps because of it, his worldview is a sad tiny fragment of what his predecessor possessed. Could this be the result of seeking to understand the world through the tiny window of class and race?

Ken’s defeat was a sad day for the Muslim and Asian communities in London and across UK. Always under attack, or perceiving it so, in Ken they had a friend and a strong voice ready to risk media’s wrath to defend them. But has anybody taken cognizance across the Muslim world?

What about Pakistan the country that continues to boast its connections with the British Muslim communities? Not even a whimper; and newspapers did not even have an inner page story on something that was so important to the British Muslims.

The vote for Boris Johnson was a negative vote: it was against the expansion of congestion charge; rising costs of 2012 Olympics and a general mood of anti-incumbency and what they call is the pendulum effect of politics …but in handing down London to Johnson people have selected an interesting media face whose mind is much smaller than the challenge of the city he is now set to rule. May God protect London from his parochialism!