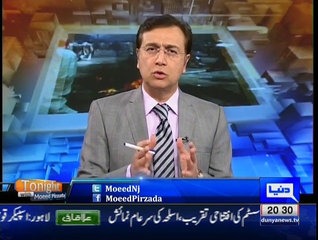 Dr Moeed Pirzada with Prominent Foreign Security Affairs Analyst Professor Dr. Hassan Askari Rizvi critically discussed the future prospects of  this truce agreement as The United States and Russia reached agreement on a partial Syria truce to go into effect after intensive Russian-American negotiations in Geneva culminated in a phone call Feb. 22 between US President Barack Obama and Russian President Vladimir Putin. Those Syrian parties and armed groups (minus IS and Jabhat al-Nusra) that accept the “cessation of hostilities” will not be targeted by the Syrian-, Russian- or US-led anti-IS coalition militaries, the joint agreement states. The United States and Russia, which co-chair the International Syria Support Group (ISSG) cease-fire task force, will map out where Jabhat al-Nusra, IS and other groups are and set up a communications hotline in order to try to adjudicate if and when there are violations of the truce terms, the State Department said, as officials acknowledged there were still procedural details to be finalized and much mistrust and skepticism about a way out after five years of brutal conflict. “We are all aware of the significant challenges ahead,” Kerry said Feb. 22 in a statement welcoming the agreement. “This is a moment of promise, but the fulfillment of that promise depends on actions.”Putin, announcing the deal in a special broadcast on Russian television, expressed optimism that it could help end the Syrian crisis.“I’m convinced that the joint actions agreed with the American side are able to radically transform the crisis situation in Syria,” Putin said in remarks posted to the Kremlin website.