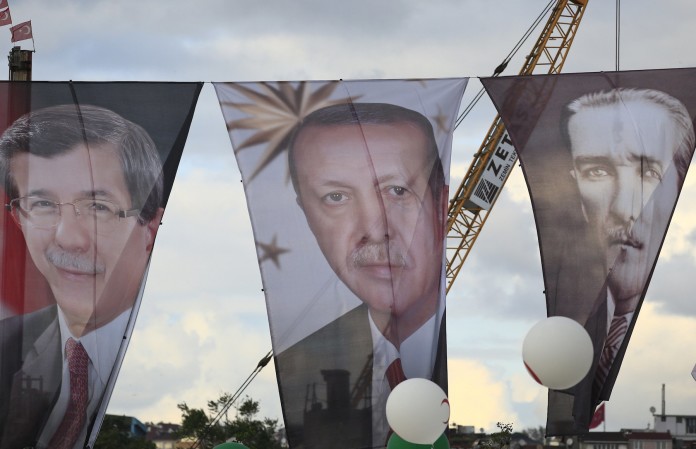 Many years ago I fell in love with Bosphorus, its bridges, fishermen and Turkey. This affair still continues. But just like the evolution of all passions in our lives my reasons have changed.

Eighteen years ago, I had just finished college — my first college. The University of Life had to follow. Travelling across Europe, Istanbul was my last stop before Pakistan. And it was the only place where I felt at home. Shopkeepers next to the Topkapi Palace and the fisherman at the Bosporus thought I was a Turk, and when I insisted that I am a Pakistani, they thought I am lying to claim the importance of a foreigner, of being different.

I had stayed in England and just passed through France and Germany so I knew the kind of importance you get when you are a Pakistani. They were laughing for they thought I was caught lying. I laughed at their innocence.

Fast forward. Last week, in Islamabad, now with GEO TV, I had the opportunity to interview Turkish Foreign Minister, Ali Babacan; who also happens to be one of the founder members of Recep Tayyip Erdogan’s ruling AKP party. And when, at the very outset of the interview, with the expressive gestures of his open hands, he said that Turkish people feel for Pakistanis and vice versa, for the first time, as a mediaperson, in all these years, I knew for sure that a politician was not lying.

Going back in time, to my first visit: I was staying with a family friend whose apartment on the Rumelian side of Istanbul, that is, the European side overlooked the majestic waterway that divides two continents and connects the Black Sea with the sea of Marmara. Then it was Bosphorus’s panoramic view, Istanbul’s majestic architecture and the warm acceptance by the Turkish people that inspired my imagination.

I was no doubt thrilled for standing at the edge of Asia and Europe, East and West — that stereotypical mumbo jumbo we all love repeating without any desire to reflect deeper. And, like everyone else of my generation in Pakistan, I looked around and saluted the modernistic legacy of Mustafa Kemal Ataturk, and wished we had something like that to take care of our own sweet sounding mullahs.

Yet eighteen years later it is the ferment of modern Turkey, its desire to look eastwards, its audacity to accept its roots in Muslim history while building bridges with the West that intrigues me. I now marvel at Turkish people’s self-confidence that allows them to revisit and question the principles of Kemalism, and I am overwhelmed at the sheer possibility of political inspiration for the Muslim world if Turkish politics — divided between Islamist reformers and secular conservatives — really succeeds in what it so ambitiously aims for: a modern working model of political Islam.

And from our own experiences and failures in Pakistan, we know how difficult it is. Take a quick look at the Muslim world and we either have the Islamists who look like or yearn to be like Taleban or the modernists whose liberal imagination, stolen from the pages of GQ or Oui, extends to little more than the juicy visuals of bars and bikinis.

Am I exaggerating? Reflect on the last few years and we either remember those neo-luddittes who ordered beards to be measured — two inches minimum. Or we had those buccaneers who looted national coffers in the name of liberalism, to live in Miami, London and Paris. Muslim world has failed, and failed miserably, to come up with a working model of political Islam.

And the roots of the trouble go deeper. Islamist movements are almost always borne out of the fear and insecurity of change; are therefore inward looking, anti-globalisation and based on the rejection of the West. They aim to resurrect an Islamic identity in isolation, picking up the threads from bygone chapters of history, and that is why they are never able to think beyond beards, camels and corporal punishments. They have never understood the irony that the models of governance they refer to have become redundant by the cruel hands of time and change.

And to even truly practice the spirit of Islam they first have to traverse the jungle, which is West. It is only by borrowing the best practices of law and policy from the West that Islamists can have any hope of reconnecting with their own glorious past.

And that is why what Erdogan, Abdullah Gul, Ali Babacan and the AKP party are doing in Turkey, again and again with popular consensus, becomes so important to all of us. Many in Europe and the US were worried that electoral sweeps for a party rooted in political Islam will mean an inward looking polity with rejection of the west. But AKP under Erdogan has turned this logic on its head.

Interestingly, after years of denials at the hands of Franco-German heart, strategists of AKP are under no illusions of Europe embracing them either. For them the struggle to join the EU and maintaining bridges with the West becomes a journey that provides them with a leverage to fight the illiberal secular elite of Turkey, its powerful military and Westernised media.

And by doing this they have bound themselves into a continuous process of change, growth and evolution — a point that has been missed by the secular elite in Turkey — either due to ignorance or by design.

But the liberals, who stand for globalisation, in New York and London have grasped what secularists in Ankara and Istanbul are loath to accept. And that is: the whole meaning of the west and the east has changed in the context of modern Turkey and that is why when the seculars try to throw out the AKP through the constitutional court in Ankara — as they are attempting at the moment — the loudest and the most nuanced warnings and protests emanate from New York Times and the Economist.

It is another tragedy that few in the Muslim world-be it in Karachi or Teheran — have invested cerebral energies in grasping what is happening at the edge of Bosporus and what it means for all of us.