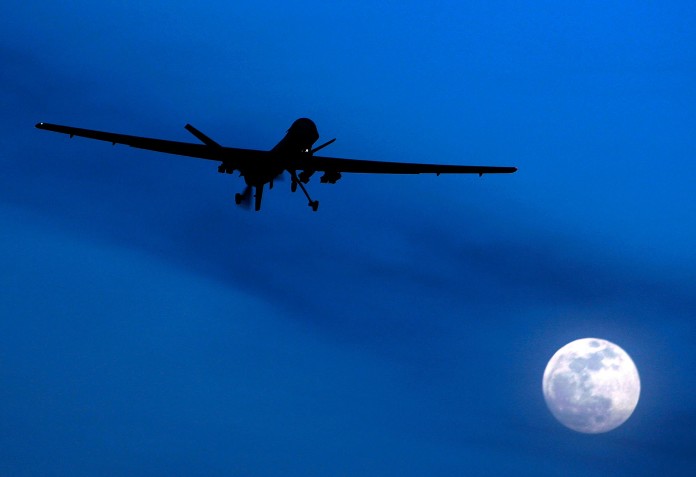 Hakimullah Mehsud’s death in Danday Darpakhel by US hellfire missiles on 1st Nov, 2013, is clearly the first palpably popular use of drone strike by CIA. However there is an equally fierce and shrill reaction from the government, media and political stakeholders. This paradox needs understanding to make sense.

Never since the death of Baitullah Mehsud in Aug 2009 there has been a drone strike that has clearly split the Pakistani public opinion. Generally speaking: the deep-seated suspicions – in which Pakistani public, media, civil servants, army officers and politicians view US intentions, and the role of CIA, in the region (Pakistan, Afghanistan & India) – have dominated the discussion about drone strikes. So drones have not been seen as “precision weapons” against “inaccessible enemies of state” but as part of a larger US design about which there is no clarity. The confusion, ambivalence and never ending theorizing regarding: elemental nature, possible motivations, covert links, and especially the “overall composition with the presence of proxies” of the thirty plus insurgent militant groups that together constitute TTP also adds to the climate in which Pakistani public and stakeholders – including the opinion aligned around Imran Khan and PTI – debate the American drones.

But since Friday, I have spent two days reading what common Pakistanis have written in their comments in newspapers, TV websites, blogs and including more than 150 comments on my Facebook page and there is a clear, unmistakable shift in favour of the use of the kind of drone strike that perished Mr Mehsud and his fellow henchmen. We don’t know if this potential “shift of opinion” was part of the calculus of the CIA and NSA teams when they decided to pounce on the actionable intelligence or not but they have caused – at least momentarily – a “public opinion split” But there are other interesting implications, which we need to understand.

First, Nawaz government has been caught with its pants down. It is obvious that either the Nawaz and team have been slapped on full face by the Obama administration or they themselves were on board with the Americans in some ‘fresh thinking” and are now doing the usual song and dance for the consumption of public, media and the opposition – especially PTI that was driving the agenda of APC. The killing opportunity for opposition is huge since the Nawaz government had gone on front foot painting an extraordinarily rosy picture of their discussions in Washington on the issue of drone strikes. Some key officials and ministers went to the extent of suggesting that Nawaz has now the confidence and support of Obama administration for its dialogue with the TTP. To suspicious analysts, the government exuberance about “peace process” had a strange feeling of “artificiality” but all of this has now crashed with the Interior Minister calling this “murder of the peace process”. This clearly presents the new government with its first serious domestic and foreign policy challenge and it remains to be seen how, with what compromises and in what form and shape, and with what kind of cuts and bruises will it emerge out of it.

Second, this creates a cocktail of political opportunities and huge strategic risks for Imran Khan and PTI. PTI’s base – with almost 80% of that located in Punjab – is young, impressionable, nationalistic and generally speaking more educated and politically aware of any other large mass grouping in Pakistan. They have been traumatized and extremely upset about the impotence of the Pakistani state in face of TTP’s savagery – especially after the killing of GOC Swat and the attacks on All Saints Church and its outfall for the national image. Imran’s appeal to his turbulent base is his promise to buy peace through negotiations, he emerged as the defining leader of APC, kept intact the faith of his supporters even after the recent savagery by TTP and his argument – shared by most politicians, media and public – is that continuing drone strikes will make the peace impossible; and it was with this fear in mind that Imran had been threatening “blockade of NATO supplies” if drone strikes interfered with peace talks. But to the supporters of Imran Khan the news and the visual imagination of Hakimullah Mehsud and its hated lieutenants groaning in blood and flesh is also hugely satisfying – even if by an American drone. Imran is now caught between his promise, audacity of his threat and the need to act wisely within the political theatre to save his leadership. The next few days will be equally crucial for him.