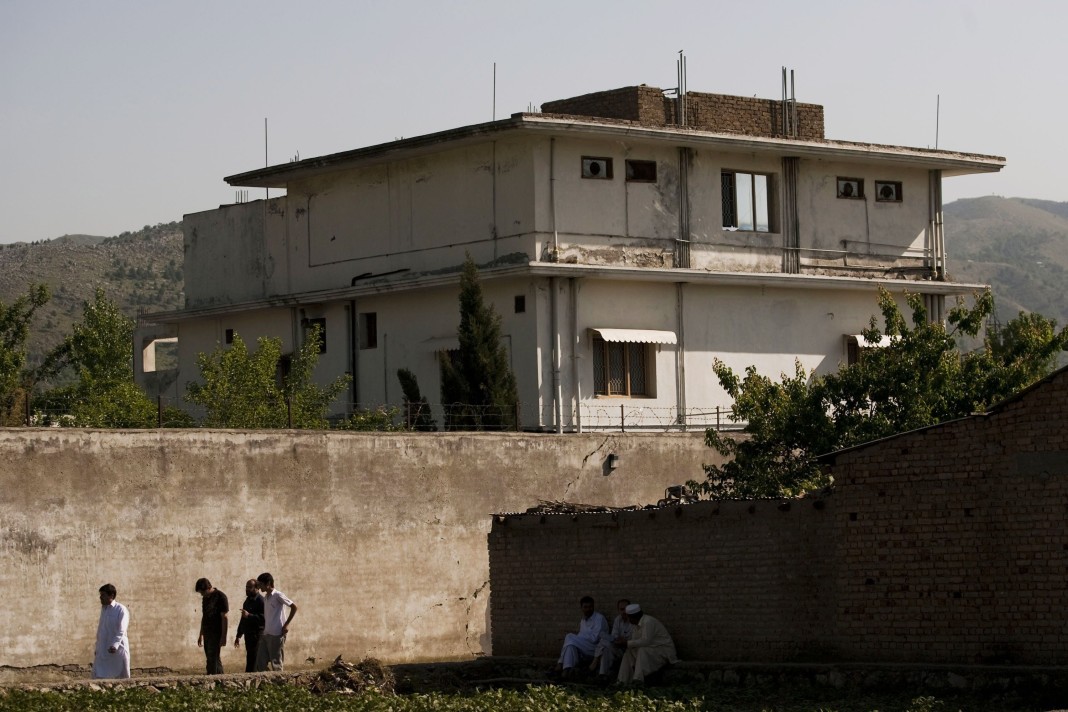 On the night of 1st May 2012, US President Barack Obama quietly landed in Afghanistan to conclude a long awaited agreement with President Hamid Karzai. This agreement outlines the nature of US role and engagement in the region after the 2014 withdrawal. Though Obama’s trip to region was unannounced but a TV address to the Americans back home was part of the schedule.

Can anyone miss the timing? Exactly one year after the killing of Osama Bin Laden in Abbottabad, and five months before the next elections, the US President zoomed out to the Americans, from an Air force hangar on Bagram airbase, within the theatre of war in Afghanistan, reminding them, without needing many words or direct references, of how they should perceive him: decisive, bold and a risk taker who sticks to plans unwaveringly and delivers on what he promises.

To his critics, Obama was never the national security president. If anything, this represented to them his Achilles heel; he was someone who did not serve in the military, someone who had opposed wars, was weak on Iran and not a real supporter of Israel; and his Afghanistan strategies of troop build-up and withdrawals never made much sense to them. Killing of Osama Bin Laden as he had promised changed all that. No wonder his campaign managers- masters of neuro-linguistic programming (NLP) -are whispering precisely that in millions of ears, in a very subtle way. Vice President Joe Biden was the usual uncouth who openly said it on 26th April while speaking at New York University in Manhattan when he made his famous comments that “Osama Bin Laden is dead and General Motors is alive”. But the message from the invisible campaign managers is clear: Obama now stands head and shoulder above the Republicans and the likes of Mitt Romney when it comes to taking risky decisions on national security.

Ironically if Obama and those around him had celebrated the death of Bin Laden with such overt political fanfare and point scoring in the May of 2011, then Republicans or their allies in media will have been tempted to raise some of those difficult and embarrassing questions which many others outside the mainstream media were trying to grapple. But then Obama sold Bin Laden’s death as a sombre moment of national unity and Republicans had no option but to camouflage their anxieties and rally around him for an enthusiastic cheer.

But even after a year of jubilation and plethora of writings on the subject those questions still remain valid and need answers. Most writings that have appeared since the Bin Laden death, either relying upon sources in Washington or those involved directly or indirectly with operation Neptune Spear, have tried giving operational details with such flare and in such minutiae that they become ridiculous or perhaps suspect in intention. For instance we now know that the military dog used in the operation was a Belgian Malinois named Cairo. We live in a day and age in which limitations of human mind have been studied very well, and one such limitation is that if you overload the field of information with abundant details of diverse nature, then on one hand you reduce the mind’s ability to critically evaluate it and on the other, you end up making your arguments look credible.

Another reason why official positions of western governments are seldom critically evaluated is the fear of being accused as a “conspiracy theorist” Take the interesting example of open source encyclopaedia “Wikipedia” which has about a forty page long entry on the death of Osama Bin Laden but has summed up all criticism of the same account in 5-6 lines under the heading, “Conspiracy theories”. Those who have the power of creating narrative have also mastered the art of protecting the narrative by delegitimizing the critic by branding him or her as a conspiracy theorist. Yet the questions raised by the so called conspiracy theorists may lead to alternative explanation of the same event.

Skeptics, in Pakistan and across Muslim world, belong to different shades and strata and don’t necessarily have a common narrative or position. If you hear them it is obvious that they are unable to come up with a coherent alternative explanation of what might have happened but all of them were intrigued by many aspects of the official American narrative: no body to display, no photos or video, an unimaginably quick DNA testing, and a hasty disposal in sea within hours while the world was still waking up and rubbing its eyes and ears to hear, absorb and make sense of the news. But let’s look at some aspects by zooming in. To begin with: why did the initial sequence of events keep changing on 2nd May, 2011? Initially, it was said that Obama and his national security team watched the whole operation via a video link and that a commando identified OBL -who was unarmed – and shot him once the permission was granted from Washington. As soon as the question about why he was not captured alive when it was possible to do so started doing the rounds, the story abruptly and embarrassingly changed into a new version in which video link was lost for twenty minutes and the commandos on the ground took decisions as per the evolving situation.

Though some skeptics even question if the man who was killed was OBL, the far more important question is that why wasn’t America’s and international community’s declared public enemy number one captured alive? Though he was never indicted for crimes of 9/11 but he carried an indictment for his role in the Tanzania & Kenya bombings of 1998; why was, then, Operation Neptune Spear, as we so clearly know now, predetermined as a Kill Operation? This becomes a very provocative question if one considers that Khalid Sheikh Mohammad and others whom the 9/11 Commission found directly responsible for the terrorist acts related to twin towers were arrested and are passing through a long drawn prosecution. What was it so different for Osama Bin Laden when he was liable to be arrested, under US law, because of pending indictments? Was he impossible to deal with because narrative of the last one decade had made him bigger than what he really was? Or a closure was being sought by ending his chapter?

Let’s move forward; let’s accept that for some reasons of the deep state or national security or legal complications of trial it was decided to eliminate him, to seek closure but why not display his body to the media or to the world? This has been a practice from times immemorial and Americans have not shied away from putting bodies on display; Oday & Qusay in Iraq or Mosab Zarqawi are good examples. But forget about the display of body, US even refused showing the videos or photo for fear of graphic images. This sudden US sensitivity for Muslim feelings, that had never been seen before or fear of public reactions that never materialized became quiet unconvincing explanations. The very fact that not much happened in any part of the Muslim world in response to Bin Laden’s death only serves to prove that the reasoning advanced to justify strange US actions had no basis in reality.

It was in response to such concerns everywhere that government watch dog group, “Judicial Watch” and later Associated Press had filed requests under the Freedom of Information Act (FIOA) with the US military and CIA to view and obtain photos of the Bin Laden killing. US military took the position that it does not have any such photos or videos and CIA rejected the request citing that national security gives it immunity from FIOA. Judicial Watch sued CIA in the federal court and after many months of hearings, a few days ago, on 26th April 2012, Judge James Boasberg agreed with the position of CIA and military that releasing such photos will be a threat to US national security.

If national security concerns have become an issue so important in a country like the United States that they override the rights created under the Freedom of Information Act then it was pointless to expect any transparency in Pakistan. Though much has been made of the presence of Bin Laden ladies and children or the startling information they provided to investigators. The fact remains that in a country without any culture of institutional transparency and accountability, the Bin Laden ladies and children were tightly guarded like sacred Faberge eggs; whatever information was collected from them trickled out to some select sources or western journalists in a most regulated fashion to be used in a desirable way to advance the dominant official versions of both the United States and Pakistan. Pakistani journalists had many troubling questions about these ladies, their relations with OBL, their possible role in the events that transpired but these could not be explored.

The bottom line is that whatever we know and believe or are forced to believe in the absence of alternative sources of information is because the governments of both the US and Pakistan have told us so. This is hardly an enviable position given the history of both governments to mislead their publics. We don’t know many things: How was Osama Bin Laden living in Pakistan for so long without being detected? Was the relationship between the US & Pakistan post OBL death as antagonistic as it appeared from the accusations of Leon Panetta? Why despite US media’s haranguing that “someone in Pakistan must have known” the US government has not pursued this line of enquiry? What was the basis of the claim by many, including Gen. Musharraf that OBL may have died of kidney failure? If the man who died in Abbottabad was indeed OBL then he could not have been in need of renal dialysis in 2000, so was that a calculated disinformation?; And by whom? Why did President Bush keep on showing disinterest in the fate of OBL? What was the significance of the OBL tapes that kept on appearing on strange timings, for instance the famous admission that appeared just before the second Bush election in 2004?

Sometimes puns and jokes say it better. After OBL’s killing whenever the US media and politicians or even the pundits in India raised this question: how could nobody in Pakistan know? They wanted to argue that Pakistani establishment or a part of it must have been complicit with OBL or Al Qaeda. The narrative in Pakistan had been somewhat different.

Here, after 2002, there was a twofold argument: one, OBL must have died of kidney failure or, if he was alive, he must be in a safe house, to be traded with the Americans at a suitable time. Many also thought that ISI & CIA must have kept him in “custody” to be used at an opportune moment. The joke was: OBL will be arrested or killed before a US election; though everyone thought it will be to help the Republicans.

A government-appointed investigative commission, commonly referred to as Abbottabad Commission has been working for the past several months. It has interviewed almost everyone who had reason to know something or could have offered any insight into these and many other questions and the jokes. Its report is expected somewhere in the middle of May 2012. But I doubt if Commission will be able to offer any definite answers to many of these questions or public jokes. The reason may not be for lack of understanding. It is quite possible that the state of affairs between the US & Pakistani establishments on the issue of OBL may not have been as “unfriendly” as it appeared because of the violation of the Pakistani airspace and it is quite possible that President Obama has not been the kind of risk taker which his campaign managers want Mitt Romney and the American voters to believe.