They say if you find yourself fallen into a pit, the first thing to do is stop digging. Afghanistan has long been an abyss, owing to the lack of vision and political insight from both itself and stakeholders. Policy change by the US – yet again – (ostensibly diminishing Pakistan’s role and bringing in Iran and India as new interlocutors); Afghan government’s peace-agreement with Gulbadin Hekmatyar, the notorious “Butcher of Kabul”; President Ashraf Ghani’s rancour against Pakistan; and Afghanistan’s internal power tussles all serve as ingredients to the country’s continued instability.

The US Congress’s move to declare Pakistan a terrorist state seemingly stems from a desire to make Pakistan into a scapegoat for US failures in Afghanistan. Considering Pakistan’s influence in the region, however, this strategy will only further push back the potential for Afghan peace. Apart from historical ties, the Pak-Afghan ‘love-hate relationship’ has shaped their interdependence. Late Lt. Gen. (Ret’d) Hamid Gul – who headed Pakistan’s Inter-Services Intelligence (ISI) during the Afghan Jihad against the Soviet Union – had meaningfully said, “It takes an Afghanistan to make an ISI.” Various other experts have also warned the US policy is likely to backfire.

Moreover, inclusion of Iran and India in the peace process will bring added complications. Saudi Arabia’s past support to the Taliban and its high stakes in Afghanistan makes it unlikely to approve of any role of Shiite Iran. The recent Saudi-Iran fracas over Hajj and Saudi-US frictions over ‘9/11 Victims Bill’ have already made Saudi Arabia edgy. Secondly, India’s inclusion as a neutral arbiter is equally slim considering its lack of a contiguous border with Afghanistan and alienated relations with the (Pashtun) Taliban due to India’s continuous support to the former Northern Alliance of Tajiks, Uzbeks and Hazaras. Indeed, the Taliban have already warned India against providing weapons to the Afghan government.

Furthermore, India is already in competition with China in the region. As a major player in the ‘Quadrilateral framework,’ China has already won the Taliban’s trust, reinforced by frequent discussions between the two. Finally, Pakistan, due to prolonged tensions with India over unresolved territorial disputes, would never allow India gain a foothold in the region. Pakistan repeatedly blames India – with some element of truth – for carrying-out a proxy-war in its tribal areas and Balochistan province while using Afghanistan as springboard. Further, India has long been accused of attempting to encircle Pakistan through its strategic relations with Iran and Afghanistan. In his book War against the Taliban British journalist Sandy Gall notes: “The policy of [seeking] ‘strategic depth’ [in Afghanistan] is the key to understanding Pakistan’s Weltanschauung … [P]ersuading India to compromise on Kashmir … [could make] Pakistan to abandon its out-and-out support for the Taliban.”

The peace agreement between the Afghan government and Gulbadin Hekmatyar – cheered as a major breakthrough – also brings more challenges than dividends. No doubt, the accord has provided the peace-process a ‘template’ which can be emulated by the Taliban. It has strengthened Mr. Ghani’s (falling) political (and Pashtun) credentials. His presence in the government may also improve Afghanistan’s relations with Pakistan considering Mr. Hekmatyar’s past association with the ISI.

However, Mr. Hekmatyar also brings a lot of historical baggage. He is seen in Afghanistan more as a villain than a hero due to his war crimes. The street protests by human rights groups and victims’ families didn’t allow him to step into Kabul to sign the accord (which was done through a video-link). Hekmatyar’s Hizb-e-Islami had fractured long ago, when breakaway comrades joined the Afghan government, forcing him to live in self-exile in Iran.

Furthermore, Mr. Hekmatyar’s support for Daesh is worrisome; the US still designates him a “global terrorist.” As such, within the Afghan culture of revenge, it would be impossible for the former Northern Alliance to forgive-and-forget the blood on Mr. Hekmatyar’s hands; he has yet to apologize to the Afghan nation for his human rights abuses. Finally, Mr. Hekmatyar’s candidature in the next presidential election will intensify ethnic feuds and political Buzkushi.

As he refuses to talk with the Taliban, President Ghani’s sudden estrangement with Pakistan is equally confounding. While demanding Pakistan to present the Taliban for talks or take military action against them, Mr. Ghani forgets that it was his own government which had scuttled the ‘Murree Process’ in July 2015 by disclosing the death of Taliban Emir Mullah Omar just 48 hours before the talks – in which a ceasefire was expected. Also, under the UN charter, if Pakistan is expected to act as a mediator/facilitator in the peace process, it cannot use force against any party to the conflict.

As a key-holder of Afghan peace, Pakistan’s grievances against successive Afghan governments are also noteworthy: First, Afghanistan does not recognize the Durand Line border, despite its adherence to all international boundary protocols. Celebrating a ‘Pashtunistan Day’ every year on 31st August, Afghanistan continues to claim Pakistan’s Pashtun areas. The introduction of Pakistan’s new border crossing mechanism in June 2016 led to the exchange of fire, loss of life and border closure.

Furthermore, Afghanistan continues to provide refuge to insurgent Baloch leaders and their fighters, while granting India a proxy platform to cause unrest and subversion in Pakistan. In regards to economics, Afghanistan’s pursuit of an alternate transit trade-route, which bypasses Pakistan, through Iran’s Chahbahar port, hurts Pakistan’s economic interests. President Ghani has also threatened to block Pakistan’s trade access to Central Asia if it does not allow Indian trucks to use Pakistan’s soil. Finally, by granting sanctuaries to the Tehrik-e-Taliban Pakistan terrorists, Afghanistan has compelled Pakistan to expel Afghan refugees by March 2017 – declaring their camps terrorist “safe havens.”

Afghanistan was perhaps a lost cause from the beginning. A lot of ink has been spent establishing the failure of America’s ‘fluid policy.’ Just as President Obama wrapped-up the follies of Iraq, the new president will likely end this conflict, the longest war in the US history. Finding America’s “imperial overreach in Afghanistan unfortunate” Robert Grenier, the CIA station chief in Islamabad at the time of US invasion in Afghanistan, concludes in his book 88 Days to Kandahar: “[F]ailure is always an option. That was true in Vietnam; we are finding it true of Afghanistan today.”

Afghanistan’s challenges are many. Amid reports of Ghani-Abdullah disagreements over several issues, the unity-government’s two-year power-sharing agreement came to an end on 30 September 2016 without achieving its major objectives: Political and electoral reforms to pave the way for parliamentary elections could not materialize; neither could Loya Jirga be convened to transform the Chief Executive’s office into that of a prime minister. Meanwhile, corruption remains an issue; although diplomatically mute, yet it kept resonating in the Brussels aid conference.

Mr. Ghani, with his already weak political support, faces three opposing forces. One is headed by former President Hamid Karzai, who remains a fierce critic of president’s policies and wants to shed his image of former Afghan ruler, Shah Shuja – who was enthroned by the British during First Anglo-Afghan War – carrying similarities with Mr. Karzai’s coronation by the US in 2001. The second group comprises of Mr. Abdullah and his warlord supporters who have steadily strengthened themselves both financially (through corruption) and militarily (through private militias). Third, an opportunist Pashtun warlord Abdul Rasool Sayyaf keeps pressurizing Mr. Ghani for political perks and privileges through his Afghanistan Protection and Security Council.

Their loathsome practices notwithstanding, it must be accepted that the Taliban is a part of Afghanistan’s national fabric and ethos. Taking “responsibility” for past policies, former US Secretary of State Hillary Clinton courageously admitted, “Let’s remember here … the people we are fighting today we funded them twenty years ago … and we did it because we were locked in a struggle with the Soviet Union.” It should be reassuring that the Taliban no longer subscribe to any Islamic extremist organization such as Daesh, whose presence has been acknowledged in the country by senior US commanders.

While pledging aid, the Brussels Conference should have been an opportunity to give some serious counselling to the Afghan government, urging it to: 1) Earnestly reach out to the Taliban and other insurgents for reconciliation; 2) Convene Loya Jirga and institute necessary reforms; 3) Ensure rule of law, eliminate corruption and establish a system of checks and balance; 4) Improve relations with Pakistan; 5) Establish a Truth and Reconciliation platform, where all warlords seek forgiveness from their nation; 6) Proscribe all private militias, and; 7) Stop internal political bickering and power-tussles.

But then it seems Adam Smith had Afghanistan in mind when he said: “There is a great deal of ruin in a nation.” 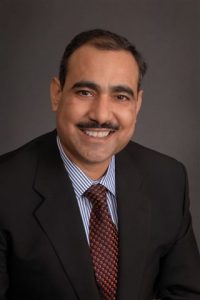 Adnan Qaiser began his professional career as a commissioned officer in the Pakistan army and took early release as a Major. While working at various command and staff positions, he developed a thorough understanding of national politics, civil and military leadership, intelligence establishment, regional geopolitical players and the security and policy issues that preoccupied them. Moving on to international diplomacy, he fostered political, economic and cultural relations for the next 12½ years at bilateral and multilateral platforms, watching closely some of the most turbulent times in the South Asian and Middle Eastern politics from a G7 perspective. Emigrating to Canada in 2001 he upgraded his education and worked at various senior positions in public, private and not-for-profit organizations. Speaking many of the languages and having deep insight into the region he keeps writing (and publishing) papers on Pakistan, India, Afghanistan and Middle East (including Canada’s military engagement in Afghanistan) and has been a regular commentator at Canadian television as well as a speaker at various eminent Canadian think tanks. He can be reached at: a.qaiser1@yahoo.com.

Note: The article has been first published by Conference of Defence Associations Institute, Canada Afghanistan: Reinforcing Failure in a Lost Cause by Adnan Qaiser.