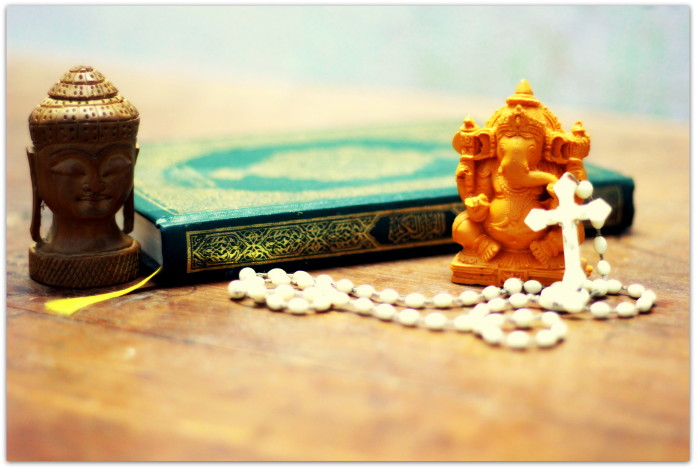 In days of such “narrow focus” the wider world gets blurred. No wonder few have paid attention to the kaleidoscope around us: the Russian elections, the visit of the Ahmadinejad to Baghdad, the tightening of the economic sanctions by the UN Security council on Iran or even the sensational swings of the US primaries.

But away from the glare of all this mega politics — of nations, major megalomaniacs and their ego trips — I want to focus on an event that had appeared on the retinas of our consciousness like a flash and then disappeared into oblivion.

It too involves some “minor megalomaniacs” and some idiots, yet to my mind it was a manifestation of the age we live in: the age of global inter-dependence; a reality that has landed upon us without giving us any opportunity to adjust to its myriad challenges…

Geert Wilders, a member of Tweede Kamer, the Dutch House of Representative, is making a short film, “Fitna” that aims to prove that Holy Quran is “a fascist book”. A clip of that film was placed on You Tube, in Europe. Government of Pakistan, apparently, alarmed that this might spark riots and violence decides to shut down the You Tube in its jurisdiction.

And then a miscommunication takes place between PTCL — Pakistan’s largest telecom company — and PCCW — a Hong Kong telecom giant — and the blocking message starts replicating on the Internet world wide. Result: You Tube shuts down across the globe. First complaints arise from California. If there was ever any need to demonstrate the physical interdependence of the world we now live in —  then this was it. Yet most of us fail to realise and accept that physical reliance places new limits upon our individual and collective lives and decision-making process.

Government of Pakistan’s decision, for instance, to ban the You Tube was a 19th century mentality, first invoked in Victorian England against the Penny Press, in application against technologies of 21st century.

It appears that no one really bothered to understand the nature of You Tube; it was not a billboard lying open in physical space. Access to the web site is already restricted by the barriers of: possessing a computer, having an internet facility, high speed connection to download You Tube and finally the ability to understand, given that most of the material related to “Fitna” was actually in French.

No wonder many in Pakistan suspect that the Musharraf government’s real objective behind the decision to get rid of the You Tube, in its realm, was to prevent its citizenry from watching video evidence of election rigging cropping up in the cyber space.

Having said this, the idiocy of the Pakistani establishment is equally matched by the prejudices and confusions of the European mind. And it reminds me of an interesting interaction.

Many years ago I met a lady, in a party somewhere in Islamabad. She was in her late forties passing through a difficult divorce and I in my young twenties, fully hormonal, with an eye on her niece. I told her that I knew I would be a very liberal husband. And she said: “How do you know; you have never been married?” And I retorted: “Because I am a liberal and I know myself” and she smiled the kind of smile you see on Mona Lisa.

Even then I had consumed the writings of Russell and Voltaire and used to be a great defender of Salman Rushdie; but over the years as I evolved through a liberal lover, a conservative husband and a possessive father I kind of fathomed the cynicism of her smile. And I smile the same when I see the Europeans brandishing their placards of secularism. Gentlemen, there are phases of knowing thyself.

The idea of a well-rounded educational background for legislators is a controversial one. However, in case of Geert Wilders this assumes some significance. This Dutch member of the parliament and founder leader of his “Party for Freedom” has a Health Insurance course and some law certificates as evidence of cerebral exercise. Armed with these impressive insights into human history and in this age of global interdependence, he has launched his crusade to “reform Islam and Quran” to “tailor them to suit the Dutch law!

Lunatics exist everywhere. But what have Dutch government, media and the intellectuals done to expose him, to cut him to size? Well the answer is: In December 2007 the mainstream radio station, NOS — radio declared him the politician of the year. Imagine the Western reaction if a popular TV or radio station in Pakistan celebrated a rabid Mullah uttering profanities against Christ or Christians?

Immanuel Kant in his 1795 essay, “Perpetual Peace” had argued that it is not the state of peace but the state of war that is the natural state among men living side by side and for peace we have to strive hard. Yet more than 200 years later when microchips and Internet have placed us face to face, many still fail to realise the responsibilities of an age of interdependence.

Ironically, it is least appreciated in the countries from where most jargon of globalisation appears. Perhaps, if for nothing else, then to add some credibility to its lectures worldwide, European Parliament should either arrange for the hospitalisation or the forced university education of Geert Wilders. It may be a small step in the right direction!