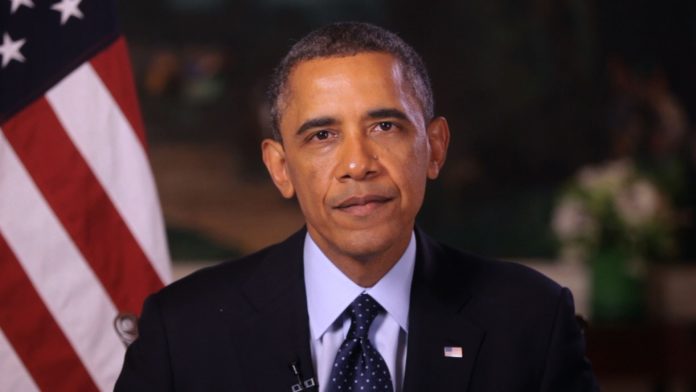 Recently White House issued US President Barack Obama’s income and tax records. These were really interesting. American President in 2015 had a gross income of US $ 435,000/- out of which $395,000 was his  official salary as President and the rest was his declining royalty from his two books. On this gross income of $435k, Obama and Michelle paid an income tax of $81,000/- leaving them with net $354,000/- for the whole year. In Pakistani terms (taking a rough equivalence of Rs. 100/$) this comes to around Rs. 3 crore and 5o lakhs over a year. Not bad, but keep reading. And while you read, keep in mind, that Obama has been the twice elected President of a $16-17 trillion economy; and given the ‘matters of transparency’ and the atmosphere of ‘American politics’ you off course don’t expect him Obama and Michelle to be missing anything from this statement.

American president’s income was around $750,000 in 2011 records. It has been steadily declining, as royalties from his two books – Dreams from my Father & Audacity of Hope – peaked in 2009 and 2010 and then started declining. He has grossed a few million dollars in total from these two books, and will make a few million dollars more from his books, memoirs that will appear, hopefully, after 2017 and off course the lucrative lecture circuit.

Now lets come back to our beloved Pakistan. Islamic Republic of Pakistan. The Land of the Pure. Pakeeza. We are nominally, in black and white, around $300 billion economy; so less than 1/50th (One fiftieth) of the gigantic American economy. But don’t get worried, I am not going to  make any comparisons with Asif Ali Zardari and Nawaz Sharif. I am not that stupid. Off course these are rich people. You don’t compare these kind of genuinely rich people with an ‘upstart’ kind of person like Obama. A mere professor, a struggling idealist author who got a jackpot and became the American President.

But what worries me is that from Khyber to Karachi, there will be at least hundreds of, if not more, officers of Police, FIA, IB, ISI, FC, District Management, Customs, Income Tax, Revenue, Railways, Oil & Gas, lower judiciary, Public Works, Education, Agriculture, Development authorities like LDA etc and so on who make more than Rs. 4-5 crore a year. And these are not necessarily the top  bosses either. Many of them will be in their grade 18-20, that kind of seniority level. Officially their incomes will be around Rs. 1-2 million a year, but their real take home will be more than Rs. 40-50 million, i.e. 4-5 Crore each year. In many instances, much more than that. Definitely much more than the net income of American president.

Anyone, who is in Pakistan – those who are in government departments, in media, in politics – will know that I am not exaggerating; I am only giving a fair estimate – without naming anyone, with out prejudice to any one. Only making a systemic judgment. Most newspaper comments keep on pointing towards this. So what does it really mean? What does it mean for the state of Pakistan, for democracy and elections and rule of law?

Not every government position is that lucrative. In fact, most are not. But few slots in every department have that kind of ‘unofficial income’. These are usually the hotly pursued, hotly contested, sought after positions. Officers who get these are being rewarded by their political or bureaucratic bosses. Sometimes, those who get these positions, may have to put up an advanced deposit (that was heard more often in PPP days under Zardari Sahib) but in most situations, they, the officers in lucrative positions, are supposed to serve their mentors and superiors. And that can take different forms.

Since most positions in the government, are not lucrative and lucrative positions are not achieved on merit, but on the basis of loyalty. So all these officers on ‘lucrative positions’ are perpetually insecure, perpetually afraid, always on tenter hooks, they can loose their privilege anytime. Whenever these ‘timid souls’ earn the wrath of their mentors, they will loose such positions – and can suffer from rainy days; such rainy days for them, their wives,their children, their relatives can last from few moths to several years.

But none of that should or would have surprised you. Most of you – barring very young, and those who were born abroad, or live in North America from very young age – are already aware of this situation. This is a ‘Panama File’ that is present in every city, town and district of Pakistan. This is the real ‘Pajama Scandal’ of Pakistan. Because all these characters  – our friends, relatives, cousins, lovers, husbands – are known to us. We just don’t want to talk about it. There is no use talking of it. I have never named anyone in my programs, comments, blogs or tweets. Never. Like the ‘Panama Files’ which we will forget, with next bomb explosion, next Indo-Pakistan tensions, next cricket match, next US warning, this corruption is something we have forgotten. We know of it, we detest it, we condemn it – if we are not benefitting from it – some journalists threaten and blackmail such officers and  extract ‘good money’ by threatening to expose these people. Research on corruption is often done, and never published, in Pakistan with this goal in mind: Blackmail the corrupt. Departments like FIA, Anti-Corruption etc which have the power to investigate corruption are generally perceived to be the most corrupt. But by and large, we live with it. We have accepted it; this is our way of live, this is our culture.

So why even talk about it? about the hundreds of Pakistani officials who make more than the US President each year. What is the point? I am not against them; if anything I sympathize with all such characters, for they have lost what I value the most: self-respect.

Let me come to the point. This sea of corruption, or in more professional terms: system of corruption, provides an ‘architecture of control’ within Pakistan. This is both formal and informal, visible and invisible. Lucrative positions are all known, known to all who have to distribute them. Since progress in public sector – despite whatever anyone tells you – is not on merit. So distribution of ‘lucrative positions’ and ‘good powerful jobs’ to your insecure, afraid loyalists means consolidating your ‘system of control’ on their lives, on their minds, on the shopping budgets of their wives, travel accounts of their families, school education of their children, cars they drive, watches they wear and the phones they use and thus on the whole mechanism of governance. A model of governance through ‘fear and insecurity’

Change of governments, the real change of power, as it happened in 2008, will take place through mechanisms and agreements – like the Lawyers Movement, a mysterious CJ, a NRO decided in London and the US – outside the control of the people of Pakistan and their elections. Elections will continue to be held for reasons of legitimizing, affixing the stamp of international approval, on that ‘continuation of power’ (as happened in 2002 & 2013) or legitimizing ‘transfer of power’ (as in 2008). Elections will continue to be like the ‘college degrees’ which you get, without studying, without deserving, with a book in toilette or under the table with an equation with the invigilator. As long as the ‘Architecture of Control’ through ‘afraid insecure lives’ continues, the nature of elections will not change either. Hope this helps understand the ‘nature of democracy’ in the Islamic Republic of Pakistan where with the grace of God, junior functionaries of the state earn more than the American President. Who says: Miracles don’t happen these days. Is not this a ‘miracle’? Lord be praised! Amen!