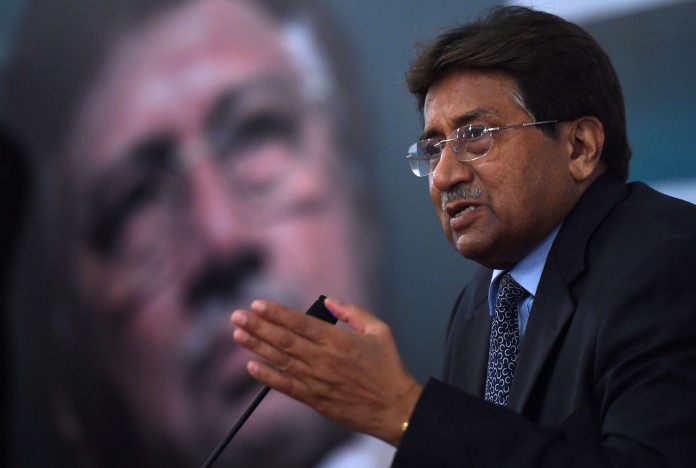 ISLAMABAD: Former president Gen (retd) Pervez Musharraf, as per his lawyers, will not appear in court today (Monday). Prime Minister Nawaz Sharif’s statement on Saturday – the first of its kind regarding the ongoing Musharraf trial – appears to be an attempt to stand firm and signal to the visiting Saudi Foreign Minister Prince Saud al Faisal that he is not prepared to listen to any arguments on the issue. But it is also a calculated internal political communication to dispel the impressions of any compromise.

It appears that the government attaches far too much importance to allegations of “deal, compromise, muk-mukka” by certain strongly opinionated quarters. The risk is that in this ‘selective listening’, it may end up ignoring the larger political field – not only the military but civil society and educated middle classes – which have many dissenting voices and where this process is being seen as patently unfair.

Once elected, governments transcend party lines and support bases; they become custodians of the state and society and they have to take all sides along in search of a common future. This is where the quality of leadership lies. Nawaz’s popularity, mass appeal and public connect have been validated by the process of history. Now he faces the challenge of delivery. Any ill-conceived moves that take him on a slippery path sharply polarising society – between his supporters and opponents – will be harmful to his legacy and to Pakistan.

The Nawaz government’s strategy in trying Musharraf for November 2007’s brief emergency and avoiding the original sin of 1999 is not only to avoid a Pandora’s Box from being opened but also to give impression that this is not a ‘personal vendetta’ but a constitutional and legal matter and courts have to decide as Nawaz once again asserted in his statement of January 4, when he said that the “state and constitution are the real petitioners in this case”. Unfortunately for the government, this facile and clumsy argument to force Pakistan’s troubled politics inside the container of law and court fails to convince anyone — neither the critics nor supporters.

Anyone who had achieved the age of consciousness by October 1999 remembers that Nawaz Sharif and family’s exit to Saudi Arabia in December 2000; gradual move to London in 2005 and 2006 and return to Pakistan in 2007; the NRO which BB struck with Musharraf courtesy the Americans and midwifed by Gen Kayani, were all political decisions and compromises by different sides.

Also the lawyer’s campaign; it’s able steering by Aitzaz Ahsan; final restoration of the Chaudhry Court through a political putsch by PML-N and again midwifed by Gen Kayani, are all political decisions much bigger than the process of courts and the municipal law. Where we stand today, with all its benefits of relative stability, and promise towards a better future under the stewardship of Nawaz Sharif, are fruits of a long-drawn political struggle laced with necessary compromises by all sides; PML-N, PPP and the army and external stakeholders like the US and Saudi Arabia. Suddenly turning around and arguing that a special court appointed with the blessings of ex-chief justice Iftikhar Chaudry will sit on the judgment of complex and difficult issues of political divide in Pakistan is unfair, unwise and fraught with dangers to say the least.

Real objectives appear to be, first, revenge and, second, assertion of moral authority over the military.

One cannot belittle the feelings or desires for revenge, given how badly twice elected prime minister and some of his colleagues were treated and humiliated in 1999. However Nawaz and his close colleagues – their resilience, patience and ability to hold and spring back – have been vindicated by the process of history. As far as sending message to the military goes, one need not look beyond Egypt.

If Nawaz avoids “selective listening”, he will realise that beyond PML-N loyalists, a group of lawyers and vocal voices in the media – with personal grudges against Musharraf – there are innumerable Pakistanis in the educated middle classes, business community and minorities who may not be impressed by Gen Musharraf’s delusions of grandeur and political mumbo jumbo but do see him as someone who had provided able leadership at a very difficult time after 9/11; good economic governance, revolutions in the media and telecommunication and a clean government at the top without allegations of him or his family siphoning billions.

If this case advances, all these arguments taking shape will open up old wounds, pitch strong opinions against each other and polarise the political field. These feelings are very strong in the city of Karachi. Also, while the top leadership of the military cannot and will not speak on the subject, the rank and file officers are perturbed; the Urdu translation of traitor (ghaddar) is far too strong and disturbing for most soldiers and officers who pledge their lives – literally blood and flesh – around loyalty to the state.

The challenge now is not to prove one tough by settling old scores but to move ahead by taking everyone along. This is called ‘mature politics”. Top decision makers are often surrounded by armies of sycophants, and in this milieu even honest and sincere critics of government actions can be seen as enemies. But the quality of leadership lies in listening to sane advice and finding “solutions”.

The writer is group analyst for the Express Media Group.