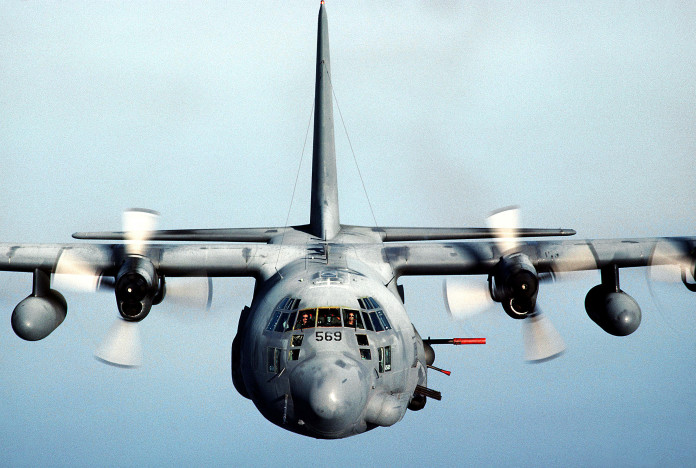 Clearly defined and understood parameters of engagement will prevent the US and its allies from being sucked inadvertently into a large conflict of incalculable dimensions Fyodor Dostoevsky had once written: “Nothing is easier than to denounce the evil doer. Nothing is more difficult than to understand him.” Almost 140 years after the publication of Demons (or The Possessed, as it was called in English), this is still as difficult if not impossible; especially if the demons are our own.

I was at a diplomatic dinner; the topic was Pakistan’s boycott of the Bonn Conference after the NATO attacks. Many Pakistanis were quietly asserting that these attacks look deliberate and most diplomats were aghast, for they found it difficult to believe that a rule-based organisation like NATO could deliberately do something that heinous and wild. Back in my home I opened Steve Job’s gift, an iPad, for my nightly bibliotherapy. A little surfing took me to Foreign Affairs and there I found this new piece, ‘Talking Tough to Pakistan’ by a certain Stephen Krasner that had first appeared on November 29, 2011. Lying lazily in my bed, I started galloping through its oft-repeated accusations of ‘Pakistani double games’. But soon I had a tingling sensation in my spine. I sat up and squinted my eyes to read carefully. Is he suggesting that the US should actually attack Pakistan?

Krasner was arguing that the only way the US can actually get what it wants of Pakistan is to make credible threats. And what will those credible threats be? Krasner suggested, among other things, an escalation of drone strikes, electronic jamming of Pakistani airspace, initiating cross-border raids by Special Operations against specific targets of such short duration that Pakistanis cannot retaliate with conventional forces, and finally strengthening US ties with India. This frightening cocktail of punishments had an amazingly benign name: “Malign Neglect”. His second set of punishments came under “Active Isolation” that included declaring Pakistan a state sponsor of terrorism.

Now fully ‘sleepless in Islamabad’, and intrigued by who this Stephen Krasner was, I clicked on his brief bio, expecting that this ‘warmonger’ will be a frustrated Major or Colonel prematurely retired from service in Afghanistan for ‘cerebral deficit’ but it turned out that Mr Krasner is a professor of international relations at Stanford University, a senior fellow at Hoover Institute and has served as Director Policy Planning at the US State Department. Wow!

Will it be unfair to ask the question: how many military and intelligence decision-makers inside Afghanistan may be possessed by the demons of Krasner? And let’s not forget, this warmonger professor from Stanford is just one of the many dozens of military officers, analysts, policy wonks and media pundits who have been continuously making a case for taking the Afghan war into Pakistan’s tribal areas. Is this not what most Pakistani military officers and defence analysts are claiming behind the scenes: that the Americans are deliberately pushing the war into Pakistan’s tribal areas?

On December 2, Julian Borger, the diplomatic editor of The Guardian, claimed in ‘NATO plans push in eastern Afghanistan to quell Pakistan-based insurgents’ that NATO commanders are planning a substantial offensive aimed at insurgent groups based in Pakistan, involving an escalation of aerial strikes and have not ruled out cross-border raids with ground troops. While The Guardian reports on the plans that were being made, the increasing chatter in Islamabad is that the attacks on Salala on November 26 were part of the same thinking and in fact were not done by NATO/ISAF proper but by the US Army Special Forces with access to gunships and air cover and that is why General Mattis has appointed Brigadier-General Stephen Clark, of the Special Forces, to investigate and that is why there will never be any unambiguous result of this investigation.

In February 2010, as President Obama completed his first year in the White House, I did a TV programme to assess his presidency. Prominent TV anchor, Talat Hussain, also joined in the discussion. While talking of Afghanistan he commented that from this point onwards Obama’s fate is in the hands of these generals; now they will call the shots, they will determine what will happen.

Twenty-two months later, has Obama lost all control to his generals and to those he had defeated in the elections? Is he standing helpless facing all those who want to subvert his withdrawal plans? It is not a secret that on Afghanistan the whole administration is split; the Pentagon and the CIA are on one side and the US State Department on the other.Whereas diplomats of the whole world might be repeating ad nauseam as they again did in Bonn this month that Afghanistan has no military solution, it appears that the generals have their own visions of glory.

Einstein had once defined ‘insanity’ as doing the same thing over and over again in the hope of getting different results. The generals, oblivious of the history of this region and of their own performance over the past 10 years, are making the case in Washington that ‘if only they can destroy the insurgent sanctuaries in Pakistani tribal areas’, the outcome will be different. But will it? Hypothetically speaking, if the American generals get the kind of ‘absolute freedoms’ they crave, then the wily insurgents will quickly melt away further deeper into Pakistani territory, forcing the Americans to practically occupy the Pakistani tribal belt as a ‘new kind of buffer zone’ bordering Afghanistan under their control. It will merely expand the geography of conflict, providing a temporary relief; the final outcome can be that Pakistan will have to defend its territory behind River Indus on the other side of Attock. The American generals, at this moment, are not concerned about these looming issues because their singular focus is on achieving results in the specific war theatre of Afghanistan. It is there that their performance is being judged; they are like blinkered horses but the White House does not enjoy this luxury. It has to look beyond.

The term ‘AfPak’ coined during the late Holbrooke era has only added to this ‘tunnel vision’ inside ISAF headquarters, in Washington, and to a lesser extent in London and Brussels. I once got the opportunity to protest to Anne Patterson, the then US ambassador to Pakistan, that how come you lump Pakistan with its 180 million population, large urban centres, massive agrarian economy, substantial industrial base, hundreds of universities and colleges, large military, nuclear posture and space satellites with a tribal society of 25 million that has yet to enter the industrial age? The great realist that she is, she reflected, sighed and said that I do understand Pakistani reactions to ‘AfPak’ but the argument in Washington is that our troops are in Afghanistan and this term helps to focus minds in Congress to sanction aid for the challenges in Pakistan.

Neuro-linguistic programming (NLP) of our minds plays havoc; it shapes our consciousness and thus politics. This term ‘AfPak’, coined without much thought, and accepted by a naÃ¯ve, disinterested and ‘aid hungry’ political class in Islamabad, has been disastrous for Pakistan. Now perhaps in hindsight people will understand that ‘AfPak’ in the American minds, in the minds of Congress and the CIA and above all in the minds of military commanders defines Pakistan exclusively from the lens of Afghanistan. US responsibilities are narrowly defined inside Afghanistan and Pakistan of 200 million is merely a means to an end. So what if their strategies for Afghanistan spell disaster for Pakistan; why should they care?

It is in this context that Pakistan’s standoff with the US after the border attack in Mohmand Agency assumes great significance not only for Pakistan but also for the US. Clearly defined and understood parameters of engagement will prevent the US and its allies from being sucked inadvertently into a large conflict of incalculable dimensions.

The Obama administration may never be able to bring out the whole facts of the ‘aerial attacks on Pakistan’ but it will find out for itself what really happened. After overcoming its embarrassment, its foremost challenge now will be to mediate between Clinton and Panetta and to control the ‘military mindset’ that sees victory in a narrowly defined way. A word for Professor Stephen Krasner: I am so glad that I studied international relations at Columbia and not Stanford.

The writer is a political analyst and a TV anchorperson. He can be reached at director@media-policy.com