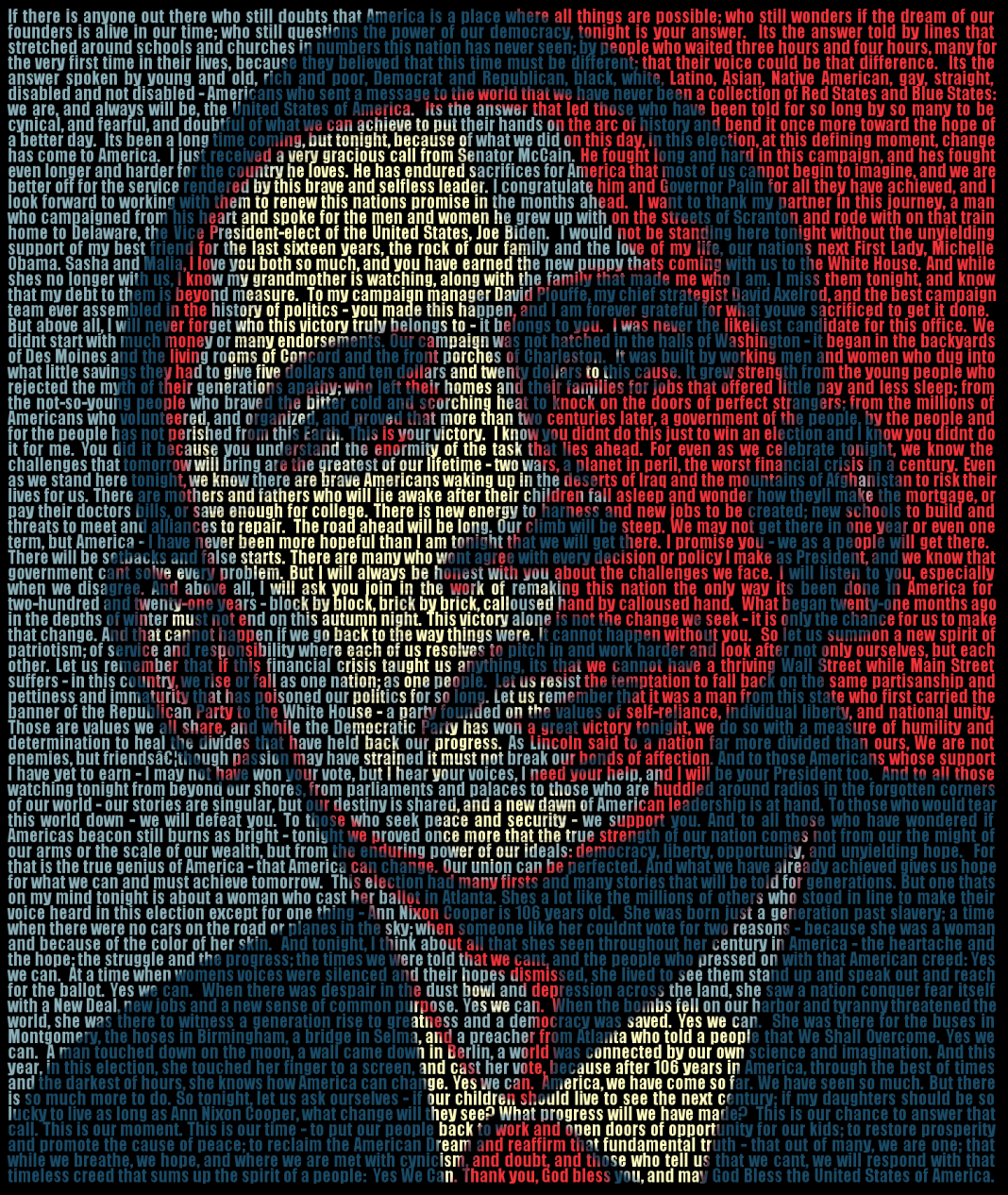 Bliss was it in that dawn to be alive” was how the young Wordsworth had eulogised the energy and feverishness of the French Revolution. Two hundred and nineteen years later another Bastille has fallen: America has elected its first black President. It is a defining moment. No doubt. Yet it is interesting to see how the reaction, the narrative, the nature of the comment, that continues, has assumed a life and meaning of its own.

Borrowing the expressions of film maker Michael Moore: “In a nation that was founded on genocide and then built on the back of the slaves, it was an unexpected moment…a good man, a black man, said he would bring change to Washington, and the majority of the country liked the idea.”

Notice the words: Change in Washington. But what could be the nature of that change in which people from New York to Karachi can simultaneously believe in? Is it even possible?

Few days before the elections, Noam Chomsky, had argued that an Obama victory will change little for America is governed by just one party and that is the business party; with Democrats and Republicans, entities with slight variations, taking turns to protect the interests of the big business. He then described the European reaction to Obama a European delusion.

Chomsky too was our hero. A hero of the times when our parents watched Dev Anand and Zeenat Amaan in the epic: “Hare Rama Hare Krishna”. Today whether Chomsky is a realist or a cynic: only history can judge. But two things are definite: One, in the age of Obama, he is out of sync and fashion; and second he should have used the term: “global delusion” for with the humiliation of neo-cons a world is falling over to make sense of what happened and above all to write, chat and celebrate.

Like the glittering prism of rain drops these comments reflect the relief not only of foreign policy wonks and realists in Washington and London, of new age philosophers from Ottawa to Istanbul; of democrats, civil right activists, feminists and Muslims everywhere but also of the stem cell researchers, environmentalists, film makers, doctors, teachers and school children dressed in all colours across the blue planet. And don’t forget the Taleban in the caves of Afghanistan. As we grapple with this immense and unbelievably diverse sense of human victory we are forced not only to fathom the persuasive power of Obama’s charisma and message but also the size of Bush’s ineptness and failure of the republican vision. In an age of globalisation and You Tube those idiots had offended the whole world.

And now this hitherto estranged world is jubilant as if somehow it has turned the tables on neo-cons. But the world didn’t vote on 4th November; Americans did. Yet it is behaving in a fashion as if Barack Obama was its candidate in the American elections as if through him it sees itself penetrating into the heart of the emporium: the White House. Just before the elections prominent columnist, Aijaz Zaka Syed, writing in Khaleej Times, passionately appealed to the Americans to reject the Republicans in the interest of the world. Could there be some explanation for all this?

And this comes from the most unlikely of places: Pakistan. Political economist, Mosharraf Zaidi, wonders at the global brand of Obama. Tracing the evolution of Obama’s consciousness he recounts: a Kenyan father, an Indonesian step-father, banker grandmother, a soldier grand father, a Jewish chief strategist, an Afro-American wife and two post-Ipod daughters. My friend Professor Adil Najam in Boston and many others in Pakistani media have discovered that Ann Dunham, Obama’s mother, had once lived and traveled on our dusty roads, as a UNDP consultant in Pakistan and even young Obama suffered the heat of Lahore and Karachi.

The bottom line of all this over active romanticism is that Obama with his cocktail of genetics and experiences will be representing the global consciousness, interests of the new age world, inside the heart of Michael Hardt and Antonio Negri’s empire and in simple terms will be able to end that mutually destructive relationship America and the world have been locked in since the Neo-con victory in Nov 2000.

But is a US president that powerful? Will Obama with his 52 per cent votes be able to do it? In the Pakistani morning of November 5th, as the results of Obama landslide started to roll in, I was watching the joint ABC/BBC broadcast and the anchor was trying to do the same poetry with Ted Koppel, that indomitable face of ABC for four generations. With his usual stony face, Koppel, the realist, the friend of Kissenger, blurted that he sees more of a positive thing outside and perhaps a reaction inside. A panicked ashen-faced anchor asked him to focus on the positive moment. Koppel agreed. But the unmistakable shadows of fear under his expressionless face stayed with me.

The global dimension of this election is undeniable. True! Obama benefited from demographic change, energised Afro-Americans and the economic crisis but an America increasingly isolated from its traditional allies dominated the minds of most liberal Christian and Jewish whites; from the beginning Obama and Axel Rod capitalised on this theme. And the results vindicate them.

Obama victory is in the final analysis a victory of the American system. Amidst new demographic and global challenges it has shown the ability to reinvent and redefine itself. Read the columnists world wide and you will feel that in a curious way America has also demonstrated that China can be the global production house, India can provide skilled labour and state of the art back operations; Middle East and Russia will supply energy and occasional mischief, Europe is good for history and welfare economics but when it comes to the synthesis of all this: the leadership of the new age lies squarely with an America where Christians & Jews, Hindus & Muslims, humanists and atheists of all colours can work together and self-actualise.

Where else will you look for global connect and leadership; if not in a society which represents microcosm of the globe itself? But this global dimension that provided the essential connect for Obama’s victory will now also define the challenge. As the newly-elected President, opposed by 48 per cent of the voters, takes on the complex challenges of Iraqi withdrawal, negotiations with Iran, a hopeless war in Afghanistan, a resurgent Russia and securing the support of Kaplan’s squabbling post-history Europeans he will find that Axel Rod’s “tightly wrapped campaign” has prepared him little for keeping both America and the world together on the same road. Honeymoon ends on January 21st, 2009. Good luck!