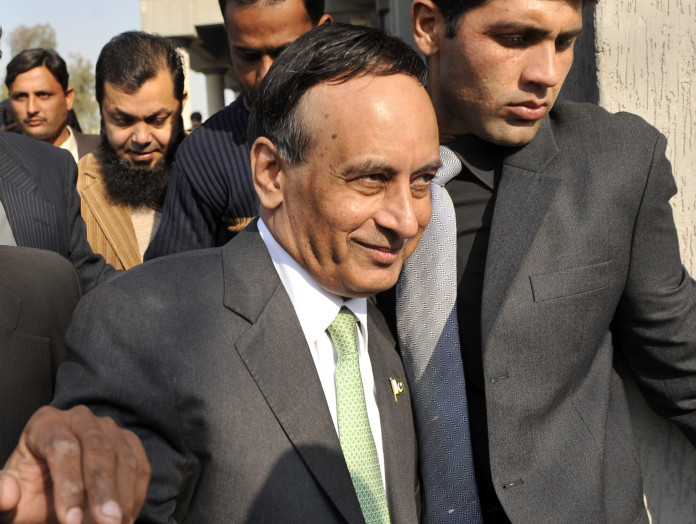 This is both a moment for inspiration and challenge for Pakistan. But whereas the inspiration is theoretical, the challenge is far more real and lies in near future. Interestingly, Pakistan too has just appointed a new envoy in Washington. The impending change will now become the biggest one in the rather interesting career of Prof. Hussain Haqqani.

The child of a marriage between a black intellectual from Kenya and a white anthropologist from Kansas is ready for the most powerful office on the planet. One has to be deaf, dumb and blind not to appreciate what a gigantic change it represents. Most US media are referring to it as a great victory for the African American who was an unknown State senator just four years ago.

But I think it is a victory for the US. For it celebrates the tremendous ability of its political and social system for change; for evolution. This is a victory of hope against realism, of change against inertia, of the future against past. The fact that apart from African Americans, Obama derives support from the college- and university-educated white middle classes and from young women say a lot about the power of American education to transform the minds. In short, this is the American moment; one that must make the world pause and respect America.

Agreed; the road ahead for the Democrats is still fraught with uncertainty. It will become a contest between McCain’s experience versus Obama’s youth; Republican argument for staying the course versus Democratic desire for change inside the US and in the world. But in this media-driven world of images and oratory, of the power of hope and words the chances of a 72-year-old McCain with serious disadvantages of articulation compared to the Baptist, almost messianic kind of persuasions, of Obama the chances of McCain look thin to me.

Also, in a climate where American voters are angry over the rising gasoline prices, collapsing mortgages and the un-ending Iraq war, the promise of hope and change in the future is far more seductive than the arguments of experience and serving in Vietnam some forty years ago. Unless Republicans pull something out of the ordinary in the form of a new conflict with Iran or a campaign that becomes vitriolic on the question of White versus Black; Obama could become the next President in November.

But then what is the challenge? Well, this coming soon after Pakistan’s own transition may add to its problems.

Though the US political system is different from the traditional powers in the sense that it is imbued with idealism. But even then, this aspect is more developed in the case of Democrats. Republicans are more accepting of the world the way it exists, and more willing to exploit it in pursuit of power arrangements; in this respect they are more of realists.

Democratic ideals often impose inabilities upon them in dealing with asymmetries that militate against their sensitivities or those of their support base. And they have found it difficult to strike harmony with a Pakistan that they see as dominated by military, by men, and conservative Islam that restricts women and minorities. And whatever Pakistan may do for this fashion parade, it may fail the changing benchmarks of their various constituencies.

Hussain Haqqani, Pakistan’s new envoy, then represents an interesting point man in Washington. His detractors have often condemned him as a turncoat who started his career from Jamaat-e-Islami, then damaged Benazir’s political campaign as a Nawaz lieutenant. Benazir later appointed him as Pakistan’s ambassador to Sri Lanka.

I am on the contrary fascinated by the intellectual journey of a middle class Pakistani who in a quarter century moved full circle from the fringe of religious right wing – Jamaat — to the centre — Sharif and his Pakistan Muslim League — and then veered to the left to join PPP. And he did not stop there either, but expanded his horizons and consciousness to become part of internationally respected academic circuit in the US. His intellectual struggle can be aptly summed up as: from Maleer to Washington in one lifetime.

Pakistani envoys are introduced in Washington circuit when they are appointed by Islamabad; Haqqani on the contrary created his space by his work with Carnegie Endowment and John Hopkins University, with his countless articles in international publications like New York Times, Washington Post, Wall Street Journal and International Herald Tribune to name just a few. His book, Pakistan: Between Mosque and the Military” established his cerebral credentials and won him a tenure track position at Boston University; a rare achievement at his age.

It is his understanding of Washington and the beltway politics, his grasp of the way issues are framed by special interests and his years of interaction with key figures that shape the US foreign policy will now be of great help to him in his job. But with the probable Democratic Party victory, Haqqani will face the most uphill challenge of his career so far. His comments, his writings and his academic work critical of the military regime were welcomed by the liberals, intellectuals, think tank and policy wonks for it was part of their mental flow; and thus constituted a natural alliance.

But now he has to represent the whole country, including the institutions he had severely criticised in the past and has to befriend and neutralize several of those special interests and lobbies whose issues with Pakistani state and concerns for democracy, women and minorities are often an attractive cover for other unsaid agendas.

I recently had an opportunity to interview Dr. Maleeha Lodhi, in London, for GEO TV. She had been Pakistan’s ambassador in Washington twice; including during the difficult period of 9/11. Despite her caution in reflecting on every word she said in front of the cameras, she admitted different strategic interests US and Pakistan might have in this region. She also told me that the media and diplomacy have one big commonality and that is: both are in the business of communication.

No one-including the prominent anchor Dr. Shahid Masood- has any doubt about Prof. Haqqani’s communication skills; but with Obama and Democratic wave the challenge for Pakistan’s able point man will now be to win over the unwilling ears and fight the unsaid agendas. He is certainly up to the task, and we must wish him Good luck!