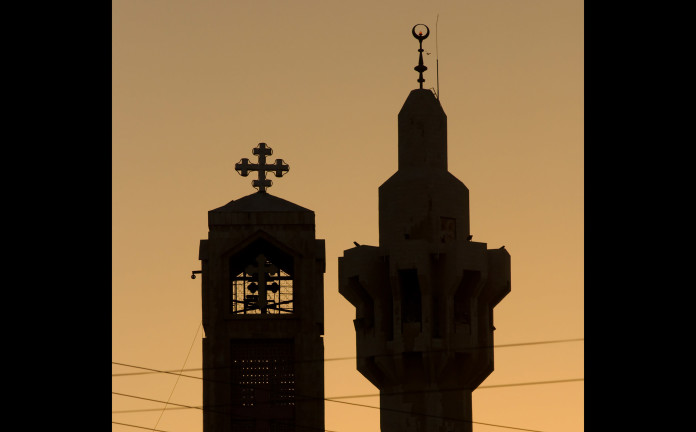 I realized that most who have commented on my post of “Christian-Muslim Marriage” are perhaps not aware of the context of the story and why I raised the question. The facts are (read Express Tribune below) that a 23 year old Muslim woman in a village in Narowal has eloped with a Christian man of 25 and according to the Court record and Police this Muslim woman has certified in court that she has gone of her free will and she has married this young boy.

Now a Mullah, Amjad Farooqi, along with other goons has landed upon both families; he has forced the Muslim family to register a FIR against the Christian man for abduction of the daughter and has snatched the cattle of the poor Christian family and is selling their cows one by one to create “funds” for the recovery of the Christian Man so that he can be punished for plotting his marriage with the Muslim woman. Could things be more ridiculous in our beloved homeland?

Questions which we need to address are: When Hindu girls convert to get married to Muslim men we think it’s an act of love or bravery (though Hindu parents and many in India see that as a conspiracy of majority against the minority) but if a Muslim woman wants to get married to a non-Muslim, even if a follower of the Holy book, we are up in arms as if this will single act will destroy our whole social order; Do we need to present more evidence of our double standards to the whole world? Does the actions of this Maulana helping our cause against the blasphemous film or further tarnishing our image in the world as intolerant people?

Holy Quran does not expressly forbids Muslim women to get married to other men of the book (Christian & Jews) though there is an interpretation by Muslim Jurists that Muslim Woman are not allowed to marry even Christians and Jews; many on this Forum are afraid to even raise questions about the validity of this “interpretation” of our religion by Jurists, but then how do we say that in Islam – unlike Christianity- we don’t have a Clergy and we the Muslims can approach Allah directly and follow the right path without the help of the clergy? if we are so afraid of the hold of Mullahs and clergy on our minds, if we are so dependent upon them, then how do we say that Islam is simple and logical? How convincing do we sound to the world outside?

Even if the Muslim girl’s action of marrying a Christian man is not right according to Mullahs and Jurists, what about the civil rights of these two citizens of Pakistani State? ie the Muslim Woman & the Christian man, the two Pakistani citizens? So all those who are blowing hot and cold on this issue, do they then support Mullahs running the Pakistani state? How can a Mullah and his gang impose their interpretation upon families in Narowal? What about Quaid-e-Azam’s famous statement that “it will not be a theocratic state to be run by priests..”?

Are we then arguing that in Pakistani law women are inferior to men? minorities have very limited rights and choices? So a Pakistani Christian who belongs to a small minority of 2-3% population cannot marry among the 97% community then surely he has far less rights even in theory, forget about practice..? do these things not prick our conscience?

How all this coming at this time when we were struggling for the last 2-3 weeks to convince the world to be more understanding of our concerns and sensitives affects our moral case against hate speech?