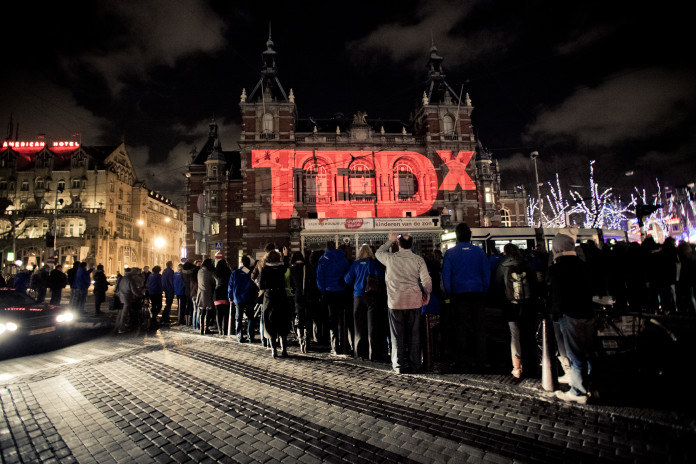 Among those who have won the prize and the wish since 2005 are Bono, lead singer of U2; former US President Bill Clinton; and Jehan Noujaim, the Al Jazeera producer of the famous documentary Control Room. Bono, as one could expect, wanted a call for action on Africa; Clinton wanted a healthcare system in Rwanda and Noujaim, the quintessential media person, wished the power of film to strengthen tolerance and compassion. Every wish is a unique challenge for TED, but I guess this year represents a special case.One personality selected is Karen Armstrong the eminent scholar of Islam, Christianity and Judaism.

She wants TED to help with the creation, launch and propagation of a Charter for Compassion, crafted by a group of leading inspirational thinkers from the three Abrahamic traditions of Judaism, Christianity and Islam, and based on the fundamental principles of universal justice and respect. As TED decided to brainstorm with its partners and supporters worldwide, I too was granted a wish by a different organisation: one of the leading television networks in Pakistan whose CEO called and asked me to go to London and represent him in the meetings with TED. Going to London and escaping Karachi’s summer cocktail of heat and load-shedding would have been great but topping it off with meetings to discuss Armstrong’s Charter of Compassion and the role the media can play was a rare treat indeed.

While changing planes at Dubai, I picked up all the Middle Eastern papers that were stacked at the entrance of the aircraft. And soon I had an electric wave passing up and down my spine. This was May 15, and most if not all were filled with graphic stories and strong comments on Israel’s creation and what Arabs called the Naqba the great disaster. I repeatedly asked myself: Will they in London be able to understand the depth of these feelings? Can these fault lines ever be bridged? Will I be able to touch these issues? Surprisingly they did. The small group of writers, producers and executives TED had assembled for its meetings was an unusually aware selection of people sensitive to the whole range of emotions and mistrust breeding at the interface of religion and politics. They were the kind of people who knew they had no control over political decision making, but who nevertheless aspired to change the mindsets and the context in which most decisions are taken.

We learn through steps and stages, and I gradually realised that TED could be best understood as a loosely arranged conglomerate of communities and this allows it to mushroom diverse resources to achieve what it sets out to. Despite this awareness I thought that in selecting Karen Armstrong and granting her the wish, TED had accepted a new kind of creative challenge consciously or unconsciously it had moved into new frontiers. And this is abundantly clear from TED’s own website. An interesting debate rages around this prize nomination and under the Creative Commons licence is open for quotation and use. Many wonder: how come other religions like Hinduism, Buddhism or Taoism are left out? How could Armstrong expect a charter to be created by Muslims, Christians and Jews and then signed and supported by other religions?

But far more interesting are the arguments of the various non-religious people and that may include atheists, and humanists of various sorts. They ask why religious people think that virtue and morality are somehow tied into a set of rules dictated by religion. One person who identifies himself as a secular anti-war activist asks how those who go to Church and practise Christianity support the Iraq war. He ends up asking which one of us is less Christian. Humanists argue that religion is an individual’s search within to find their connection with their creation and meaning and everything external is politics. How could these massively corrupt organisations possibly affect the type of change she is speaking of? They point out that there is no precedent of the world’s religious institutions as harbingers of unity and reconciliation and whatever evidence exists shows them to be the guardians of their own truths.

And finally how can anyone really serious about the idea of compassion exclude the atheists, humanists, new-agers and pagans out of this? Especially at a time when in the western world the number of people practising one or the other kind of faith or belief outside the organised religion is increasing. I am afraid TED communities have now an interesting challenge at hand. They are essentially post-modern people and Karen Armstrong’s work and her influence stretches across the more traditional world. After all few scholars of Christian origin are so widely known and respected across Muslim communities from South Asia to Middle East to UK.

Working to fulfil the wishes of Bill Clinton and Bono is essentially a question of collecting and mushrooming resources around a cause that is more easily understood. Even Jehane Noujaim’s vision of tapping film to strengthen tolerance and compassion is essentially post-modern and thus easy to build consensus around. Armstrong’s Charter of Compassion demands reconnecting with the traditional world. Most post-modernists have failed to identify that nowhere has she argued that religions or religious establishments have been harbingers of unity and reconciliation; far from that, she points out that fault lines between religions of the Levant add to political conflicts.

And she is looking for at least a theoretical construct where these traditional religions can somehow rediscover the forgotten elements of compassion in their folds and help in reducing the fault lines rather than adding to the divisions. No doubt this represents a challenge that stretches the imagination. But I am sure to many inside TED communities, looking for new frontiers, this offers a truly global opportunity as well.

Moeed Pirzada, a broadcaster and political analyst with GEO TV, has been a Britannia Chevening Scholar at London School of Economics & Political Science. He can be reached at mp846@columbia.edu