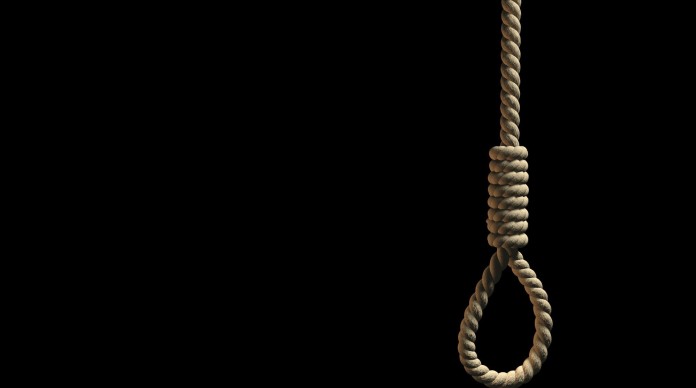 Nawaz government’s continuing moratorium on “death penalty” is getting more and more confusing. Public and media have still not understood what is happening? Is it EU’s blackmail stitched with its GSP-Plus or is this the fear of Taliban who have threatened the ruling family? In order to show its determination to fight the crime, government – only this month – has brought forward two ordinances in the space of just eleven days and the Protection of Pakistan Ordinance 2013 does mention death penalty; but privately government officials admit that given EU’s arm twisting and the power of human right groups funded by western countries, this continuing moratorium will now never be lifted.

“Death penalty” is a philosophical and moral debate that goes to the heart of a community and state. By all means Pakistanis should have this debate and should be able to form a mind. Should criminals be executed? What crimes warrant the ultimate punishment? Should a state have the power to execute its citizens? Is death penalty a deterrent? Why death penalty is not a deterrent when arrests, fines, and other punishments are? What about our whole modern governance system based on studied methods of incentives, disincentives and rewards? Is there a credible research that distinguishes the deterrence value of capital punishment from other punishments? Could that research – counterintuitive on the face of it- suffer from cultural and other limitations? How do victims get closure? How do we ensure that loved ones of the victims not take law into their own hands? Why extra-juridical killings happen? How do we ensure that innocent are not executed? Who should be pardoned? Should there be a concept of blood money? Societies have argued, fought and debated these issues for decades if not centuries and it has also dovetailed with the political, economic and social conditions of the times, with the kind of challenges a society was facing.

Giving you a snapshot: China for instance saw a brief period of abolition in 8th century, Russian Bolsheviks banned death penalty in 1917; in modern Europe Netherlands abolished capital punishment in peace times in 1878 but for wartime in 1983. In UK, a European country of much relevance to Pakistan, Sir Samuel Romilly had started the process of reduction in death penalty in 1808. But the Royal Commission on Capital Punishment 1864-66 could not decide to abolish the death penalty though it did away with public executions. In 1938 a parliamentary bill was to be debated for an experimental five year suspension but then the climate and feelings generated by the beginning of Second World War made it impossible. In 1949, once Nuremburg trials were out of way, another Royal Commission on Capital Punishment examined the matter but advised against abolishment. Finally in 1965 a five year moratorium was placed on experimental basis almost 160 years after Romilly had started to reform the punishment. In almost every European country, abolishment followed a similar intense debate, reform of the system and adjustment of the defense of life and property through other parallel enactments.

Pakistanis – children of a lesser God – however, were not trusted with this debate; they were not allowed to form their own mind. So in 2008, an indirectly elected President – Asif Zardari – without any input from criminal justice system, district managers, police officers, prosecutors, prison officials, senior civil servants and judiciary, and without any debate in parliament, placed a moratorium on death penalty. Under Article 45 of the constitution of Pakistan, President had the power to pardon, reprieve, respite, remit, suspend and commute sentences on case to case basis but could he suspend the whole system, and a constitutional and religious provision forever? This question becomes all the more important if we keep in mind that unlike the governors in the US who are directly elected – with definite campaign commitments – Pakistani president was an indirectly elected head of the state in a country and political system that was not debating capital punishment; and someone –as his critics point out with mixed indignation and relish– who was always running away from law. It is widely believed that President Zardari took this unusual decision because he was made to believe that this will help burnish his moderate and liberal credentials across EU. Ironically, in his limited, innocent, naïve world view – and what may appear as a joke to serious students of international relations – Pakistani President also saw EU as some sort of balance and leverage against the US; in May 2012 for instance he collected all EU Ambassadors – poor souls – in presidency on EU day ostensibly to send a message to Washington before the Nato summit in Chicago. Americans could have popped up champagne bottles to celebrate the Pakistani perception of the new world order.

Nation states have to decide on policy prescriptions keeping in view their peculiar circumstances and challenges; they have to take into consideration their history, religion, public opinions and requirements of providing security to families, businesses and property; Is not this what nations of Europe did themselves, at every stage in their own history?

Look at Pakistan: In the three years between 2010-2012, around 41,000 murder FIR’s were registered; in the same time period more than 46,000 attempted murders, around 60,000 cases of abduction, almost 400,000 crimes against property and almost 1,000 cases of gang rape were registered. Police officers believe that due to technical issues of computation, these gruesome figures still does not include the mass victims of terrorism, and murder in Karachi is underreported. Pakistan has a homicide rate of 7.6 as compared to 1 for China and Saudi Arabia and 1.2 for UK. Is this a situation in which Pakistani governments and bureaucracies can allow themselves to flirt and toddle with untested ideas? And that too, without the application of their own independent mind? Is this fair?

Most EU diplomats have privately argued that abolishment of death penalty or continuing moratorium is a not a condition for GSP-plus and they have merely pointed out that a sudden flurry of executions in Pakistan can create an unfriendly atmosphere in Brussels and member countries at this stage. But EU missions need to come out more clearly on the issue. Flexing the muscles of Pakistani governments, directly or through NGO’s sponsored by the several European government and other western organisations – against the interests and judgments of Pakistani people defies the very basis of democracy. Pakistanis need to decide for themselves and this needs a broad based process.

Nawaz government, cabinet ministers and top civil servants have to remember that the first and the foremost responsibility of state and the elected governments is to provide better governance, and ultimately all world – including EU – will measure them on that yardstick. In 1979, the whole western world –including the peaceniks of Europe – encouraged us to fight soviets in Afghanistan by selling us false theories of “Next Domino”. Forty years later, we are paying the price and they lecture us to fix our realm. Isn’t this what President Obama just did to PM Nawaz in Washington?