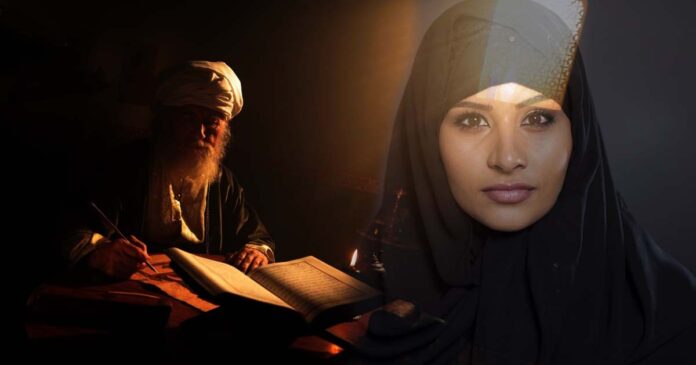 Do Muslims in general – and Pakistanis in specific – care for liberal democracy? This question came to my mind, unbidden, unprompted, as I was writing, for Global Village Space, an Editorial analysing Kissinger’s latest piece (The Coronavirus Pandemic will forever alter the World Order, WSJ: 3rd April) in which this octogenarian policy thinker had warned that the corona pandemic carries the gravest risks for the liberal world order and that the United States needs to step in and provide leadership like it did with Marshall Plan (1950’s) and Manhattan project (1940’s) to come up with a unifying vision for the troubled global economy – that depends upon movement and trade.

As I was writing (Post Corona World Order: Democratic or Authoritarian?) for mainly Pakistani readership and was trying to make myself clear as to why “liberal world order” is something vitally important, for the west, for the world and for us, I felt that I was merely playing with words and the term like “liberal democracy” and “liberal world order” in reality may not mean much to most Pakistanis. Yes, the analysis I was offering may be of some help to those who prepare for CSS exams – but then only to the extent of the exams.

Why it is so? I started to wonder! Why a political concept so vitally important and so majestic like the liberal democracy – for which countless millions laid down their lives in 20th century – does not resonate with most Pakistanis? Several explanations came to my mind. First, I could readily see that Pakistanis have never really experienced a genuine liberal democracy and rule of law government. Often, what they got under slogans was corrupt kleptocratic dynasties or oligarchies that milked public resources for personal enrichment.

But the void runs deeper. Even the freedom struggle of Muslim leadership against the British Raj under Jinnah, remained focus on the Hindu Muslim issue – and was not motivated by concepts of human rights, political freedoms and so on. For Muslim league, I guess after years of study and reflection, British rule was less of a problem; they were rather afraid of the domination by Hindu oligarchy and intelligentsia if the British left without offering a suitable political solution.

Muslim struggle was for preservation of historical identity and interests linked with identity; it was not for political rights of individuals. Yes! after 1947, impressive sounding constitutional documents were produced but these were not necessarily backed by evolution of thought among political segments of society.

Creation of two hostile states of India and Pakistan – locked into an existential conflict for survival (Pakistan) and hegemony (India) – has not helped either. Though, in most global literature India is prominently mentioned as “liberal democracy” in reality both India and Pakistan have been illiberal democracies at best – term popularized by Farid Zakaria in his 1997 essay for Foreign Affairs (Nov/Dec, 1997) that was subsequently turned into a book.

Admittedly India – despite its failings has continued at least as an electoral democracy (perhaps now facing its worst challenge under the rise of Hindutva) and Pakistan for a significant period in its history was not even that -and whenever it had a democratic government as it has now it remains under the shadow of military establishment.

Prominent Pakistani politicians, ministers, media commentators and important citizens openly and unabashedly refer to the establishment, or Pindi, or the boys as the real power and to many it’s the only legitimate power – so epithets like, “Imran Khan is about to be dismissed” or “How long this government will last?” etc are common even these days.

Whether there is any such thing happening is irrelevant; what is important is that this is the legitimate, kosher, dominant narrative – and no one has any compunctions or guilt about it. Tragedy of Pakistan is that Pakistanis, for all practical purposes, have never come to believe in “democracy” – now this is a long discussion and beyond the scope of this short opinion piece.

Let me leave on this: Liberal Democracy and the continuation of “Liberal World Order” is as vital for Pakistan and the Muslim world as it is for many in the west

No wonder then that global literature and popular sites that describe and discuss democracy and liberal democracy often conveniently ignore Pakistan – though technically Muslim country of 220 million considers itself a democracy; its constitution and its courts continuously refer to “rule of law” and lawyers on tv are never tired or referring to “our scheme of things under Westminster parliamentary system”

Going forward, this national history alone is not the only reason why liberal world order does not resonate with most Pakistanis – because barring 1-2 exceptions, it does not resonate any where in the Muslim world. The peculiar interpretation of religion – that dominated Muslim societies as they suffered and struggled against the brutal and humiliating colonial rules in 20th century – the shameless hypocrisy of western powers in international arena, the toxic influence of Arab-Israel conflict on Muslim minds, the continuing influence of feudal and tribal mind set and fears of modernity movements, like feminism, all have played their role in making Pakistani mind believe that “liberal world order” is merely another name for western control and domination.

Bottom line is that due to historic experiences of Pakistanis they don’t understand or grasp the word, “liberal democracy” and as such their understanding of the term is merely academic. Liberal democracy to most Pakistanis – even reasonably educated ones – means “western form of government” which in a roundabout way even sounds true since the genuine liberal democracies exist only in 14-15 states of western Europe, Australia New Zealand and North America. However liberal democracy as a political concept may have originated from the western experiences of 19th and 20th centuries but it now exists in its own right and encompasses a world of ideas and aspirations bigger than the traditional west.

Nazi Germany, fascist Italy and Spain, authoritarian regime of Central and Eastern Europe and Latin America were all part of the west but not part of the “liberal west”. Today an uncertain France, a Brexit inflicted Britain and an inward looking United States under Trump can be threats to the ideas of Liberal democracy.

So cutting it short: Liberal Democracy- with its myriad, multilevel battle of ideas – defines the modern era between 19th and 21st centuries and without grasping its essence one cannot hope to understand the modern world – or what it is about. There is no point reading about WWII, Vietnam, Korea, Kissinger, Obama, George Orwell, GATT, WTO, World Bank, IMF, ADB, Yuval Harriri and Farid Zakaria even if we are not ready to grapple with the term, “Liberal World Order”. How can you understand Shakespeare, Romeo Juliet or Heer Ranjha if you have never loved?

Can China be a liberal democracy?

So for most Pakistanis – even those who study hard for CSS and most of those who go to study abroad – Kissinger’s fears that Coronavirus Pandemic will unravel the “Global Order” – the liberal world order means that western domination – that is racial, religious and ethnic in nature – is being challenged by an assertive China and Russia.

Little do they realise that Pakistan itself is supposedly a liberal democracy and “liberal world order” is not merely about American domination but is a much bigger concept; something which Pakistan and Pakistanis need for their future -as part of the world around them.

A liberal democracy may adopt different constitutional structures that may look distinct from each other; so it may be a constitutional monarchy – such as Australia, Belgium, Canada, Denmark, Japan, Netherlands, Norway, Spain and the United Kingdom – or a republic such as France, Germany, Poland, India, Pakistan, Italy, Ireland, Mexico, and the United States.

Let me leave on this: Liberal Democracy and the continuation of “Liberal World Order” is as vital for Pakistan and the Muslim world as it is for many in the west. Though most Muslim nation states are not democracies – yet liberal world order helps them to save their people from far more dangerous and tyrannical authoritarian structures that may crop up, if liberal world order fails. Corona pandemic has created these fears. I hope I am understood