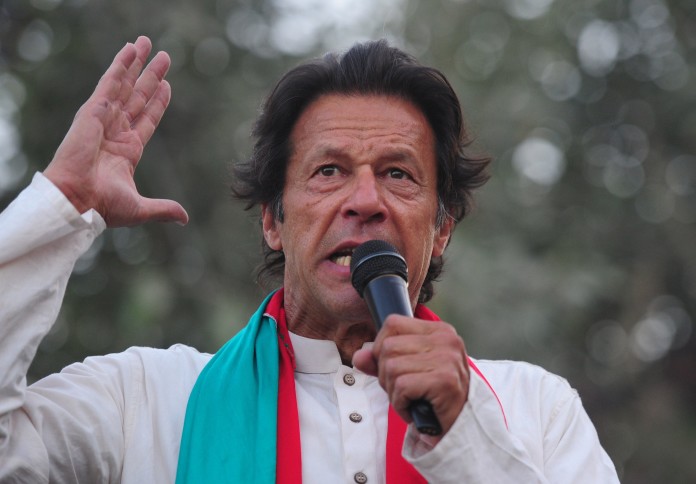 The latest US drone strike in Hangu, within the “settled areas of the province of Khyber Pakhtunkhwa” has raised altogether new challenges for the government of Prime Minister Nawaz Sharif, for the politics of Imran Khan and for Pakistan’s military establishment.

This drone strike has made bonkers, at least in public consciousness, of whatever assurances Nawaz team received in Washington during meetings with Obama or whatever Sartaj Aziz had understood. Imran Khan may have overreacted on the killing of Hakimullah Mehsud, but now at this moment he is right; implications of “Hangu Drone Strike” for KPK and Pakistan run much wider and deeper. It is quite possible that like 2008, this drone strike in Hangu was an odd exception, a dire tactical need in Atlanta or Langley. But elements aligned with Afghan Taliban or TTP may be hiding in different cities across Pakistan and if this trend is not questioned, challenged and check mated at this stage it has the potential of throwing asunder the whole societal fabric, the very architecture that underlies the edifice of Pakistani politics. And it won’t even serve the wider, long-term interests of United States in this region.

Despite this the Pakistani politicians and opinion makers in general have not grasped the true nature of this challenge. Divided amongst themselves, on one hand they are fighting turf battles even on this issue and yet at another level in their helplessness they are fueling ever greater feelings of despondency and thus anti-Americanism. In our foreign and national security policy, we have struggled for more than 60 years – despite all odds – to stay on the right side of American power and treating United States as an enemy is not an option. What politicians need is: a united front, cerebral investment in understanding the imperatives in Washington behind the drone policy and the need to create a two-fold dialogue; an external one with United States and an internal one with the military and religious parties and groups.

Since 9/11 CIA has transformed itself from a cold war intelligence agency into a paramilitary organisation with prison facilities and expanded drone programme. It is increasingly competing for power, influence and funding not only within the US intelligence community but also within the whole framework of US foreign policy for 21st century. For instance it has gobbled up almost $16 billion out of the $53 billion budget of the intelligence community and its drone programme –currently at $2.3 billion – according to Washington Post is set to quadruple or quintuple within the coming decade. In theatres of conflict like AfPak CIA has turned US diplomatic missions and USAID into cartoons of irrelevance.

Farid Zakaria in his policy piece, “Future of American Power” in Foreign Affairs (June 2008) had argued that US has become the most powerful nation since Imperial Rome. That was an understatement; Imperial Rome was a ‘puny’ as compared to the reach, penetration and unilateralism of Washington in the beginning of 21st century. Romans despite all their majesty had to pay a price for their adventurism; their ability to awe or decimate the Celts, Carthaginians, Iberians or Thracians was limited by the challenges of distance and their own capacity to shed precious Roman blood and absorb material losses. US’s adventurism in the beginning of 21st century is a “no cost affair”. Today perhaps with the exception of Russia and China, Pentagon has the ability to make ‘pulp’ of any conventional military before sunset. So while there are no conventional challenges to this power; drone programmes fit as ‘weapons of choice’ in a new world order where ever increasing power for its depth now needs precision, economic efficiency and low political costs at home.

Drone policy is shrouded in mystery. So despite Pakistani pleas of restraint, Hakimullah Mehsud can be eliminated because he was a high value target; Dr Naseeruddin Haqqani can be mysteriously murdered near Islamabad for provided financial support and Hangu attack can be justified – as some embarrassed PML-N stalwarts were trying to do on TV programmes – as an attack on Afghan Taliban and not TTP. Similarly future attacks despite some new assurances can be on other foreigners: Chechens, Arabs or Tajiks; and finally in any new situation it could be: Haqqani’s trusted accountant, cook, or lover or “none of the above”. This is what happens when you combine plaintiff, prosecutor, judge and executioner into one behemoth that is: CIA. So we don’t need to waste our time in finding ever new nuances in a policy that is primarily based on crude political calculations in a complex web of power and influence that Washington is. In 2012, Dennis Blair, former director of national intelligence (DNI) had summed up the logic of drones when he said: “It is the politically advantageous thing to do – low cost, no US casualties, gives the appearance of toughness…it plays well domestically, and is unpopular only in other countries. Any damage to the national interest shows up over the long term”

CIA argument of tactical effectiveness is sound but the efficacy of the policy and its results have to be seen in the overall context of US role in the region, where Washington also spends hundreds of millions on development, education, civil society, and media and so on. Since 2004, CIA has conducted a total of 365 drone strikes inside Pakistan and the number kept on fluctuating not with the challenge in the war theatre but with the political mood and exigencies in Washington. Pakistani politicians need to examine all that. What we need now is a three-fold negotiation: An external one specifically with the US intelligence to come to some understanding on red-lines; an internal one with the military establishment that either Afghan Taliban be pushed to the negotiation table as the US wants or pushed out of Pakistan’s settled areas; finally with the religious parties and groups inside Pakistan to bring their rhetoric within the framework of a nation state.