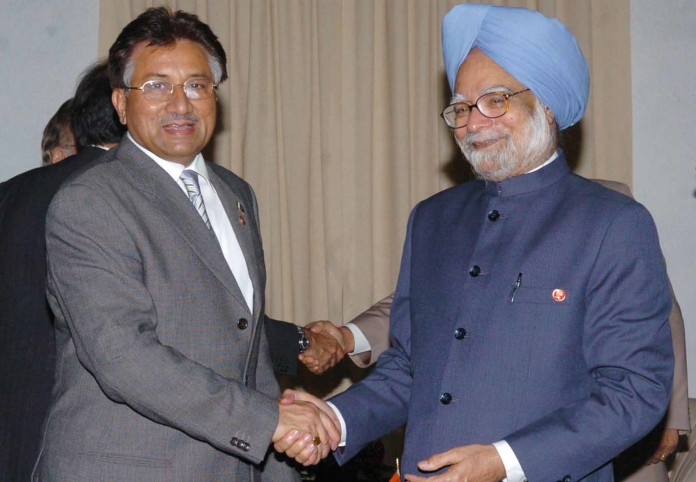 The delegates condemned the current world economic order, unregulated privatisation, the doctrine of preventive war, the aggression against Palestinian people and the unjust war in Lebanon and supported every nation’s right to peaceful use of nuclear energy. But the eyes and ears of the South Asian and some of the international media remained glued to the movement of two unlikely suitors: President Pervez Musharaf of Pakistan and Prime Minister Manmohan Singh of India Delegations from 114 countries, including more than 50 heads of state assembled in the second week of September 2006, in Havana, the capital of Fidel Castro´s Cuba, for the 14th summit of the Non-Aligned Movement (NAM). The summit took place in the immediate aftermath of war in Lebanon and amidst the growing tensions between the United States and Iran over the latter’s nuclear policy. The participants included United Nations Secretary General Kofi Annan, President Ahmedinejad of Iran, President Thabo Mbeki of South Africa, Prime Minister Ahmed Badawai of Malaysia, President Hugo Chavez of Venezuela and President Alexander Lukashenko of Belarus.

No wonder the conference rattled with the kind of anti-status quo rhetoric you seldom hear these days. The delegates condemned the current world economic order, unregulated privatisation, the doctrine of preventive war, the aggression against Palestinian people and the unjust war in Lebanon and supported every nation’s right to peaceful use of nuclear energy. But the eyes and ears of the South Asian and some of the international media remained glued to the movement of two unlikely suitors: President Pervez Musharraf of Pakistan and Prime Minister Manmohan Singh of India. The travel itineraries of the two could not be more different: the Indian prime minister flew in from Brazil, after attending the India-Brazil-South Africa summit (IBSA) where issues of trade, tourism and energy co-operations were tackled. Gen Musharraf had been in Afghanistan assuring Hamid Karzai that his ceasefire in South Waziristan was in the best interest of the region and in Brussels, where he was seen developing a new kind of warmth with European Union leaders. After the NAM summit he was set to visit the most-aligned of the political mentors in Washington, where it is believed President George Bush will host an iftar party for him and President Karzai. If the itineraries are a barometer of their fears, hopes and aspirations perhaps the mind frames of the two leaders could not have been more different.

Many today see Gen Musharraf as a man desperately in need of new friends, alliances and concessions to compensate for his shrinking domestic support. The recent killing of Nawab Akbar Bugti at the hand of army, the unpopular compromises the regime had to strike with the religious forces on the issue of Hudood and the brash political posturing by the MQM has only added to a long list of troubles  not to forget the rebirth of Benazir Bhutto and Nawaz Sharif as contenders  that essentially reduce the space for Gen Musharraf in the increasingly complex political theatre. Could it be, that he is now looking for support elsewhere? Could this be the motivation for his trip across the world?

On his way to Barzil, Manmohan Singh was reported to have told a group of journalists that Pakistan too, like India, was a victim of terrorism. Musharraf was heard saying in Europe that it was now time for India to make concessions. They finally met on September 16 for more than an hour. The meeting was followed by a hurriedly called ‘press conference’, which was only a joint appearance. Manmohan Singh read from the agreed statement while Musharraf looked on and they left without taking any questions. But the joint statement was a ‘no-nonsense’ document. Two things immediately stood out: one, it restored the composite dialogue that was disrupted in the heat and commotion that followed the Mumbai blasts; two, it promised an India-Pakistan anti-terrorism institutional mechanism to identify and implement counter-terrorism initiatives.

Only a few journalists none of them very prominent, were travelling with Gen Musharraf. On the other side, the Indian premier was accompanied by more than 50 journalists including some of the best-known media people. In the evening, India’s foreign secretary-designate, currently High Commissioner to Pakistan, Shiv Shankar Menon, gave a press briefing for them in Hotel Chateau Miramar, where this media team was putting up, and the Indian side had established a media control room.

The moment the briefing started it was obvious that the media smelled blood. The initial salvo was fired by Barkha Dutt of the NDTV, who wanted to know if the Indian government had essentially changed its position on terrorism and Pakistan. Next, reporter after reporter wanted to know what the dynamics of the joint institutional mechanism to implement counter-terrorism would be? Was it a practical solution? Was there enough trust? Did that mean the ISI and the RAW would be sharing information? When someone commented “after Mumbai blasts we blamed Pakistan and now…”, a cool and composed Shiv Shankar Menon pointed out that the Indian government never did! His clarification, to my mind, the clearest pronouncement of Indian official position to date was that terrorist groups operating out of Pakistani territory do not automatically make Pakistani government culpable for what they do. Is this not what Gen Musharraf has been saying all along?

So Gen Musharraf may claim victory and win plaudits but that will at best be an oversimplification. The Indian media, highly nationalistic in its reactions, either missed or downplayed some important aspects. The Havana statement clearly reiterates the commitment to implement the joint statements of January 6, and September 24, 2004 and April 18 and September 14, 2005. In that respect it represents the consolidation of a long process of compromises and adjustments  and one does not need to look very far to see who has made most of the compromises. There is now yet another policy document binding Pakistan to a bilateral process of negotiations that treats Kashmir as one of the many issues between India and Pakistan that need settlement. Thus the government that has been saying all along that Jammu and Kashmir is the core issue has moved a long way from its traditional position in a few years. With Havana document it has once again agreed that Kashmir is just one of the various issues including Siachen glacier, Sir Creek, maritime boundaries and the LOC-related CBMs.

Then there is another catch: in the joint statement, the Indian prime minister thanks the President of Pakistan for his invitation and looks forward to a “purposeful visit” at a time to be determined through diplomatic channels. Someone asked Menon as if this represented a conditionality; he said this required no explanation. Of course: it could only mean that the prime minister of India will at some point reward the president of Pakistan with a visit, and someone will have to ensure that it is purposeful. Do we need to ask whose job that will be? Who had the last laugh in Havana? Who looked out of his window at Melia Habbana with a smug reassurance that things were moving in the right direction? Indian media may not have all the answers. Some questions are better left to the historians.

Dr Moeed Pirzada is World Affairs editor with ARY One World, and covered the summit from Havana.