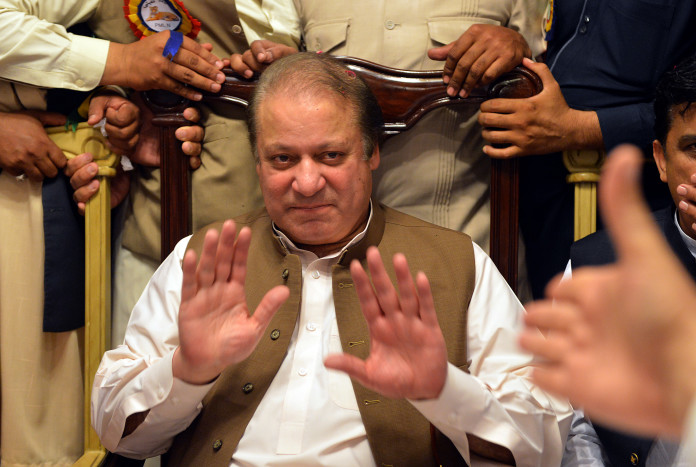 NAWAZ Sharif has finally decided to contest the polls. APDM has thrown PML(N) out — as if it really mattered at this point. While the protests in LUMS and vigils in Lahore might continue things move towards the election; the issue of the reinstatement of the judiciary stands where it was. It is time for stock taking.

Those of us a little keen on history might remember a fateful day for India. When the English forces were about to storm Sirangapatnam, the capital of Tipu Sultan’s Mysore, his prime minister, the infamous Mir Sadiq, ordered distributing wages to the sepoys. Those who had not been paid in months rushed to collect the silver coins — leaving the fort for an easy entry by the English and their stooges: Marathas and the Nizam. Rest is history.

Some decisions have their dynamics. When General Musharraf (retd) imposed the elections he too set into motion a calculated process of deliberate escalation and de-escalation: mini-martial law; announcement of a date for elections; promise to lift emergency and fake lifting of restrictions from the media were all well thought out gimmicks, in series, to ease the conscience of his constituency: United States of America.

Elections — though needed more for Americans than Pakistanis — were also to constitute the ‘meat on the table’, coins for Pakistan’s political sepoys, and anyone with the slightest understanding of the history of this region or of the psychology of power politics in general would have only predicted what is happening.

So I was genuinely surprised when even veteran analysts like, Nasim Zehra, on the eve of the meeting between Ms. Bhutto and Nawaz Sharif, allowed herself to believe in what she referred to as the convergence of the movement politics with the electoral politics. Where is it now?

No such thing was happening; nor will it happen in near future. Moment to moment changes and developments in the political field might create such illusions of alliance but reality is different. Pakistan has still not reached that point in its evolution. Yes it hurts but it is a sad fact. But accepting the viciousness of things might help in planning better for the rainy days ahead.

Expecting that somehow Pakistani politicians will adopt and support the agendas of civil society suffers from a flawed logic. For there is a serious conflict of interest: politicians need to come into power to save and enhance their support bases through “partisan distribution” of state spoils. Military regimes have already created parallel systems of patronage — that seriously threaten whatever loyalty has been left inside the political machines; if they were political machines ever. But civil society dreams of a system of collective good for the nation state through a process of “transparent distribution” through accountability. Two things are poles apart.

I have no doubt that in distant future that might actually be possible. But for that to happen, civil society and professional classes have to fight many more battles. Bastille is nowhere close to falling.

That is why Ms. Bhutto had to go through the painful acrobatics of the last few weeks: taking one contradictory position after the other; in an effort to keep her aligned with the moral argument civil society keeps fabricating around her. And that is why poor Nawaz, desperate to fight the elections, had to work so hard to legitimize his position. He knew Bhutto will never agree to the boycott, so he needed her delicate shoulder to fire his gun.

And that is what compels the hired intellectual warriors of the political parties to keep coming back with ever more twisted arguments. One recent example was a widely circulated e-mail message by an obscure civil activist that brought forth PPP’s message to the civil society. It was prompted by an open letter written by Ms. Ghazalla MinAllah to Ms. Bhutto.

Ms. Ghazalla, the daughter of late justice Safdar Shah, one of the three dissenting judges who had disagreed with the capital punishment awarded to Z. A Bhutto, had severely criticized Ms. Bhutto for not taking up the cause of sacked judges. Citing the example of her own father, who was a victim of Bhutto’s usual high handedness, but yet risked the wrath of a military dictator in upholding the point of law in his case — she built a powerful argument for the role of personality in judiciary. This was a lame excuse Ms. Bhutto had cited to put a cover on her inability to take up the cause of the judiciary.

But the e-mail after referring to Ms. MinAllah’s powerful argument as ’emotional’ went on offering PPP’s advice that civil society should follow the political parties — read Ms. Bhutto’s PPP — rather than trying to persuade political parties to follow their agendas. Despite some adornment by contemporary references it is a patently weak argument. No doubt Pakistan’s civil society is at an infantile stage and cannot effectively market its ideas. But rest assured, forward march for the greater good in most political systems comes when civil society groups become powerful enough to set focused agendas for the politicians to follow.

Aitzaz Ahsan’s latest proposal that local bar councils should endorse the parliamentary contestants who support the reinstatement of judiciary might not yield the results many desire. But this is certainly the way forward for the struggle ahead. Civil society agendas should be like setting the tracks for the trains of the political parties. It is a long drawn struggle and it reminds me these lines from Robert Frost:

Two roads diverged  in a wood,

and I took the one less traveled by,

And that has made all the difference

These lines inspired various books, and one of them was: Road Less Traveled, by the American psychologist, Scott Peck. And if I correctly remember the opening lines of the book say: Life is difficult but once we understand that then it becomes easy.