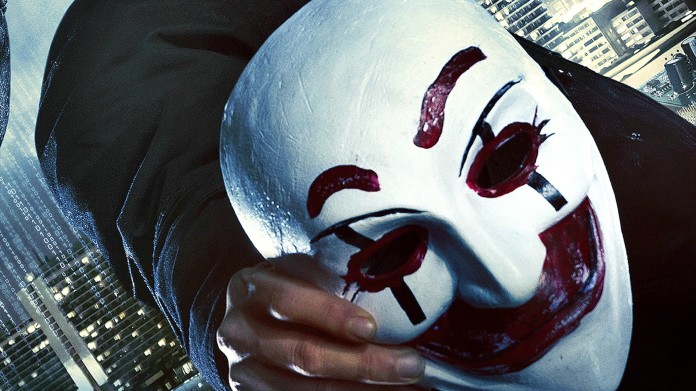 How do you know who am I ? And what I meant? – A day earlier I was arguing the same with a certain Nitin Joshi on Twitter, I pointed out that he misunderstood a note I wrote. But he shot back and said that he has the right to discover what he finds “relevant” or “important” in what I wrote. I conceded with a cynic remark which meant that “many versions” of myself have started to exist as per whatever anyone wants to conceive or interpret. What I am or represent does not matter. Same now is happening with this “Maulana” false story & my note of explanation.

Truth mostly, if not always, depends upon our ability to perceive it, and our ability to grasp it depends upon our sum total understanding of life, ourselves and world around us. In other words our understanding is limited by who we are. Remember that frog in a village well who was confronted by the taunt that did he know how large an ocean is? retorted by drawing a circle large enough to approximate the circumference of the well and said: “Ocean couldn’t be bigger than this, could it be?” Most of us, in many situations are like that frog, especially if we insist on locking ourselves in our little worlds. Our understanding of world is who we are!

I was reacting to the false news that a certain Maulana was recently intercepted by police, found drunk, arrested and then released on intervention of certain TV anchors. To me as a media person this was a pathetic example of yellow journalism for the event didn’t happen the way it was described.

Now the ensuing debate on the page: whether a certain Maulana or many Maulanas are drunkards & debauch? Should such and such person should hold such and such title? And the latest twist that how dare I accuse Maulanas of something like this when I myself have been a fraud who had been forging documents to steal property from my dying father are various rival interpretations and comments on something “arrest of Maulana in drunk state” that actually never happened – even two years ago. This debate is not about Maulana; it is about who various people are, how they perceive the world around them, what they stand for, who they hate etc.

Thanks to most of you this page has become very important! But some of you – a small number- are “plain idiots” and don’t deserve to be on this page. This page and its active community is like a club and all clubs have a certain level to be admitted. Numbers don’t matter, what matters is the level and intelligence of debate.I have gradually realised that despite TV’s reach across large sections of populations now TV programs often are less influential and what I write here or on Twitter creates far greater impact. FB & Twitter have created thousands and thousands of friends and well wishers and hundreds of powerful enemies.

In recent months all my acclaim and most of my problems & troubles have been a direct result and outcome of what I say and write here. Unfortunately this means these pages & Twitter handle are monitored & even penetrated by different interests and they are now not only what you commonly think about with euphemistic terms of “idaray”but others much beyond have also been actively interested.

Why? As I said earlier, it is not about numbers; it is about level of comment and debate and the ideas it creates. And despite monitoring and its hazards (for me, not you) there is a very interesting silver lining. What most of you write, in reasoned manner, with logic and conviction, is being read, analysed and creates impact. This has started to become a sort of newspaper or magazine. And most of you deserve Congratulations for this! However there is no real “power without responsibility”.

British writer James Curran had authored a book about media with this title “Power without Responsibility” which I read at London School of Economics. Pakistani electronic media is a classic, text book example of Curran’s thesis – though James Curran’s model was a warning about Britain. But Britain & west heeded the warning and avoided the trap; just like west understood George Orwell and saved democracy. Today “Orwellian Societies” exist in many other parts of the world but not in west.

But Pakistani Media (News & Current Affairs) has gradually lost its relevance and power. Most intelligent people and politics have become immune to whatever media keeps on saying. It has become a noise box of increasing irrelevance. Same is about to happen to social media. My bottom line is: there is no “real power without responsibility”. If you want to have impact in world of ideas, if you want relevant people to take you seriously, if you want to do good then learn to comment with logic, reason and responsibility.

More later! Including why more Indians should be here and not less!
Thanks! & Eid Mubarak!
Wherever you are!