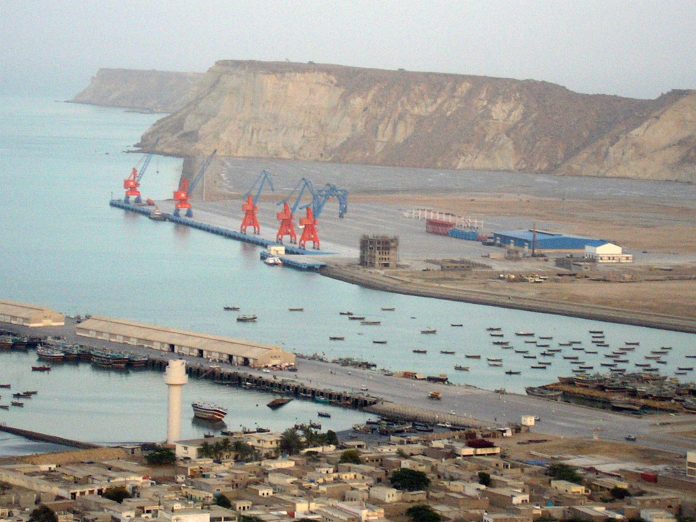 From the pusillanimous response of Nawaz government to Narendra Modi’s absurd pronouncements on Baluchistan one wonders where is Baluchistan located? Is this a part of Pakistan like Punjab, Sindh and KPK or is an independent or disputed territory lying somewhere at the edge of Arabian Sea? A territory and people to whose fate Islamabad remains unconcerned? A territory whose ministers were left responding to Indian PM on their own? May be Prime Minister secretariat needs to look at ‘Google Maps’!

Narendra Modi first thundered about Baluchistan in an all party meeting on Kashmir on 12th August, threatening Pakistan that if it did not stop interfering in Kashmir then India will expose Pakistan’s atrocities in Baluchistan. Hope when the moment comes, his agencies will also brief him how much Indian army and paramilitaries are employed in and around Muslim dominated Kashmir valley and offer a private comparison to the Pakistani deployments in Baluchistan (after all Indian PM has a right to truth, even if privately) and he may like to know: when was the last time few thousand Baluchis assembled on the streets shouting against Pakistan or carrying Indian flags?

But as soon as Modi uttered his words, all the ‘wazifa khor’ Baluch sardars sitting abroad, with their luxurious lifestyles, from Geneva to New York on generous Indian stipends then got the green signal, went dancing to the tune, and offered tributes to the Messiah Modi. One of them was Brahamdagh Bugti who dressed in a suit, probably paid by Indian money, facing camera organized by Indian agencies, went on thanking ‘Modi Sahib’ and did not stop there but appealed to Bollywood supremos Shahrukh Khan and Amitabh Bachan to make a movie on the life of his grandfather, late Nawab Akbar Bugti Khan.

And given close nexus between Bollywood and Indian intelligence setup – in visible display since early 1990’s when Indian establishment decided to employ Bollywood in its PR strategies, following the footsteps of Pentagon, and something which ISPR is trying to emulate – this too might have been part of a script. Brahamdagh, the helpless dependent lost politico, might only be repeating what was put in his mouth, not realizing how he looked stupid with his feigned smiles and ended up trivializing Nawab Akbar Bugti and what Baluch suffered in their struggle by throwing all of that in Indian lap. What an amazing ‘political faux pas’! This should be in “Dummy’s Guide on What not to do in paid insurgencies”. Congress’s ex-foreign minister, Salman Khurshid was quick to catch Modi’s political blunder and Modi must have realized now.

But this is now. On 15th August, in the second part of the scripted play, Narendra Modi the demagogue went on thanking all those Baluch who had appreciated his bold stand. Where was the demagogue speaking? He was on the podium addressing the crowds, the media, the whole world on India’s Independence Day on 15th August.

A world, and by that we sadly often mean US lead western world, aligned with Indian system against the Chinese threat, is conditioned not to react to Indian tyrannies, support for terrorism or political failures, but in this case many in the west noticed that Indian PM is treading on a ground he shouldn’t as exemplified by analysis in Washington Post. Modi only later must have realized the implications of his ‘blunderous faux pas’; in his mounting frustrations on Kashmir, which are only an outcome of his flawed policies, his misreading of ground situation and history he ended up exposing the strategic investments Indian agencies have been making in Baluchistan for the past several decades – but expedited on war footing since 9/11 and rise of TTP in FATA. In his quest to threaten Pakistan he also ended up accepting Kashmiri resistance as ‘legitimate freedom fighters’ for if Baluch insurgents in an area not internationally disputed be ‘freedom fighters’ then how come he now deny the same status to Kashmiris in a state accepted as disputed by India in United Nations. (India’s later day unilateral change of definitions notwithstanding)

But what happened to Islamabad? True, that Sartaj Aziz and Mr Fatemi murmured a bit, and Mr Nafees Zakarai as usual took to the podium, but what about the other cabinet ministers? What about the Prime Minister himself? Has anybody thought of summoning the Indian High Commissioner and having a bit of ‘unfriendly chat’ or even this is too much? the way Nawaz government is trying to placate Modi sarkar, English language will soon need new words and expressions to replace ‘Appeasement’ because nothing what Neville Chamberlain did will help explain the impotency of Nawaz government. Chamberlain saw the clouds of war over Europe, he wanted to avoid that; but he was letting Hitler grab territories in Europe and not in United Kingdom, not even entertaining claims on any part of the erstwhile British Empire. Excuse me! Baluchistan is Pakistan. Prime Minister secretariat and PMLN social media team might not have heard of ‘Atlas’ but today fortunately they can consult Google Maps.

Yes! we know, Nawaz Sharif seems to be under the US pressure to placate, accommodate American concerns on India and he has been exhibiting a desire to use ‘Modi leverage’ against his establishment but as Prime Minister of Pakistan he needs to rise above all this, he need to find ways and means to preserve his national sovereignty. If he continues to fail in this fundamental enterprise, history will judge him very harshly. As third time Prime Minister of Pakistan, this should be his foremost thought. He has proved himself, his political credentials, his place in history; he must not lose it under badly understood paradigms; whosoever is advising him to continuously placate India – and to suffer to woe Modi’s – is not his friend. I am serious.

[Moeed Pirzada is a TV Anchor and Editor Strategic Affairs with Dunya News Network. He has worked in Central Superior Services, has studied International Relations at Columbia University, New York and law at London School of Economics, Twitter#MoeedNj ]