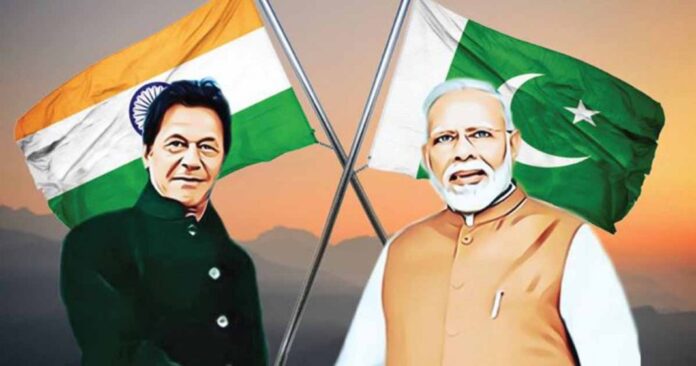 India and Pakistan were engaged through backchannel for more than a year. Focus of discussion remained normalization in Kashmir and its change of status back from the union territory towards a state with guarantees against feared demographic change. Successful process between two South Asian countries could have led to Indian PM Narendra Modi visiting Pakistan for the SAARC summit in October 2021. Highly placed sources in Islamabad told this scribe.

India wanted to initiate dialogue on Kashmir, this much was admitted by Pakistan’s young NSA, Dr. Moeed Yousaf, while talking to prominent Indian anchor Karan Thapar almost five months ago. Later in the past few weeks, several things happened in quick succession: India and Pakistan DGMOs renewing the 2003 ceasefire, India letting Pakistan use its air space when PM Imran Khan traveled to Sri Lanka, comments of Pakistan’s Army Chief, Gen. Qamar Javaid Bajwa, (bury the past, and conducive atmosphere in occupied Jammu & Kashmir) during the Islamabad Dialogue followed by tweet of Indian PM Narendra Modi on PM Khan’s illness and later PM Modi’s letter wishing well to Pakistani people on Pakistan’s Day, on 23rd March. PM Imran Khan positively responded to Indian PM on 29th March and insisted that talks on all issues particularly Jammu and Kashmir are needed. Till that point, all looked good.

However, the bonhomie train of these developments was suddenly disrupted when Hammad Azar, new finance minister, declared, unexpectedly, that Pakistan has decided to import sugar and cotton from India. Political reaction from opposition led by Ahsan Iqbal of PMLN and media channels created a new situation and cabinet of PM Imran Khan quickly deferred the resumption of trade.

Does that mean that the process is dead? No, the process of back-channel engagement is very much alive, will continue and the ball is in India’s court, the onus of moving forward lies with India that has to take steps to restore the statehood of occupied Jammu & Kashmir and has to create an “enabling environment” – highly placed sources in Islamabad insist.

This is the first time that Pakistani government sources, in Islamabad, have confirmed the existence of back-channel engagement with the Modi government in Delhi. Till this point, all information, piece by piece, was flowing from the Indian media citing Indian sources. Now Pakistani sources insist that back-channel communications always exist, and both sides were engaged in a robust process from the early part of 2020 with the help of third countries.

From the Indian side Ajit Doval, NSA led the discussions with highly placed officials within Pakistan. UAE had been mentioned earlier in media space, but sources assert that Britain too had been playing a positive role in furthering trust between the two warring states of India and Pakistan.

There is no sell-out on Kashmir, sources insist. Far from that India has hinted at making moves on Kashmir issue. Pakistani side has consistently kept the focus on Kashmir from the very beginning of engagement in early 2020; it demanded a normalization of life and activity in occupied Jammu and Kashmir, restoration of the statehood to Jammu and Kashmir with guarantees that no demographic change will be permitted in the disputed territories. Pakistan expects political autonomy to the Kashmiri people, full restoration of communication links, rights of travel for Kashmiris to AJK and Pakistan on permit and it wants India to extend guarantees on waters from Kashmir.

A successful step-by-step process would have ultimately led to the visit of PM Narendra Modi to attend SAARC summit in Pakistan in October/November of 2021. Trade resumption between countries would have been announced at that stage. What then led to the early declaration by Hammad Azhar and the cabinet’s reaction is not clear. Sources admit that Hammad Azhar’s declaration was untimely without the development of a conducive political preparation and came as a shocker to the political parties and the media.

However, Hammad Azhar was not speaking in a vacuum. Will Modi’s visit now transpire this year is not also clear. However, sources insist that back-channel engagement will continue with additional Confidence Building Measures (CBMs) between both countries and Pakistan welcomes the positive steps taken by India so far, for instance honoring the “2003 Ceasefire” initiative by Pakistan.

A credible Indian source has earlier informed this scribe that continuing use of heavy fire on LOC in Kashmir sector had a huge cost for both countries and in 2020 alone India spent around Rs. INR, 14,000 crore (around US $2 billion), and Pakistan also spent around 60% of that in its retaliations. These figures if true meant that Pakistan spent around US $1.2 billion in the use of live ammunition in one year.

While costs are high for both sides, it’s clear that Pakistan’s troubled economy seeking politically difficult bailout from IMF cannot afford these continuing expenditures. Though Indian source did not claim but it looks apparent that Modi government is following the strategy of increasing economic burdens against the adversary. Regan administration had adopted this successfully against the erstwhile Soviet Union in 1980’s.

Political analysts in Pakistan may wonder what concessions the Modi government can extend to Pakistan in Kashmir. No one expects that Modi can now reverse the abrogation of Art. 370 or can bring back 35-A. News from Indian occupied territories however hint that at some stage, Delhi may restore the status of a “state” to the “union territories” of Jammu and Kashmir and claim that as a political concession to the people of Kashmir.

Some sort of delimitation may also take place in Jammu increasing the electoral share of Hindu-dominated Jammu in the newly created state of Jammu and Kashmir making it possible for BJP to form government in the newly created state. Guarantees against demographic change can be provided by giving a version of Art. 371 to Jammu & Kashmir. Art. 371 is similar to the erstwhile Art. 370 of the Indian constitution and many states formally part of India in its north and northeast enjoy such status. Will these steps then constitute the “conducive atmosphere” or the “enabling conditions” Pakistan seeks remain far from clear.

Congress had once maintained that India and Pakistan should defer a decision on Kashmir and improve their overall relations through trade and investments. Seeds of that thinking were adequately present in the “Musharraf’s Four Point Formula”. If that process had not been abandoned or lost traction after 2007/8 then a far more realistic solution could have emerged in South Asia where India and Pakistan would have moved closer without bringing a change in the overall political architecture of the disputed state.

Another opportunity was lost when in the early part of 2014, Nawaz Sharif government was about to grant MFN status to Congress ruled India but then stopped when a mysterious messenger, a NRI representation of Narendra Modi, from New York arrived demanding that decision be deferred till BJP forms government after the elections. Had that trade agreement taken place perhaps even the BJP government would have found it difficult to abrogate it unilaterally.

Under both scenarios Delhi would have continued insisting that Kashmir is “India’s Atoot Atang” and Pakistan would have reminded India and the world that Jammu and Kashmir need resolution as per the UN Security Council resolutions. Both scenarios offered a better future to Kashmiris. What follows from now – after the Aug 5th radical decisions by the Modi government – is not clear and needs more debate and analysis across both countries. But India and Pakistan are engaged in back-channel dialogue, are not firing across LOC, and are contemplating CBMs towards resumption of trade is a positive development, nevertheless.