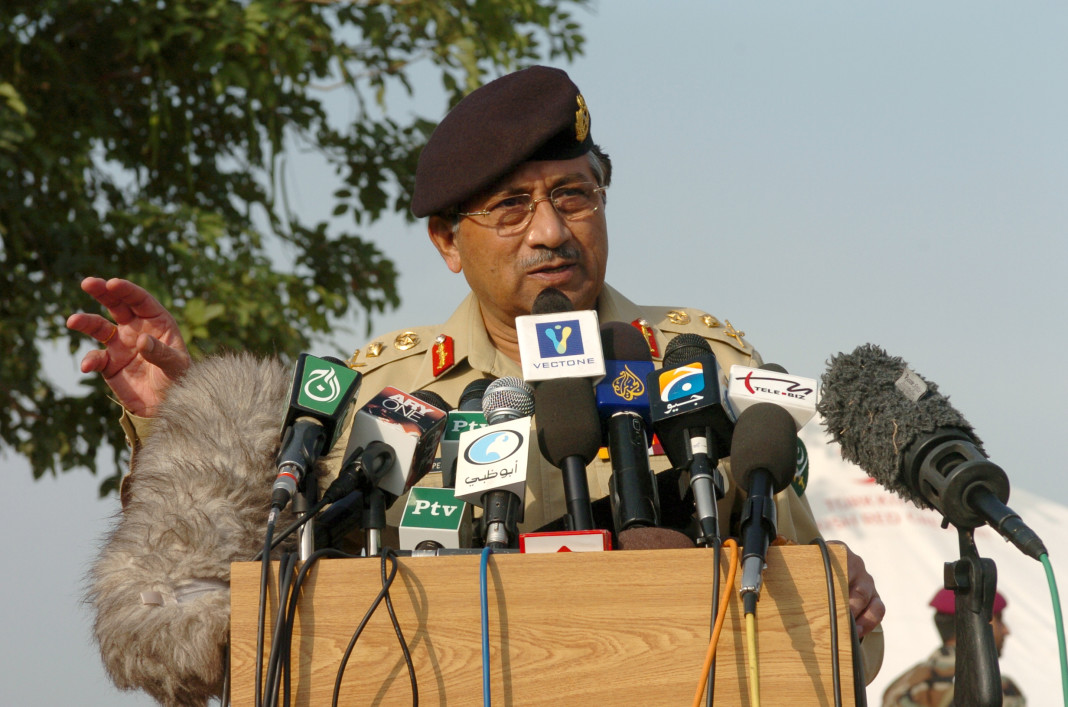 The ongoing ‘mysterious ban’ on the private TV channels may be over within the next few days but General Musharaf’s twin assault on judiciary and the media has interesting implications for not only these two institutions, lawyers and the media persons, but for the state of Pakistan. And we may ask why?

Lets begin by examining the assumptions of the advisers of the general, or the ‘establishment thinkers’ so to say. They had rightly concluded that media provide the ‘connect’ across Pakistan’s diverse geography and population centres and would have fuelled the protests and demonstrations once the martial law was imposed. The impact of the televised scenes of state minions grabbing and shoving the chief justice on March 9 and the national reaction, mediated by the media, to the tragedies of May 12 in Karachi, when the regime was put on defensive, must have been on their minds.

If these ‘establishment thinkers’ have concluded that the lawyers movement, between March and July of this year, was in itself orchestrated and sustained by the e-media’s robust reportage and fulminating commentaries then they are probably not much in wrong, either. When a visibly agitated General Musharaf, on November 3, was haranguing against ‘judicial activism’ and ‘irresponsible ungrateful media’ he was no doubt giving effect to personal frustrations of a cornered dictator but yet at the same time his words echoed this growing feeling inside the establishment pundits, from the top echelons of the civil secretariat, police and the GHQ, to the drawing rooms of PMLQ, that the current nexus between the judiciary and the media makes it impossible to govern.

And this is not all. Many politicians in the opposition, beneficiaries of the so called ‘free media’ are potential recruits of this ‘governance mindset’; after all-if we take aside the latest ‘PCO/martial law’ episode — the track record of Ms Bhutto and Nawaz Sharif on media, when they were confronted by the challenge of governance, was if anything even worse than the general.

This ‘insecure governance mindset’ may conveniently ignore that the emergence of Pakistan’s private media is one singular achievement that makes Pakistani people, inside the country and across the globe, proud. Even the western opinion makers-from New York to London – are gradually realising that Pakistan has the Muslim world’s most vocal and dynamic media. This essentially distinguishes Pakistan from countries like Iran, Egypt and even the apparently liberal Turkey.

Every nation needs a narrative. And PTV did a great job in 70’s and 80’s in weaving together a Pakistani quilt of hope, love and tragedy but now this mantle has effectively passed to the private media. ‘Establishment thinkers’ may reflect on how the private Indian media galvanised Indian consciousness at the eve of Kargil-a small conflict as compared to the previous wars in South Asia. And then they need to fast forward and remember how Pakistani media created an equally powerful emotional tsunami, the realisation of being one people, that helped fashion the national and diasporas response to the earthquake in Kashmir and northern areas in 2005.

Approaching more difficult subjects: the media response to Karachi mayhem of 12th May — though irresponsible and unprofessional at times and certainly frightening to the ‘insecure governance mindset’ in Islamabad was a powerful check on the equally irresponsible and rash actions of a regime gone mad; and once again was an unmistakable emergence of one Pakistani people, connected together, through GEO, ARY and AAJ, from Karachi to Peshawar and beyond-in an increasingly globalised world — groaning with pain and disbelief.

The ‘Kakul & Walton mindset’ echoed by General Musharraf in his emergency address is groomed in the mid-twentieth century theories of ‘statecraft and governance’. This ‘static mindset’ – a threat to the survival of a state in a globalised world — is at unease grasping that at the beginning of 21st century, media are not to be governed by ‘hastily drawn ordinances’ or ‘code of ethics’.

This is not to deny that there is some meat in establishment’s often repeated allegations against the media. TV anchors may lack balance and judgment; some may act like partisans and footage at times needs editorial scrutiny and control. But all of these issues of fairness and editorial standards can be addressed through an open, transparent, legally precise, regulatory framework enforced through an independent regulator.

In retrospect, the vision of people like Javed Jabbar that lead to the creation of PEMRA, as a media regulator, was a great step forward. But we have seen the obituary of this dream: PEMRA, far from being a regulator, has been allowed to become a ‘subordinate tool’ in the hands of the ministry of information. Now almost quarterly we face this familiar specter of media owners walking into PEMRA offices with folded hands and cable operators confronted with a policy regimen of either the ‘pants down’ or ‘plug off ’.

But then am I making a fool of myself; talking of the sophisticated concept of ‘media regulation’ in a country where parliaments are little more than rubber stamps, constitutions can be scrapped at personal will and this time even courts have gone?

But unfortunately this is still the only way forward. Pakistan already has four 24 hours news channels and at least four more are about to enter. Market for news networks, beyond this point, cannot sustain itself without clear regulatory framework and genuine courts to mediate and enforce that- otherwise disputes with the civil-military establishment and politicians will only grow in intensity making it impossible for the market to expand any more.

General Musharraf’s commando action against both the judiciary and the media in the same line of fire was mere expediency; but having digested the ‘golden bullet’ of ‘emergency-plus’ media professionals and the owners must now wake up to this reality that: the future of both the media and the judiciary are inextricably linked.

Fortunately, there is another silver lining to the horizon. Elections, whether delayed or not, will soon be held. Buzz words like ‘free media’ ‘rule of law’ and ‘democracy’ will be espoused ad-nauseam but may be the e-media and the lawyers should now get together to draft a ‘regulatory framework’ with precise legal clauses to spell out ‘media responsibilities’ and offer that to the political parties for discussion, debate and adoption as part of their respective election manifestos. Politicians in the opposition have enjoyed media’s hospitality; we know there ‘democratic hearts’ bleed for a ‘free media’ and this may be a time for ‘reality check’.