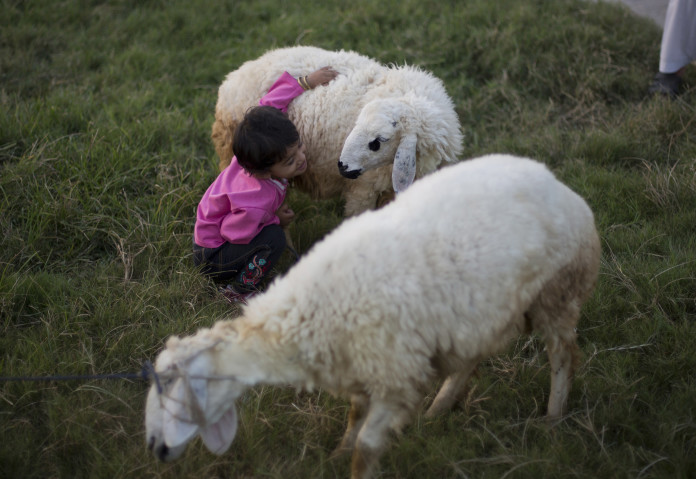 Today we have unique challenges: we have the Islamists but without the spirit of Islam; we have democracy without the democrats and we have liberals without liberalism

My parental home was like most homes in Pakistan. Each year just before Eid-ul-Azha or ‘bari Eid’ we talked of the prices of goats, of lambs, and how such and such corrupt official, thekedar (contractor) or smuggler (basically everyone our parents hated) has bought a big fat healthy cow for qurbani (sacrifice). And each year we meekly purchased a goat or a lamb, for remembering Abraham and Ishmael and for fulfilling our responsibility to God and to society. As children we joined our parents and other elders in touching the heads of these goats and later in the day gleefully consumed the best part of their meat in biryani or roast; carefully saving many valuable chunks in our deep freezer before distributing the rest among neighbours, rich friends and poor folks around the town. And I remember rushing to the front gate dozens of time to receive and collect the sacrificial meat from all friends and family and city notables, including the same smugglers we hated. And on our dining table we often discussed which maulvi or madrassa will extract the black, brown or the white sheepskin.

But then came a strange year. Our mother, for reasons best known to her, decided to buy a goat many weeks before Eid. All my siblings fancied that black goat with big eyes and a furry mane. We joined our servant and took turns in feeding her, cleaning her shed and in walking her around. She even fell ill before Eid so we called a vet who took care of that. And then came the day of the sacrifice. I do not know how animals have an intuition of what is about to happen or there is a thing called ‘animal ESP’. But from the night before Eid, our goat’s usual baah’s and meh’s changed to moans. In the morning when the busy and much sought after ‘man of the day’ — the butcher — arrived, we had to drag a reluctant, resistant, protesting goat to the front of our lawn for the butcher’s knife. During my CSS examinations I had read that the mother of King George III used to admonish the shy would-be monarch, “George be a king,” but I remember that day my mother shouting at me and my brother, “Be a man, go assist the butcher.” I still remember the helpless look of surprise and horror in that goat’s eyes as she lay there moments before the moving of the knife looking at me; someone she had internalised as the caretaker and someone who had betrayed her. On that Eid, my siblings ensured that no meat was served on our dining table and nothing went into our mother’s deep freezer; all of it went to the neighbours and to the poor.

It was the first day in my life when I had to grapple with the spirit and power of the biblical parable of Abraham and Ishmael (some sources argue it relates to Isaac). Though we all profess to love children but I had to wait many more years in my life before I held my own child in my arms and to experience the joy and to understand what it might have been for Abraham to have Ishmael or Isaac. My religious beliefs were never akin to those of a bishop or a maulana and in years of traversing through life and absorbing a bit of Voltaire here and Russell there like most of us do, I might have come to understand things a little differently. But despite all this, in my own way, I have always been religious and looked and searched for greater meaning in all the divine religions and their parables.

No doubt rituals have been important in defining, orchestrating and deepening religious experiences. I do not want to spend time describing how today on TV and radio we will consume endless hours discussing the price inflation of sheep; or that today we purchase goats one day before Eid or how across the world we get certificates of our financial share in a qurbani. Societies have held together and shaped themselves around rituals but I wonder what happens to a society when it loses its power to interpret and reinterpret and all it is left with is rituals. We know that when ideas lose their spirit, words lose their meaning and thus their power and effect but have you wondered that something more than that may also happen.

So please forgive me for going totally berserk and refer to something very unusual and bizarre for this kind of discussion. A few years ago while studying ‘Media and Internet Regulation’ at the London School of Economics, I came across a very provocative book, Code and Other Laws of Cyberspace by Professor Lawrence Lessig who has taught Internet Law at both Harvard and Stanford and who in my judgement is to Internet Law what Steve Jobs is to computation. Lessig, at one point, while trying to explain how statutes and constitutional enactments of an early age may not only lose their original intent and meaning but if interpreted literally in a different age and context may end up meaning the opposite.

To help explain Lessig takes us to a 1928 US Supreme Court case, ‘Olmstead vs the United States’. The US government was fighting prohibition era alcohol cartels; it had just become technically possible for the government to tap telephone lines and record private conversations from its telephone exchanges without physically going into private property; and using this newfound power the government used such phone recordings to convict alcohol smugglers. Lawyers of the defendants argued before the Supreme Court that such recordings, without a warrant, constituted ‘trespass’ and ‘invasion of privacy’ and that the government had violated the US constitution and the Fourth Amendment that guarantees citizens their right to privacy.

What do you think happened? The US government argued that since the police never physically entered the premises, merely recorded phone conversations from exchanges, so trespass never happened. In 1928, Justice William Taft agreed with the government. However, another judge on the panel, Justice Brandeis, wrote a note of dissent arguing that newer technologies had made it possible for the government to violate the privacy enshrined in the Fourth Amendment without the need of a physical trespass. And that the court, grappling with challenges of a different age and time and context, needs to reflect beyond the words of the Fourth Amendment to preserve the original meaning and the spirit of the framers of the Fourth Amendment.

Now let’s come back. Lessig was obsessed with Internet Law and how the 200-plus-years-old US constitution’s original meaning can be preserved in defining laws and governance for cyberspace. And I was thinking of religions and Islam. Today we have unique challenges: we have the Islamists but without the spirit of Islam; we have democracy without the democrats and we have liberals without liberalism. If on this auspicious bari Eid day, I have made you pause and reflect that words and statutes may not only lose their meaning in a changed context, but may end up meaning the opposite, then maybe I have succeeded. Eid Mubarak!