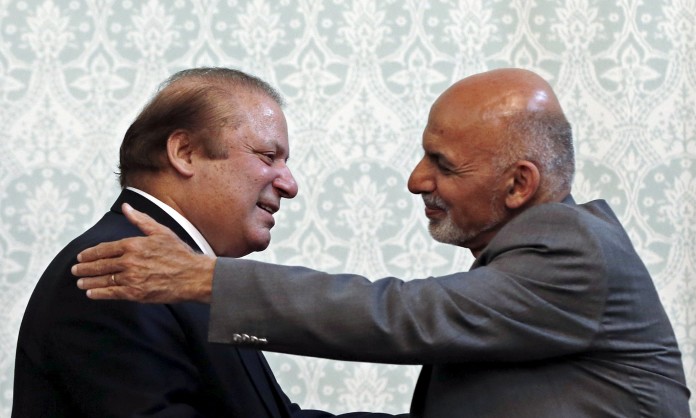 Modi Govt upset about growing Pak-Afghan thaw & improved relations between Islamabad and Kabul and its intelligence apparatus may plan something in the region to divert attention and to bring Islamabad under pressure internationally and to isolate it..???

This looks like intelligence leaks to Pakistani media, which is also being discussed in news bulletins; so far the details are sketchy. It looks like based on intelligence intercepts; it is being speculated that this may take the form of attacks at strategic places inside India. All of this has a background which needs to be understood.

Any such happening will be frightening since Modi govt has already demonstrated its intent of a “hard line policy” towards Pakistan. Its escalation of border tensions at LOC, its retching of war of words, cancellation of Secretary level talks and rebuffing of peace overtures by Nawaz Sharif are all troubling signs. Add to this the internal political overtures of Modi govt like the commitment to abrogate Art. 370 which guarantees a Special Status to Jammu & Kashmir within the Indian constitutional framework and you clearly see that Modi govt is bent upon changing the rules of business or dealings with Pakistan. You can sense this “belligerent feeling” by hawkish comments of many of our Indian members on this page.

Pak-Afghan thaw then becomes the last straw on the Indian Establishment’s strategic apple cart. Delhi has patiently invested in building a strategic partner in Kabul. They have invested hundreds of millions of dollars and their commitments are around $ 2 Billion. India was one lone country that had consistently opposed total US withdrawal from Afghanistan. It feared that a US scale down will create space for Pakistani entry and maneuvering. New Delhi’s strategic calculus relies upon Afghanistan as an important ally to keep Pakistan under pressure from both sides.

With change of guard in Kabul, with Ashraf Ghani and Abdullah Abdullah both striking good chords with Islamabad, with Pakistani military flushing out TTP from North Waziristan, with Gen. Raheel Sharif and his new Intel Chief, Rizwan Akhtar increasingly successful in assuring Kabul of their neutrality in the internal power dynamics of Afghanistan and with the US seeing Pakistani military as a vital ally in keeping ISIS influence out of Pakistan and Afghanistan (notice Gen. Raheel Sharif’s statement in Washington), Indian strategic calculus is in serious jeopardy. New Delhi is upset and understandably so. Even with a Congress govt they would have done something to influence these recent unfavorable developments – but with a belligerent trigger happy Modi government that already wanted to change “rules of business” these unfavorable regional developments may be quite difficult to digest. Fear is that they will do something to redress this “changing balance”. Pakistani media is discussing it, but Pakistani Foreign Office should address these concerns in its briefings. It should air its concerns on such news and assure New Delhi that it will extend its fullest cooperation in the event of any third party doing any irresponsible act in the region. Word should go out internationally that something can happen and all sides need to be alert and vigilant to address and cooperate in any such eventuality.