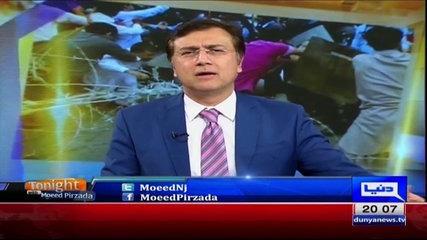 Dr Moeed Pirzada with Rustam Shah Mehmand discussed the implications of bringing Afghan Taliban for Peace process which initially started on July,2015 at Murree. But soon after this meeting death of Afghan Taliban leader Mullah Omar surfaced which halted peace talks between Afghan Government and Taliban groups. Recently High level diplomats from four countries met over the weekend in Islamabad to discuss ending the war in Afghanistan. The meeting, hosted by the Government of Pakistan, was the third time that the so-called Quadrilateral Coordination Group (QCG) of Afghanistan, Pakistan, the United States and China convened discussing the Afghan peace and reconciliation process. It is worth asking why the performance of QCG has been so disappointing. The QCG will not prove to be a balanced and efficient mechanism to bring lasting peace to Afghanistan as it effectively blocks Russia and Iran, two of the most important players in Afghanistan, from the negotiating table. Most importantly, multiple rounds of talks among the quartet have failed to convince the Afghan Taliban to talk peace with the government in Kabul. Although Gulbuddin Hekmatyar’s Hizb-e-Islami, formally allied with the Afghan Taliban, has decided to join the peace talks, it will not have a significant impact on the peace process because Hizb-e Islami’s ability to conduct an insurgency has been declining over the years and it has little influence over the Taliban.