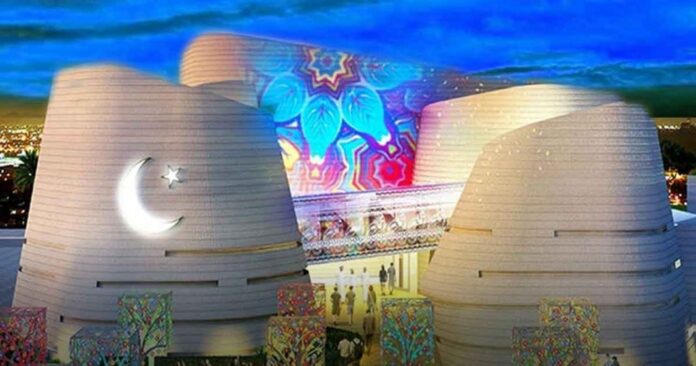 Dubai Expo 2020 is a World Expo that was kick-started on September 30 and will last till the end of March 2022. Originally scheduled for October 20, 2020, to April 10, 2021, it was postponed due to the COVID-19 pandemic. Despite being postponed, organizers kept the name Expo 2020 for branding purposes. But this is not the only confusion in minds about “Dubai Expo-2020.”

Many here wonder if this is something specific to Dubai. Not at all, this amazing thing which is being witnessed by this region for the first time is an international fair that was first organized in London in 1951 – in the heydays of Victorian Britain’s industrial era.

List of World Expos – shortened for expositions – is an annotated list of every world exposition or great fair sanctioned by the Paris-based Bureau International des Expositions (BIE), including those recognized, retrospectively, as they took place before BIE came into existence in 1928.

When Victorian England held its first show to exhibit the European world’s industrial advancement, it was called the “Great Exhibition of London” (sometimes referred to as the Great Fair in works of fiction), and it mainly was about industry and technology. But in today’s post-modern world, of which Dubai aspires to be a part, this has assumed multiple dimensions about art, culture, and society.

Dubai Expo has its overarching themes: Opportunity, Sustainability, and Mobility. These themes have become ‘districts’ spread amongst the 438-hectare area of the Exposition. Pakistan has classified itself under “Opportunity.”

“Through the Dubai Expo, the Bank would like
to invite other investors to come and explore
the untapped potential of Pakistan. I would like
to thank the Governments of Pakistan and UAE
for providing us with this opportunity to engage
with an all-embracing community of bankers,
financiers, thought leaders, and international
experts from all walks of life, and look forward
to their continued support. I would also like
to congratulate the organizers of the Dubai
Expo for the successful execution of the event,
enabling us to represent a modern, progressive,
and inclusive Pakistan.”

Today designation “World Exposition” or “Expo” refers to a class of the largest, general scope exhibitions of 3 to 6 months’ duration. Initially, this five-year interval was not necessary, but now this is an imposition by BIE – perhaps to save national expenditures.

As referred above, the main site of Expo 2020 Dubai is a 438-hectare area (1083 acres) located between the cities of Dubai and Abu Dhabi, near Dubai’s southern border with Abu Dhabi. The master plan, designed by the American firm HOK is organized around a central plaza, entitled Al Wasl, enclosed by three large thematic districts.

Each one is dedicated to one of the sub-themes of Expo 2020 – Opportunity, Mobility, and Sustainability. Orascom and BESIX built the infrastructure of the 4.38 km2 Expo 2020 site.

The opening ceremony, on September 30, featured performances by Italian tenor Andrea Bocelli (“The Prayer”), British singer Ellie Goulding (“Anything Could Happen”), Beninese singer Angelique Kidjo and Saudi singer Mohammed Abdu (a duet of John Legend’s “If You’re Out There”), American singer Andra Day (“Rise Up”), and Chinese pianist Lang Lang, among others.

The opening declaration was made by the Emir of Dubai Sheikh Mohammed bin Rashid Al Maktoum. A Pakistani delegation headed by Adviser to PM on Commerce and Investments, Razzaq Dawood, was there for the first two days.

As mentioned above, Pakistan has classified itself under the theme of “Opportunity,” and several Pakistani companies are supporting Pakistan Pavilion in the Dubai Expo. The country’s largest bank, HBL, and the largest exporting association, APTMA, both have taken a huge lead in supporting this initiative.

HBL takes pride in being the Pakistani bank with the longest on-ground presence in UAE. Given the large size of Pakistani ex-pats in the UAE, the bank has been playing an important role in facilitating financial flows into Pakistan. The Bank has always viewed its relationship with the UAE from a long-term perspective.

“In today’s highly interconnected world, a renewed
vision of progress and development based on
shared purpose and commitment is key. While
a married human mind, an individual country,
or a specific community is both unique and
remarkable, it is by working collaboratively
that we truly advance.”

It also uses UAE as a regional hub to run its business across the Middle East, given UAE’s prominence as a Regional Business Centre and is thus playing its unique role in the growth of the UAE economy.

Five cities had originally bid for the slot for a world’s fair in 2020: Dubai (UAE), Yekaterinburg (Russia), Izmir (Turkey), and São Paulo (Brazil). Dubai Expo 2020 became the first-ever Middle Eastern Exposition when all others were knocked down.

São Paulo was eliminated from contention after the first round of votes. Izmir was knocked out in the second. Yekaterinburg lost to Dubai in the third and final round of voting.

The UAE selected the theme “Connecting Minds, Creating the Future” and the sub-themes Sustainability, Mobility, and Opportunity.

On November 27, 2013, when Dubai won the right to host the expo 2020, fireworks erupted at the world’s tallest building, Burj Khalifa. A national holiday was declared the following day for all educational institutions across the country. The Dubai Ruler promised Dubai would “astonish the world,” in 2020.

The staging of the world fair and the preparations leading up to were expected to result in 277,000 new jobs in the UAE, an injection of nearly $40 billion into the economy, and an increase in visitors of at least 25 million and up to 100 million. The world’s tallest commercial tower to be built in Dubai, in Jumeirah Lake Towers, was given the name “Burj 2020” in honor of the World Expo 2020.

But many things have not gone the way the Dubai establishment had envisaged in 2013. Due to the pandemic Expo is starting at the end of 2021, EU Parliament and many human rights organizations have still protested the timing of the Expo, considering such a large collection of humanity a health risk.

This has taken some of the shine away from the great Exposition, and that much fewer people will attend- yet much is there to connect minds, learn, experience, and celebrate over the next six months.