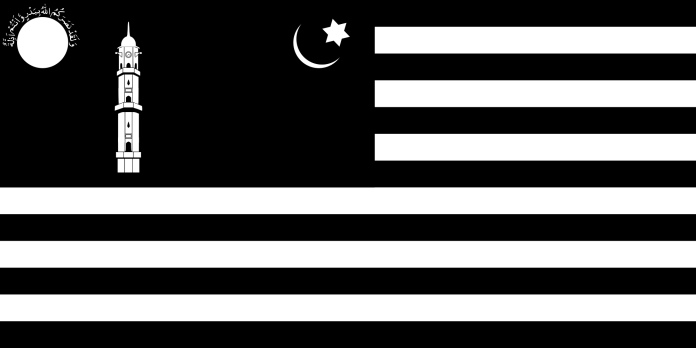 @Ashutosh and all those who have read his questions and comments in an earlier post: – You are right; Pakistani Muslims attitude towards Ahmediya/Qadyanis is disgusting; all what happened to this “punjabi community” is a symptom of the inward looking backwardness and narrowness of the Pakistani society; we started by persecuting Qadyanis and ended up with Shia/Sunni; and we are paying a price for the hatreds we ignited, genies are out dancing on our streets every day; but then there are scores of Pakistanis who openly condemn that; read Express Tribune columns, stories and comments during the recent events; in college in Lahore I have been beaten and threatened for raising my voice to stop Jammati boys beating young Qadyani students; I used to do a program from London and one member of this page – Pheobe Afrin – has been a viewer since then; I always used to condemn acts of violence against Qadyanis or Christians; so much so that I used to receive hate mail from die hard conservatives; it was always a live program that took phone calls and many times people called to condemn me and express hatred as a “Qadyani” which is considered utmost insult in this difficult society for someone who is a Sunni & Syed; within Pakistan no tv person is more deeply engaged with the diplomatic community so they started calling me an American stooge; I interacted a lot with Indian diplomats so that became a problem and agencies suspected me and harassed me and trust me that is not easy to deal with; I have never mentioned this before (because it’s a fashion in Pakistan to declare threats to seek importance) that how many times I receive hate calls, text messages, letters; how many times I have been harassed by all those of all shades of opinion that disagree.

Or I have to lie low to avoid trouble; read what many wrote on these pages when I requested Indians to tell us about being a Hindu; and I am not alone there are many like me; take the example of all those who have raised their voice against blasphemy laws or in the Rimsha case- which after all are laws of the land – and by morning you will see hundreds of those condemning Bilour’s irresponsible bluff about the film maker; and we live in a poor developing country where dissent is more difficult and cumbersome; in all this context what surprises me is the total inability of Non-Muslims -especially the Christians in this case – to rise above their “narrow identities” to understand and reflect that how much pure hatred has been created and is being spread because of the actions of people inside America and how no important personality has taken a position on this issue; I am not sure but I think even Pope and Vatican who keep on lecturing Muslim countries like Pakistan continuously are silent; US congressman and senators? writers? film makers? columnists? intellectuals? human right activists?

The essence of Liberalism lies in an intellectual ability to rise above the majoritarian prejudices; liberalism is not being pro-west, or drinking alcohol or eating pork; all these could be symptoms of being mentally free and “liberated” from the control of the majority and thus the word: liberated; what disappoints me is that how genuinely illiberal the west is? they are just wearing a mask and thin veneer on their faces, like the old Venetian masks..like in the movie, “Eyes Wide Shut”.

My problem is that I have studied, lived, worked and traveled extensively in the west and all my sources of information are English or American and I know how they are disguising their hatred under the garb of laws and regulations…and my problem is that whereas I am more post-religion than most Americans and Europeans are but I respect all religions for all religions have been attempts to connect with divinity, with a higher being, I respect all religions for without understanding them you cannot understand man kind and its issues, its fears, insecurities and without respecting all religions you cannot build a better world when we have – due to technology- become so close to each other; do I know that you exist? you could be an electronic imagination; you could exist anywhere on this blue planet and yet we are all connected through a page in virtual reality….that is what the problem is; you said what I want? I hope to see the same reaction of “genuinely liberated souls” the way we see in Pakistani English papers against the biases of “majoritarian view” and unfortunately despite more than 60 people dead in several Muslim countries there is no real voice of dissent inside the US.

I am not naive to expect that a solution would have emerged suddenly; but there is no feeling, no empathy, no human bond, nothing…and that frightens me…and you know why? because they are not really “post-religion”; they think they are but in reality they are unable to rise above their narrow identities; it’s like in Pakistan where everyone who drinks scotch or is craving sex in the name of love/friendship thinks that he is liberated; in reality one cannot be liberal without rising above one’s core sets of prejudices.