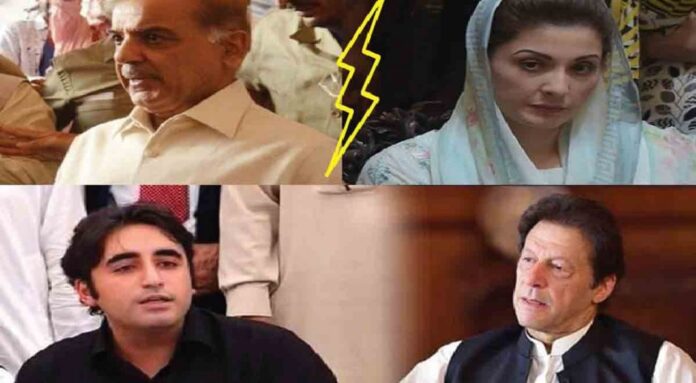 Pakistani politics enters mid-2021 amidst interesting national and regional developments; some of these are under the public radar – for instance, the fast-changing situation in Afghanistan – but these could be far-reaching.

The opposition alliance, PDM, has not been able to revive itself despite sincere efforts by PMLN President Shahbaz Sharif; and Imran Khan‘s government appears less and less concerned about the opposition. It is busy defining an economic performance agenda with a view towards the general elections.

Most in the media have also reconciled that short of a miracle, the PTI government is set to rule till the next elections, which may be held around October 2023 – unless the PM, for his own reasons, calls an early election.

With its new finance minister, Shaukat Tareen, talking of moving from “stabilization” towards growth, of seeking a new understanding with IMF and the National Accounting Committee declaring 4 percent growth in this financial year, it’s evident that PTI has started to think that it can win next elections based on the strength of a recovering economy.

Government claims of 4 percent economic growth were backed by most business houses and corporate leaders who have claimed that the economy will actually grow by more than 4 percent this year. And this was not understood earlier because large sectors – like agriculture – are still undocumented.

Opposition violently disagrees with these economic forecasts, but a robust and impressive pre-budget seminar organized by PMLN testifies to the fact that PMLN too has accepted that political debate henceforth will be focused more on economic issues and less on street demonstrations.

Opposition: Fractured in all directions

PDM’s collapse in end-March was a massive loss to the national opposition – and all those in the media that had hoped that Imran Khan government could be kicked out mid-term. While fault lines had always existed between PPP and PMLN, the sudden collapse of the alliance and the war of the words that followed between PPP and PMLN was surprising to most observers.

Fireworks continued throughout April and May, and when Shahbaz Sharif attempted reconciliation, he was rebuffed by the PMLN group led by Ms. Maryam Nawaz. Shahid Khaqan Abbasi, ex-premier, is solidly aligned with Ms. Maryam and often uses even more, stronger words against PPP leaders than her.

The rest of the PMLN leaders remain busy in damage control exercises, offering explanations that differences exist inside all political parties; this is normal and that Shahbaz Sharif is still the President of PMLN.

However, it’s now apparent that the country’s political opposition is currently suffering from multiple fractures. Not only that major parties – PMLN, JUIF, PPP, and ANP – are aligned
against each other, but there are severe and perhaps irreconcilable fault lines inside PMLN.

For all practical purposes, PMLN is the Grand Old Party of Pakistan that has ruled most of the time since the 1985 party-less general elections and has deep roots in Punjab’s rural populations, military, bureaucracy, judiciary, bar associations, and trading communities.

There are historical reasons for this deep penetration. Its primary and secondary leadership grew out of the anti-Bhutto and anti-left politics of the 1970 and 1980s. This leadership was conservative, nationalist, right of the center, and religious-minded without being overtly Islamist in character. And it was strongly pro-military.

This Punjabi alliance of ultra-conservative traders, wholesalers, shopkeepers, factory owners, and small feudal landlords was cobbled together by the Pakistani establishment to counter the left-leaning, liberal forces of Punjabi intelligentsia unleashed by Bhutto’s PPP -and the political pressures from the US that from the mid-1980s onwards sided with Bhutto’s charismatic daughter: Benazir.

These complex origins explain the continuing sympathies and concessions PMLN leaders still manage to obtain from the GHQ -despite Nawaz Sharif’s public rhetoric. And this is what Bilawal and Zardari make fun of when they question, “If this is one Pakistan” for Raiwind’s PM and others and when Zardari says that “I don’t have the right domicile.”

And this ethnically rooted politics of PMLN – inside the country’s civil-military institutions and judiciary – may also explain PPP’s inherent distrust of Nawaz Sharif. Nawaz, meanwhile, in his third political reincarnation, after his return from Jeddah and reconciliation with PPP (2007- 2013), was then all set to transform his personal rule into a second-generation dynasty.

Nawaz thus successfully used the narrative of “democratic civilian supremacy” after the 2013 elections to facilitate the transition towards second-generation dynastic politics – and had almost succeeded in outmaneuvering the military establishment – under the force multiplier of an international narrative – had there not emerged another political animal: PTI under Imran Khan.

PTI, like PPP, had origins in disgruntled Punjabi intellectuals of the 1990s’ – who wanted to change the status quo of Pakistani politics and its domination by Sharifs and Bhuttos. There is much similarity in the political evolution of PPP and PTI. PPP, after Bhutto’s hanging in 1979– managed through Punjabi-dominated courts – ended up becoming a Sindhi party.

Similarly, the Sharif family’s stronghold on Punjabi bureaucracy, military, judiciary, and electoral administration pushed PTI (baptized in Punjab) after the 2013 elections to become a Pathan party from KP – a complexion that continued after the 2018 elections giving rise to the political jokes of “Pathan occupation of Islamabad.”

But despite this facial makeup, PTI remains reasonably popular in Punjab with strong pockets of support in urban areas and among college-educated Punjabi men and women. PMLN, nevertheless, being the “Grand Old Party,” remains hugely popular across central and upper Punjab.

Though there is no objective evidence of massive election day rigging and opposition parties have not brought forward any verifiable material, evidence, or legal cases to that effect – still Sharif family and PMLN have successfully demonized Imran Khan as a “selected” child of the military. This has helped them put the establishment on the defensive – and perhaps extracting concessions from time to time.

But this strategy of “running with the hare and hunting with the hounds” has its limitations. PMLN’s political base – reflecting the party’s origins – is strongly pro-military. Constituency politicians and vote managers cannot sustain support for a party perceived as overtly anti-establishment.

PMLN’s strategy of propaganda against the establishment to align with western media for “force multiplier effect” and then extracting concessions through back door channels stands exposed and is unsustainable.

Given the principle “enemy of my enemy is my friend,” PMLN’s narrative shaping automatically became intertwined with those domestic, regional, and international elements in media (ethnic separatists, human right activists, foreign-funded NGOs, regional rivals of Pakistan) that were aligned against Pakistan’s establishment for their own geostrategic reasons – and were often funded from abroad.

These optics looked good on Twitter and were a huge force multiplier on social media and in the international press, but ultimately this strategy is self-defeating and alienates PMLN from its power base and its old perennially sympathetic paternal friend: GHQ.

This dissection may help explain the fault line between a realistic Shahbaz Sharif (aged in the corridors of Pakistani politics) and an angry Maryam Nawaz. There is much evidence to suggest that PMLN has been doing course corrections from time to time; it had restrained its shrill anti-establishment narrative by the beginning of 2019 to seek political concessions that saw relief from cases and Nawaz Sharif landing in London.

But the kind of political concessions Sharifs expected did not materialize, and the anti-establishment narrative was invoked again, with a new ferocity, during the PDM movement. Again, it backfired.

This is where PMLN needs an honest soul searching; without fully understanding its origins, its past, and correcting its failed policy of the last decade, PMLN – the Grand Old Party of Pakistan – cannot hope to regain political power through the street agitations, ballot, back channels or sympathetic international persuasions.

Pakistan is neither Turkey nor Bangladesh. PPP, for some reason not fully understood, appears far more confident and saddled on horseback than PMLN, and if someone has emerged as a “national leader” as a result of PDM’s short-lived political bonhomie, then it is undoubtedly Bilawal Bhutto – who sounds far more confident and mature and takes increasingly strong positions on national issues.

But unlike Maryam and Shahid Khaqan Abbasi, Bilawal appears to be in control of himself. He has definitely emerged on Pakistan’s political scene. Though PMLN leaders appearing on TV programs often blame PPP for betrayal and a tacit alliance with PTI, yet Imran Khan’s party seems to be making attempts to buy influence inside the politics of Sindh – by direct spending of federal funds on development works instead of handing grants to the PPP led provincial government.

So apparently, PTI is trying to penetrate into Sindhi politics with a view towards elections – which some sources believe can be held early in October 2022 instead of 2023. But this seemingly smooth trajectory of Pakistani politics can be influenced by external events – as hinted at the outset of this analysis.

In end-May, Pakistan foreign office organized an off-the-record briefing for key politicians and media. This strictly “off the record” briefing by a key source person was under Chatham House Rules.

Yet, much has appeared on TV and press about this interaction. Briefly repeating, Pakistan Foreign Office is convinced that the situation in Afghanistan is fluid and uncertain, and it fears that the US forces may complete their withdrawal by July 4 instead of the scheduled September 11, making it even more uncertain.

Pakistan has made it clear to the Taliban that it will not welcome any military solution by either side, including the Taliban, and a take-over of Kabul by the Taliban will be dangerous, a recipe for another civil war and thus unacceptable to Islamabad.

Pakistani institutions have repeatedly concluded that instability in Afghanistan directly affects Pakistan, its peace, economy, and internal political and social balance. Yet, whatever Pakistan may think, the news pouring in from Afghanistan suggests an intense power struggle happening across most of its provinces, and a civil war looks likely.

The US wants bases in Pakistan to monitor the situation. This will be politically impossible for Imran Khan’s government – however, under US persuasion, this may end up as “air corridors” over Pakistani territory. What will happen next and how the situation unfolding in Afghanistan may influence Pakistan’s political dynamics remains to be seen.