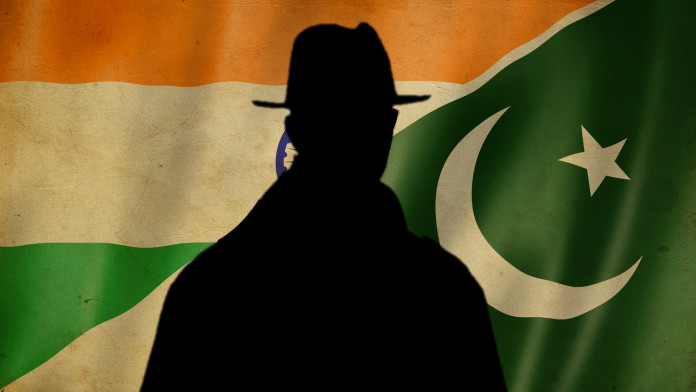 Indian media is robust. It is energetic and is not shy of asking difficult or even speculative questions – especially when it comes to Indo-Pakistan issues. Last September, when Pakistan’s PM Nawaz Sharif was all set to raise ‘Kashmir issue’ at the UN General assembly session, several Indian channels came up with the news that rebellion and violent insurgency has broken across parts of Azad Kashmir – Pakistani administered part of the split state of Jammu & Kashmir.

Indian media’s assertions were so strong, so strident that even someone like me – in  media and from Kashmir – had to call reporters in several parts of the state to find out if there is any such thing happening. After all how could  more than one India tv channel report as ‘news’ if nothing was happening. None was happening. We realized that Indian channels were merely dancing to the tune set by ‘Indian Govt’ – at the eve of UN General assembly session. Two months down the line, I was with several media persons from India at Chaophraya Dialogue in Bangkok. Thanks to Jinnah Institute and British Foreign Office. When the discussion turned to media, I raised this point. One very intelligent suave gentleman was an Editor with one of those channels. He candidly laughed and apologized and told us that when it comes to ratings, TRP’s, Indo-Pakistani masala sells.

But if ‘Indo-Pakistani masala’ is important to ratings then the erie silence with which Indian media – both print and electronic – greeted the news of the arrest of Commander Kulbhashan Yadav, in Pakistani Balochistan, is surprising to say the least. Though Pakistani allegations of his being a ‘Research & Analysis Wing’ (RAW) Organizer of political violence and terrorism’ across Balochistan and Karachi were circulating from 24th March onwards, little was discussed in India’s enormously large media. Little except what was officially said by the government in Delhi.

But now since the Pakistani government has formally released his ‘confessional video’ and given details about him, will Indian media still remain shy of asking some basic questions from its government? And those questions are pretty simple.

After the Pakistani press briefing the official Indian position is that the person shown in the video is an ex-Naval officer. Video is doctored and under duress. Kulbubshan Yadav, had left Navy long time ago. And he was doing a private business in Iran. Indian government has nothing to do with whatever activities he was doing in Balochistan. Pakistanis have probably abducted him from Iran, and India must get immediate consular access to its citizen to find out what really happened.

Pakistani side provides graphic details of what really happened. Kulbashan Yadav joined Indian Navy in 1991, was seconded to Naval Intelligence from 2002 onwards; in his video he himself points out that after the attack on Indian parliament in 2001, his interest grew in intelligence work. He was stationed in Iran, at the port of Chahbahar, under cover since 2003, as a businessman trading in gold- with the given name of ‘Patel Hussain Mubarak’ In this ‘disguised role’ he booked several shipping consignments. But his real job was to support insurgency by coordinating subversion, violent activities against general population, targeted attacks against strategic assets and against Chinese workers.

Kulbashan therefore, according to Pakistani accounts – and Pakistani authorities have   more than a few dozen hours of video recordings with him – coordinated assets inside Baloch Student Organization (BSO) and Baluch Liberation Army (BLA) – secondary links also existed in Karachi. He also visited Karachi a few times, in the beginning of his positioning in Iran. Sectarian terrorism was part of the remit. He provided finances, weapon supplies and strategic advice. He was reporting directly to Mr. Anil Kumar Gupta, a Joint Secretary of RAW. Pakistani sources also claimed – not during the press conference – that he had access to the head of RAW.

At a later stage, in near past, Commander Kulbashan’s assignments included sabotage plans focused on Gawadar port and China Pakistan Economic Corridor (CPEC). Areas of special focus were: Gawadar, Pasni and Jeewani. His speciality lay in naval sabotage; more facts may emerge. One may not forget that when Mehran base was attacked in 2011, terrorists exhibited an unusual interest in destroying P-3C Orion planes; Pakistan’s naval surveillance capacity only directed towards India. Kulbashan revealed that he travelled frequently into Pakistani territory , literally once every three months, to meet Baloch groups and assets and was caught on 3rd March 2016 in the area of ‘Sarawan’ when he had crossed border to meet assets inside BSO. His blonder was to make extensive use of telephone. (not mentioned in the press conference).

Pakistanis could be lying. Indian government has a valid point that Kulbhashan is under Pakistani control, he is under duress and anything could be put into his mouth. Some in  the Indian media have pointed out that Pakistanis are desperate to divert attention from their ‘purported sins’ in Pathankot and terrorism at home. So anything is possible.

But there are things Pakistanis could not have done. Will Indian media not like to ask that when had Commander Kulbashan resigned from the navy or Naval Intelligence to be more precise and under what name? But why suddenly would he then become a Muslim by the name of ‘Patel Hussain Mubarak’? Doing a business in Iran, a friendly country, did not need ‘conversion to Islam’. Hundreds and thousands of Indians work in GCC countries without becoming Muslims. And he – the ex-Naval Officer – worked around port of Chahbahar, an epitome of Indo-Iranian joint strategic vision.

Indian media – if it wants – can surely check from his family and friends, if Kulbashan Yadav had become Muslim and adopted a new name? How come he obtained a passport under the name of ‘Patel Hussain Mubarak’? Why would he take extra-ordinary risks of obtaining Iranian visas under this name? When officers are seconded for intelligence work in foreign countries, advanced resignations are secured to meet contingencies, like the one which India faces now. But media inquiries will quickly reveal if in his immediate family and local community he was perceived as the businessman or a Naval Officer posted in Iran?

Indian media can easily find out the details of Kulbashan or Patel Hussain’s business; financial flows, banking details, profits earned, goods imported or exported, LC’s opened, business associates and so on; and most importantly change in life style of his family from that of a naval officer in 2003 to a successful businessman in 2016; and within these details they will find all answers.

Indian government will not admit; no Government affords to admit. Government job is not to admit in situations like these; government’s job is to spin, to plant stories; but Indian media can find the truth for itself – if it so desires.