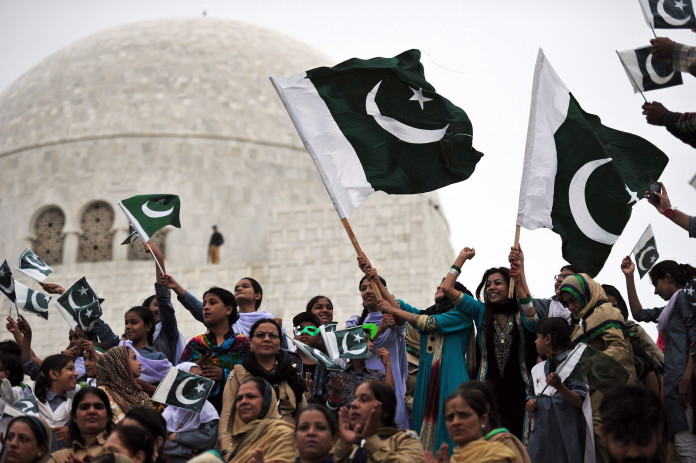 You know I am saddened by this increasing lack of poise and confidence in my Pakistani students,” my friend Bob was telling us. Bob — not his real name — is a US expert on South Asia who has spent almost four decades of his life teaching and interacting with the students and scholars from both India and Pakistan.

And on this after dinner coffee, in our 550 square feet Camden Town apartment, this American academic did the blunder of telling me — and another friend who was then posted in Pakistan High Commission in London — as to how he finds his Indian students increasingly more confident, laid back and self assured in a quiet way in sharp contrast to the Pakistanis who always appear to be struggling with themselves — as if trying to prove a point.

I don’t know how Bob managed to reach his favourite Royal Horse Guards at the Embankment to read his paper next morning in the conference because my friend and I spent the better part of night convincing him, often with forks and spoons in our agitated hands, of our point that it is 9/11 and the persecution Pakistanis face at the hands of the US media, the immigration at JFK and Heathrow and the Zionist lobbies that is responsible for this ‘insecure state of mind’. He kept on arguing: “Yes! Yes! …I agree, but there is something more that defines this Pakistani consciousness…”

Fortunately that something more was on ample display during President Musharraf’s just concluded trip to Europe. One important objective of the trip, according to the president himself, was to correct the impression which Western countries and media have of Pakistan. So confronted with the expected non-sense about democracy and human rights he, in his blunt fashion, told them: “You need to understand Pakistan through the eyes of the Pakistanis.”

Pakistan now has at least three dozen television channels, if not more. Most of them have at least one current affairs talk show. So for the next two days, a few dozen anchors, along with their pet experts and politicians, and armed with flashy plasma screens connected via satellites and video beepers, spent hundreds of hours wondering on the special features Pakistani people have that make them so distinct and unique from rest of the humanity. They were just wasting their cerebral energies.

The president, never comfortable with ambiguity, was all prepared for a practical demonstration. So when at the Royal United Services Institute (RUSI) Ziauddin, the respected bureau chief for Pakistan’s paper of record, The Dawn, asked him about Rashid Rauf, the president had his great opportunity. He blasted Ziauddin for “casting aspersions” and for “undermining his forces and his own country”.

It was a perfectly legitimate question. Rashid Rauf, facing extradition to the UK, had mysteriously disappeared from police custody in Rawalpindi. The president while visiting the UK should have expected a question like that — when even in Davos he was asked more or less the same question. After all one stated objective of his visit was to assure the Western audience and think tank community that Pakistan’s strategic assets are safe. What better way then to prepare for the kind of awkward questions that if handled diligently could have added to the credibility of his government’s claims? Woe on Pakistan’s Foreign Office if this question was not part of his brief. If he had learnt anything from Tony Blair and New Labour’s spin machine then he would have asked to plant such a question. Maybe his government needs to hire Alistair Campbell as a consultant!

Yet Pakistan’s President was standing in Whitehall, few yards away from my friend, Professor Bob’s favourite Royal Horse Guards Hotel, shouting abuses at one of the most senior Pakistani editors; and letting a diverse international community wonder that maybe he has bones in the closet? But then David Blair, the Telegraph’s diplomatic editor, hit the bulls eye when he concluded that Musharraf would not have behaved this way if such a question was asked by a non-Pakistani.

He was right. The same day Musharraf addressed a gathering of Pakistani origin people in a London Hilton and advised them that such Pakistanis as Ziauddin need to be fixed. I wonder if he realised that he was the president of Pakistan, standing on British soil and inciting violence against a lawful resident in the UK. Many Pakistanis in the crowd laughed and cheered. In Mark Medoff’s famous screen play, Children of a Lesser God, most characters were deaf; in London Hilton they had a different problem; they lacked self respect.

And courtesy Internet and YouTube the whole world was able to understand Pakistan through the Pakistani eyes and mouths…I and many colleagues had to listen the audio links again and again to make sure we are not hallucinating.

But amidst all this grotesqueness something interesting also happened. President Musharraf had accused Ziauddin of undermining the army and the country. He forgot something: three or four days ago when he was in Europe, around 100 retired generals of Pakistan army signed a letter asking him to resign. When BBC asked his reaction, he thundered to the world: they are insignificant personalities and most cannot even go to their regiments. But many wondered: hasn’t he just retired from the same army?

Whether he realised or not, the retired generals did a marvellous job in nation-building. Through their resolution, the first of its own kind in Pakistan’s history, they have established a connect with the people; informing them that whereas discipline of the uniform may prevent soldiers to express their opinions, but their real thinking, in national interest, might not be much different from their countrymen.

If our generalissimo had quietly retired to spend some peaceful time with his grandchildren, maybe in Florida, then many Pakistani students in Prof Bob’s class would have a somewhat relaxed self-image! There is no harm in dreaming!