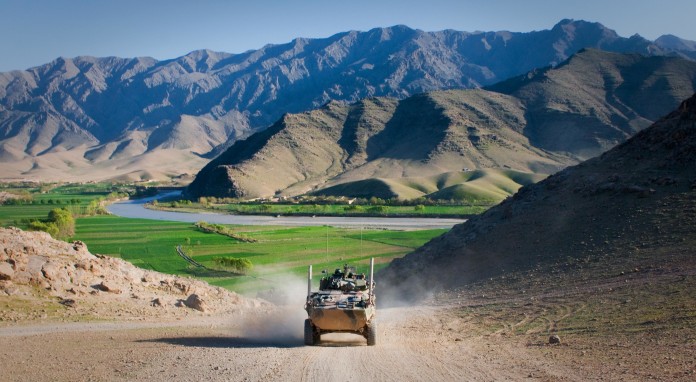 IN 1986, Mikhael Gorbachev declared Afghanistan a “bleeding wound”. More than two decades later it is still festering. Among those who suffer is United States. But let there be no doubt that there are only two principal victims: Afghanistan and Pakistan.

For a start lets remember that with the overthrow of King Zahir Shah in 1973, Afghanistan found itself on a turbulent journey that passed through: political polarisation, civil strife, bloody coups, foreign invasion and occupation and finally a prolonged civil war. The primitive Taleban, so misunderstood and hated by the world, were only the pockmarked face of a society denuded of its modern layers.

And now a process of polarisation threatens increasing populations inside Pakistani territories. It is with these deep seated fears that many in Pakistani media and diplomatic community went on analysing the decisions of the recently held, US sponsored, Pak-Afghan Jirga in Kabul; and it is precisely why the response has been so cautious.

In itself Jirga was a land mark event; despite the boycott by the Taleban and the tribal leaders from Waziristan it was still the grandest collection of Pashtun tribal chiefs since the drawing of “Durand line” in 1893.

From Pakistan’s perspective there were at least two key positive developments: One, the Jirga’s decision, and the US tacit approval, to open a dialogue with all Pashtun factions, including the Taleban and Hizb-e-Islami, is a vindication of the longstanding Pakistani position that options other than war need to be on the table; Second, the decision by this trans-border congregation of tribes to strengthen the Pak-Afghan border tantamount to giving legitimacy to the Durand line.

So far so good! But those, like myself, who are taking a cautious tone in welcoming the positive developments are trying to grapple with two fundamental questions: One, to what extent the US will be willing to accommodate a militant and hitherto anti-American polity into the power sharing arrangements of Kabul to begin with?

Second, will United States be willing and able to set aside the force projection in Afghanistan and shape its regional interests, vis-à-vis Iran and the Shanghai Cooperation Organisation (SCO) through diplomacy that once again may involve some difficult compromises.

Three, given the growing hostility to the US presence in these areas, one wonders: is there any timeline for the US and other coalition forces to ultimately withdraw from this region?

For Pakistanis it becomes crucial never to forget or underestimate the broader contours of the US interests and concerns in Afghanistan. Three of them stand out: the prevention of future terrorist threats for Western democracies; creation of a secure trade and energy corridor extending from resource rich Central Asia to the growing economic engines in the South of India; and countering the growing political influence of SCO.

Americans are already working on the plan commonly referred to as TAP. International Oil Company (IOC), a US entity, recently won the Pakistani contract to build 2,200km pipeline, in a three year project, to bring oil and gas from Turkmenistan via Afghanistan to Pakistan and eventually India. And the Pak-Afghan Jirga, coming just a few days before the SCO summit was also seen as a mechanism to forestall the Chinese and Russians dreams of offering any mediation role inside Afghanistan.

The challenging problem for the Pakistanis is that in their ranks they have an army of: ‘realists’ ‘apologists’ and ‘stooges’ who are far too willing to understand, justify and even own the US interests as the “legitimate interests” of a superpower in the region. The tone and tenor of the recent pronouncements by various officials of the state department and presidential hopefuls like senator Barrack Obama were thus helpful reminders not to forget the basic reality.

General Musharaf, the master of self-preservation, had successfully marketed himself as someone integral to the war against terrorism.

During her recent trip to the US, Ms Bhutto was prompted by a PBS anchor to comment on the consequences of unilateral US actions inside Pakistani territories. She could not even utter one strong word, one coherent sentence condemning such an action. Instead she went on to show understanding of the US rhetoric and condemned the cease-fires and peace treaties Musharaf had earlier signed in Waziristan. There was nothing ingenuous about it: she knew fully well that this is precisely what the American media and think tanks have been saying, about Musharaf’s peace treaties, for the past several months. Ironically she showed her vacuous vision for the region at a time when the US had already invited Taleban to the Pak-Afghan Jirga.

Where does it take us?

And the answer is it defines the Pakistan’s current and future predicament: we then have, in the form of General Musharaf and Ms Bhutto, two rival and competing sets of interests both equally willing and falling over each other to oblige Washington.

Given the political expediencies and the impotency of the power centres in Pakistan, it remains a challenge for the media and the civil society to zoom in the message: that the continuing military approach is eroding the centuries old syncretic social order; and that if it slips then the artifacts of executive, legislature and judiciary will become meaningless. If we have learnt anything from the 30 year old war in Afghanistan then this is it.