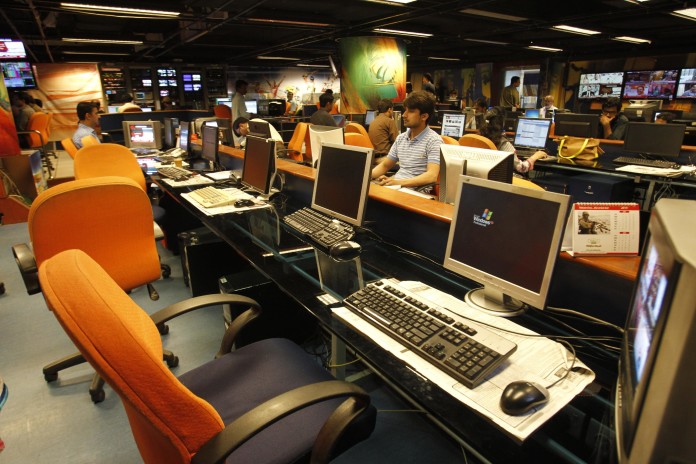 A leading politician in Punjab, a PML-N hard hitter, recently confided in me: “TV has changed my politics; I don’t have to spend as much time in the constituency, my voters love me for this national persona TV has given me and many of us”.

Others — mostly in the ruling PPP — have often complained that this 24/7 TV has presented a very unjust and flawed picture of them, their party and politics. Neither of these statements has any shock value, if anything they come close to the received wisdom of media’s large role in Pakistani politics and how it may decide the fate of politicians and political parties in the coming elections.

However, a closer examination of the dynamics and emerging trends of Pakistani media — for instance, political alignments, advertisement relations, regional concentrations and its ability or inability to traverse patterns of regional and ethnic prejudices may show that the interaction of media with politics is not all that simple. Three factors must be kept in mind.

One, Pakistani national Urdu TV that is often referred to as “media” in common parlance has most of its narrative shaping influence in central and north Punjab and parts of Khyber-Pakhtunkhwa. In the U.S., we often hear of a bible belt; today, there exists a “TV belt” in Pakistan that stretches from Lahore and Faisalabad in the east to Attock in the west.

In this media belt corruption, war against terrorism, American highhandedness, gas and electricity shortages have all emerged as defining themes and PPP and its allies have therefore, remained at the receiving end.

In comparison, PML-N, Supreme Court and PTI have fared much better in public consciousness. But this national media that speaks in Urdu has limited penetration in interior Sindh, Seraiki belt in Punjab, Balochistan and peripheral parts of Khyber-Pakhtunkhwa where the old narratives of persecution by the outsiders and a strong centre run strong.

Karachi which is the biggest market for Urdu media has its own way of looking at national politics — for instance, the over-riding favourable view of Nawaz Sharif in national media fails to reduce the suspicions in which most Karachites still hold him. These entrenched internal narratives in various parts of Pakistan will play an important part in the coming elections and will reject all kinds of media communications from the outside.

Second, almost all political parties in power either in the centre or the provinces have, in the past few months, invested heavily into buying the goodwill of media managers and key opinion makers. These strategic investments either through generous advertisement schemes or direct personal favours have created strong alignments inside the media, which are already visible. There is no single over-riding definition or opinion of ‘public interest’ anymore, and these various rival influences will fall over each other to sing their “master’s voices” before and during the elections — often dissipating each other’s effect. So there will be lot of acidity and noise in the media but no clear direction to impact on the fate of political parties.

Third, in the last several months, Pakistani TV media has gradually lost its position to the Internet. All major news eruptions or scandals — be it related to Dr. Arsalan Iftikhar and Supreme Court or Malik Riaz and TV anchors — that have shocked the public have first appeared on the Internet. TV viewers have expanded exponentially in the last one decade but a much bigger growth has taken place in the ranks of those who make their minds through Internet.