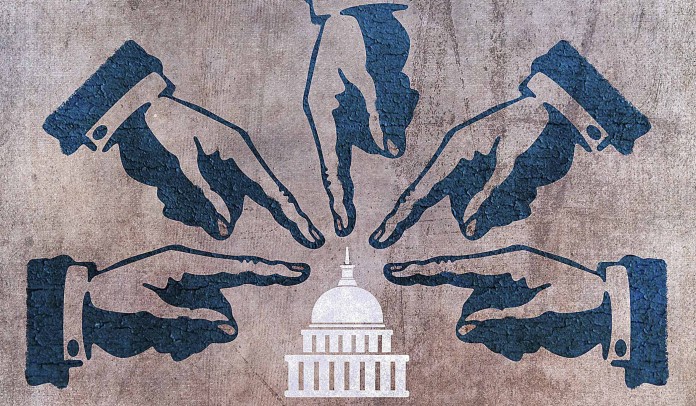 US Ambassador to Pakistan, Ms. Anne Patterson, was distributing awards in a ceremony organised by Roots College International in Islamabad when a former student, Sarmad Khurram, now at Harvard, refused accepting his award. He was protesting against the unprovoked US air strike inside Pakistan’s tribal areas. This must have been a rare “Rosa Parks” moment in Ambassador Patterson’s period in rather obedient Pakistan.

Young students were protesting against last week’s US air attacks on Pakistani territory in which 11 Pak soldiers including a senior officer died. Though Ms. Patterson, a seasoned career diplomat, told the protesting students what every diplomat will that America deeply regretted the incident there was little evidence, on the ground, to support that.

I would like to believe too that the attack on the Pakistani post could have been a pure tragic mistake. But in most Pakistani minds, this is a message, a stern warning, from the US to Pakistan, its people, the new democratic government and key institutions to keep them on the track in what is commonly referred to as the war on terrorism.

This perception has been strengthened by the kind of attitude with which this incident and the loss of Pakistani lives was treated. First the Americans defended it on technical grounds, then a video was released to confirm the US version. But soon Pentagon realised that the video did not back its claim. Finally to shelf the matter, a joint enquiry has been ordered.

When immediately after 9/11, Hamid Karzai first appeared on the international scene as a hybrid of history and modernity with that beautiful mix of his traditional Afghan shawl and American accent, British author Tariq Ali, while speaking as a guest of late Edward Said, at Columbia University, New York, had predicted that he will soon end up in Milan fashion show.

Last week Karzai, following up on the air strike was issuing threats of attacking his nuclear-armed neighbour. Now it is hardly a secret that when Karzai speaks, the world listens because it knows that whereas video is coming from Kabul, the audio is being played by Washington. So there was hardly any need for the US President to support Karzai’s assertions while standing next to Gordon Brown in London. So much for Ms. Patterson’s regrets. Sometimes I really feel sorry for highly educated career diplomats — especially when you have to serve a dyslexic president.

But before I conjecture as to why the US diplomacy is fast exhibiting symptoms of desperation, look at this irony!

Gen. Dan McNeil, the outgoing NATO Commander did a Pentagon news conference soon after this tragedy. He was summing up the challenge in Afghanistan but among other things he narrated how he was “forever scarred” by what he described as the assassination of Maj. Larry J Bauguess and the killing of another soldier by Pakistan’s frontier constabulary in 2007 and 2002 respectively. He was right; lives are scarred when such tragic accidents happen.

However, what most on the US side fail to realise that hundreds and thousands of lives have also been scarred on the Pakistani side and while those who perished might merely be numbers for the Americans, for their families and communities they were fully human like Maj. Larry Baughuess. And such repeat losses do translate into political problems for Pakistan — despite all the insensitivity or helplessness of its ruling elite.

So what has changed? True, there is a new government in Islamabad and Nawaz Sharif’s PMLN that supports the government from the outside is trying to get rid of President Musharraf and that might be far too quick or upsetting in the US calculus.

It is also true that the new government has tried offering peace deals to the militants in FATA and Swat that looks like a risky initiative to the US. But I suspect these are toppings on the ice cream; in reality there is a paradigm shift taking place inside Washington, and that relates to withdrawing from the wrong war, that is, Iraq and focusing on the ‘right’ war in Afghanistan — as Barack Obama has been shouting all along during his campaign.

The very fact that the outgoing Republican administration of George Bush seems to be embracing this idea testifies to the increasing political space gained by the Democrats forcing Republicans to make adjustments. Last week, President Bush while he was still in Europe warned the British PM against setting any timetable for troops with-drawl from Afghanistan and then during their joint press conference in London he managed to extract promises of even more British troops.

If Britain can be cajoled against the better judgment of its government, think tanks and the media then Pakistan’s fate is to be pushed and kicked into giving in more on the issue of Afghanistan — even if it violates its own deeply held understanding of the ground realities. Sadly, it still only promises a longer conflict in the region, without any hope of a sustainable resolution. Afghanistan may be the right war, but many wonder if it is being fought for the right ends and by right means?

This was precisely the question raised simultaneously by two Brits: Editor Philip Stephen and Professor Anatoly Lieven of the Kings College London. Writing in Financial Times, on the eve of the Donors Conference for Afghanistan in Paris, both wondered: What will constitute victory for the West in Afghanistan?

Lieven was amazed at the contrast between the western governments’ public stance of “defeat in Afghanistan unthinkable” and private admissions of “defeat inevitable” and advised to come up with a narrowly defined victory objectives like the killing of OBL.

Lieven observes that any sustained peace in Afghanistan will be impossible unless its immediate neighbours do not have a stake in it. And here you come across a troubling question: Has US ever seriously pondered what is at stake for Pakistan in Afghanistan?

Without asking some of the fundamental questions, I am afraid a new US administration will waste another five years, chasing ghosts of imagined and real enemies across the mountains of Afghanistan in search of a Pyrrhic victory for the whole western alliance.