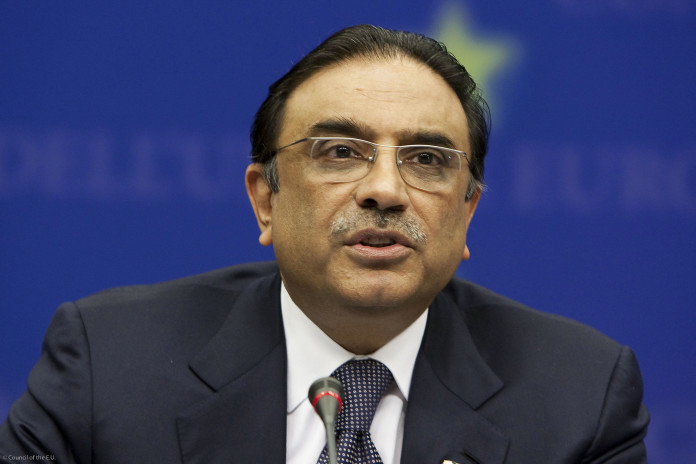 Asif Ali Zardari, the widower of Benazir Bhutto, is now the President of Pakistan. We must congratulate him for it is time to admit that his intelligence, patience and political skills have yielded results. And there is no harm admitting his supporters and associates have manoeuvred well; especially the Ambassador to Washington, Hussain Haqqani, whose understanding and insights of Washington and its media not only smoothed the way for the exit of President Musharraf but created the right atmosphere for the acceptance of Asif Ali Zardari as the President of Pakistan.

However, this is also the moment to draw certain conclusions about the kind of democracy Pakistan has entered into.

The indirect election of Zardari, by an overwhelming majority of the parliamentarians in Islamabad, whereby legitimate under the rules of the political game, had one major flaw: it was perhaps the biggest demonstration of disconnect between public opinion across Pakistan and the political decision making by elected representatives in Islamabad.

Could Zardari ever be elected in a popular vote? Many, including the author Tariq Ali, in his latest piece in The Guardian, have quoted a 14 per cent approval rating for Zardari from an earlier survey conducted by the New America Foundation. All these columnists, while using these statistics as a measure of the unpopularity of Zardari, have erred because this survey done in May/June of 2008 merely showed his general unpopularity as a politician and by no means even remotely reflected the wider unacceptability of the idea of his becoming the President of Pakistan.

I must confess after he announced his desire to become the President, I did come across one person, a visiting banker from London, who argued, while sipping cappuccino in Costa Coffee in Karachi, that there is no harm in Zardari becoming the President since all others, in reality, are no different and it is just that he is the victim of a much better organised vilification. But that’s it, despite searching and asking more than a hundred common people I could not come across a second supporter. I am of course referring to people who are not direct beneficiaries of Zardari becoming the President.

There could be myriad reasons for that. But this piece is not about why people disapproved, it is about the nature of democracy Pakistan is experiencing. We all know that apart from winning in the national parliament elected representative in three of the four provinces supported Zardari’s candidature. And I live in this country and I know for sure that they knew for sure how unpopular this idea is across the streets of Pakistan. We know elected governments have to make unpopular decisions, usually in the realm of economic policy. But still one wonders what kind of compulsions these public representatives had and what it tells us about the nature of decision-making in Pakistan’s new and much celebrated democracy?

First question that comes to the mind is: how is it different from the self-election of Musharraf? I am sure PPP apologists, and certain interests in media, will readily point out that the elections of 2002 suffered from questions of fairness and legitimacy, were influenced by military agencies and in 2007 Musharraf was elected from a parliament that had outlived its utility. True! But then the whole dynamics of 2008 elections and whatever happened since then had also been channelised through the National Reconciliation Ordinance (NRO), meticulously mid-wifed by the Bush administration just like all stages in the exit of Musharraf.

You dig a little deeper and it becomes even more interesting. If Musharraf terrorised his parliament and Muslim League into submission through the visible and invisible hands of army and the agencies then Zardari is controlling Pakistan Peoples Party and thus the country through the fear of ‘ghosts’. Issues of legitimacy, in party meetings, are settled by repeated references to the spirit of Benazir Bhutto who is watching everything and now by the presence of her children, Bilawal, Bakhtawar and Asifa around him.

If Pakistani democracy’s domestic balance is being kept with the help of ghosts then from the outside it is propped up by Washington. The joint Press conference which Zardari did in Islamabad, with Afghan President Hamid Karzai as his consort, right after his inauguration ceremony was to send a clear signal that he is all out to follow the US script. So what has changed from Musharraf era?

Two things: One, Musharraf, with firm control on the military, was not that pliant and Washington needed a facade of democracy not for steaming out the frustrations in Pakistan as it is so artfully claimed but to ease the western conscience in New York and London.

In television parlance, we have a term: virtual set. The studio has nothing except blue walls, the table and of course the cameras; but due to computer-generated graphics viewers see a whole decorated set. Washington has also perfected the art of putting up virtual democracy sets and the cameras are taking the visuals back home to New York, Washington and London for the likes of Senator Joe Biden, the readerships of New York Times, The Guardian and so on.

Of course this façade of democracy is not for the sake of Pakistanis. They do not matter. But this façade, this virtual set of democracy, is nevertheless very important inside the temples of western consciousness where it helps reaffirm the belief that: “We in the West believe in certain universal values which we uphold even while securing foreign policy interests.”

When the Nobel laureate, Amartya Sen, had argued that authoritarian China suffered from famines but democratic India did not he was referring to the democracy’s ability to react and respond to its local needs. The problem with the virtual democracy set Washington has put up in Pakistan is that it is far too pliant to be real and has no ability to deliver for Pakistan, for the region and for the United States or for the West in the larger term.

What should Pakistani media and civil society do? We need to take this battle where it belongs: inside the western consciousness. In their narcissist minds, we, our aspirations or lives do not matter; what matters is their own feel-good narrative of how the West has worked to restore democracy in Pakistan; a democracy that is willing to fight their war against terrorism. We have to poke holes in these self-serving theories to expose the reality of this sham of virtual democracy being controlled by ghosts and the Washington. But before we can do that, we need to open our eyes and understand what is happening.