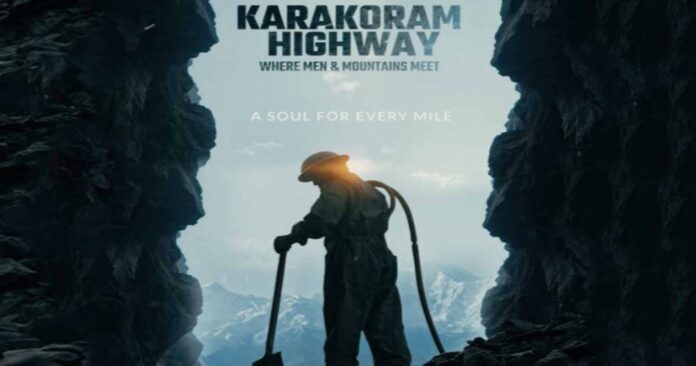 Pakistani media has not been able to create a name in documentary making, but this meticulously researched work – inspired and supported by FWO – was clearly an exception. Before the end of first week, more than a million had watched it, world-wide, on ISPR’s YouTube alone.

“Where Men and Mountains Meet” was clearly a passionate teamwork spread over several months between FWO, ISPR and a little known “Delirium Productions”. Producers had carefully selected several retired Army Engineers as narrators who were part of the original team as young officers – mostly as Captains – that had kick started the work on KKH in 1960’s and took it to completion in 1966 when Frontier Works Organization (FWO) was formally born on 31st Oct, 1966.

Michael Moore, world renowned documentarian and author, famous for blue planet’s highest grossing documentary Farenheit 9/11, had once written that first rule for making a great documentary is that “don’t make a documentary, make a film”. Makers of “Where Men and Mountains Meet” have imbibed the concept well.

So, their documentary sparks sudden elements of shock, surprise and intrigue amongst the viewers when it starts abruptly by brief comments from the narrators, one after the other, without identifying them without letting the viewers know who they are listening to.

Into the third minute of the documentary one hears voice of current DG FWO, Gen. Kamal Azfar, who speaks for little over a minute, in simple but crisp Urdu, setting the agenda when he explains that this “documentary film” has been made to remind the current generation of Pakistanis the challenges and sacrifices given by those who had worked on this ambitious project more than fifty years ago. Note that even DG FWO uses the term, “film” in his brief one minute introduction.

Documentary then faithfully follows its stated ambition. Several narrators emerge and introduce themselves during the 46-minute-long work of digital imagery. Producers had done their homework well; they kept on showing us not only the old footage, but they also brought up the old pictures of the narrators when they were young officers in their twenties. 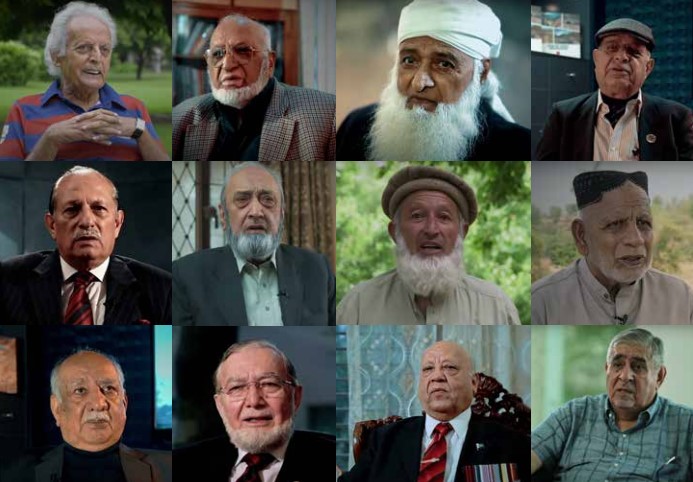 One of the most interesting – and perhaps disturbing for his account – is Gen. (retd) Javaid Nasir who remembers how he was suddenly parachuted along with 150 men of 101 Engineering Battalion on Pak-China border in June of 1966 on a mission impossible around Khunjerab Pass that straddles above 16,00 feet. Little was known about the area, its geography, its people and men had no time to acclimatize.

Before they could build anything, their mission was to survive two dangerous enemies: cold and height. He and other narrators remember the cold bitten hands, amputations, and deaths by landslides – and how it was difficult to walk and breathe. But all that was accepted by the young officers and their men infused with a spirit to serve their nation.

While different narrators, speaking in turns, add depth to each account, but they also bring their unique perspectives that broaden our understanding of the nature of challenges being faced. So, while we continuously hear of the courage, sacrifice, and determination.

Brig. Mohammad Arbi Khan, of 104 Engineering Battalion, adds a totally new dimension when he describes the creation of first suspension bridge on River Hunza for heavy vehicles. He talks of intricate mathematical calculations and explains that when you are putting up a bridge of 400 feet plus then the margin of error is not more than two inches.

Listening to him reminded this writer of the days in Mangla Cantt when I was struggling with high school Physics– the most challenging subject I have ever read in my entire life. We soon hear another narrator, who describes how at one point even the US help was sought for strengthening the Challas Airport that was subsequently used by PIA to bring heavy equipment through special flights.

Documentary acknowledges, through credits, its several narrators towards the end; each one had a distinct voice and a tale to tell, but they are far too many to be individually identified with their comments here. Yet there are few that stand out for the information they add and the sense of belief they bring into this story of courage, dedication and achievement. 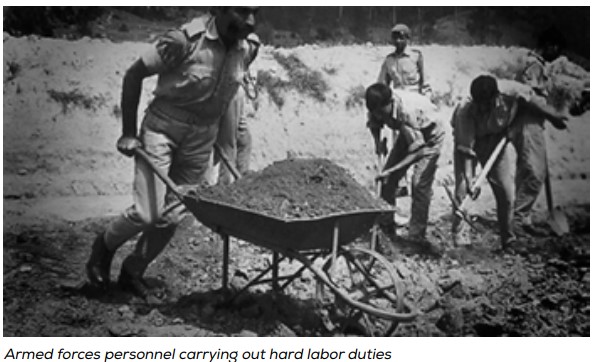 These are Brig. Mohammad Mumtaz Khalid of 36 PMA who also happens to be the author of the History of Karakoram Highway; Col. Sajid Baseer Sheikh of 108 Engineering Battalion who was the first officiating captain to command between 1969 and 1971 and Maj. Gen Sabih Uddin Bokhari of 173 Engineering Battalion. Speaking in rapid turns within the first 20 minutes of this documentary they set the tone for a narrative of courage and indefatigable spirit against unusual odds.

And it is from them that we hear that KKH is the highest paved road in the world and that during the 1965 war when the US suddenly stopped military supplies to Pakistan, China started supplying some military hardware and all of that used to come via air flights. When Gen. Bahadur Sheikh headed a delegation to China after the 1965 war, he met Premier Zhou En Lai who told him that, “we should have a road between our two countries”

One odd exception among the narrators – who are mostly all army engineers is country’s prominent writer, Mustanzir Hussain Tarrar. He reminds us that when message of premier Zhou En Lai was received and understood by President Ayub Khan and the project of KKH was being conceived international planners, engineers and architects of all sorts were also invited.

One German expert on realizing the scope of ambition – through Khunjerab Pass had cynically said, “let the Pakistanis do it”. He believed that the whole idea was stupid and unworkable. But when his pessimistic comments were conveyed to President Ayub Khan he ordered immediate start of work.

There was no PC-1, no formal sanctions or allocations. Army was simply told to go ahead and find ways and means to conceive, plan and develop the highway. It started with Corps of Army Engineers who were already working on Indus Valley Road (IVR) and soon led to the birth of Frontier Works Organization (FWO).

Documentary informs us that work was assigned to Group 491 and Group 492 of FWO. Group 492 was to construct KKH from Besham to Gilgit and Group 491 was to work on the road from Gilgit to Khunjerab. We do hear from Mej. Gen (retd) Muhammad Afsar of the erstwhile Group 492 and Col. Tanvir Ahmed of Group 491. We get to understand that the initial work on the 14 feet wide pilot road was started without any heavy equipment; it was human hands armed with old fashioned spades and shovels – men with a spirit. 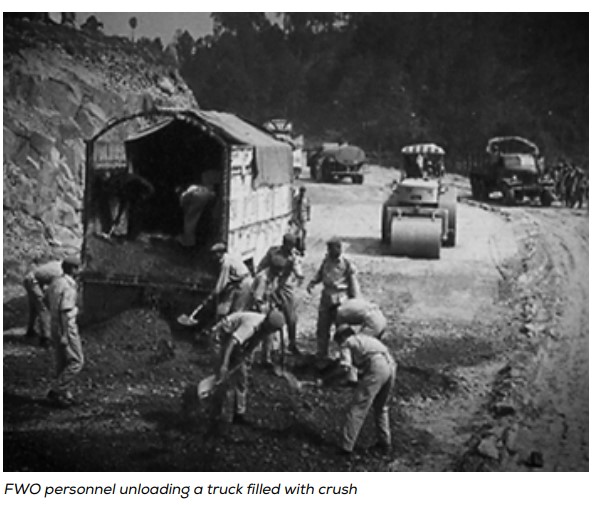 This is what was summed up by the Pakistan’s philosopher writer, Mustanzir Hussain Tarrar, at one point, in the 41st minute of this documentary when he argues that “KKH represents the spirit of Pakistanis; it shows what we can achieve – if we want to”. The added emphasis on “when we want to” leaves viewer with lots of difficult questions in his head.

The documentary film has been made by Delirium Productions in association with the Frontier Works Organisation and has been marketed by ISPR through its social media outreach. ISPR in recent years has emerged as a powerful national media platform with almost five million followers on its Official YouTube Channel. 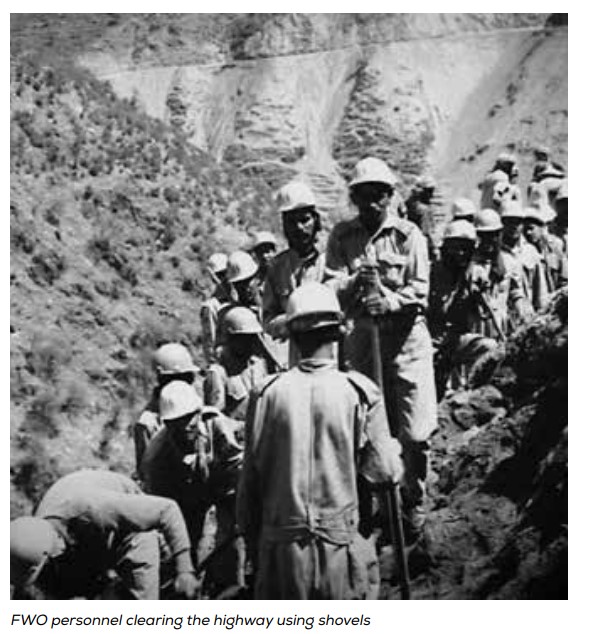 While ISPR has some good inhouse facilities too but mostly it acts a catalyst and mentor that supports ideas of national interest and importance. But this work would not have been possible without FWO’s strong support and inspiration. Leaving everything aside the element of meticulous research amazes you. On 31st October 2021, FWO had celebrated its 55th anniversary.

The documentary appears to be part of this national strategic organization’s 55th birthday and its broadcast on 1st Jan, 2022 may represent delays in production. But looking at the kind of meticulous research and production work that has gone into it one can understand the delays.

And Pakistanis not used to such a well-developed narrative on their own history are demanding that there should be an English version of this documentary film for the wider world. This publication also expects that a version of “Where Men and Mountains Meet” in either English dubbing, in Pakistani voices, or at least sub-titles is much needed.