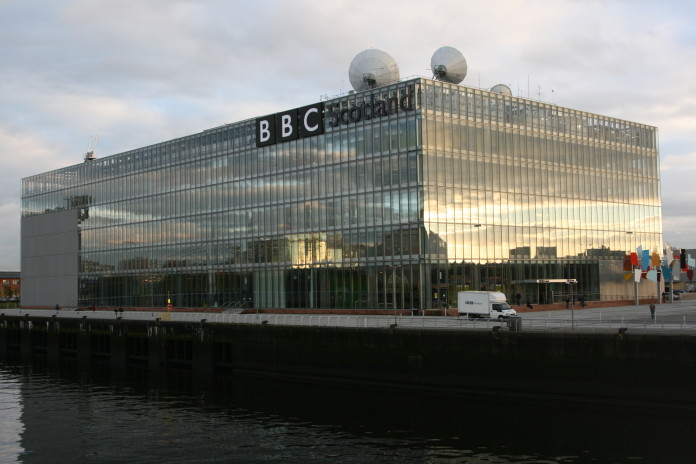 Why Auntie BBC should not run its London Agenda here? – Now since I have provided you the details of why BBC was considered an overbearing Auntie with her strict values and indoctrination in the UK of 1960’s I can explain a bit what is wrong with BBC’s (and other Intel Media’s) approach towards political situation in Pakistan.

BBC inside UK can be, especially in the past, blamed for social, upper middle classes biases for instance reflected in the Queen’s Accent and similar issues, but it is by its constitution equipoised between rival political forces. It will not, and cannot plead govt’s agenda against its opposition. It has been created, groomed and developed in a fashion to serve the best interests of British society and the state; and in last two decades it has successfully tried changing its “hideously white” image by incorporating minority Asian and Black voices. It is directly funded by License Fee and unlike PTV British govt cannot micromanage its internal funding, placements, programming, news agenda, preferences and priorities. When Blair govt was very upset on BBC’s Anti-Iraq war agenda it punished BBC by decapitation at the top (Andrew Gilligan Affair) by replacing its Director General and so on. However BBC World is a different story.

BBC World for greater part of its existence has been funded by British Foreign & Commonwealth Office (and keeps on suffering from Funding crises) and as such is and remains the propaganda arm of British Foreign Office and attempts shaping a global atmosphere conducive to British political interests – whatever may be the priority at any particular moment; be it a situation in Iran, Middle East or Pakistan. So for the world, BBC World Service is a British Auntie shaping a British Agenda upon its naïve viewers, listeners and readers. Most people in Pakistan, due to psychological hold of our colonial experiences, identify everything related to a “Gora” as something honest, of integrity and so on. Most of those impressions were carefully cultivated in the first instance, as part of the imperial policy, and whatever their reality may have been, these don’t apply upon BBC World Service which remains a propaganda arm of the British State and its foreign policy.

BBC World is a superb high quality, sophisticated media platform, it has high standards of information collecting, research and presentation and dedicated teams that work to achieve that across the world; but despite all this if anyone tries to tell you that BBC World Service is fair, impartial and objective and is not “spinning with a slant” when it comes to political situations in Iran, Middle East, Iraq, Egypt and Pakistan then either he is a “goof” himself or is trying to “goof” you. You need to be very clear that BBC Worlds’ objective is not to serve Pakistani national interests but to serve British Foreign Policy. There is nothing wrong in it; all International Networks (CNN, Al Jazeera, EURO News etc) have to shape an opinion to serve the “consensus of powers” inside the “state of origin” And BBC World does it very nicely.

So in the present political crisis in Pakistan, while BBC World has taken a particular position aligning itself with Pakistan’s current government and totally ignoring the middle class political sentiment, and its honest yearning for reform or the brute elite control in the name of democracy then its only serving its agenda. This is doubly unfortunate because British society and politics, and deeply held values in its domestic affairs will not support what is being done in Pakistan in the name of democracy. Britain has passed through several upheavals in its rich political history and not all issues were resolved inside parliament. But BBC World is not serving British values in its commentaries on Pakistan; it is serving British Foreign Policy. Once you clear about this then you can make sense of all what they have been saying or writing in the last few weeks.