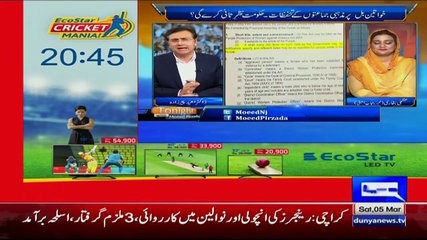 Dr Moeed Pirzada in this program segment critically discussed the Punjab Government Women Protection Bill with Uzma Bukhari who moved this bill in Punjab Assembly. This bill was passed on March 1, 2016. While raising different questions related to this bill, Many Political and Religious parties showed their dismay over clauses in this bill will eventually lead to the break-up of society. The Protection of Women Against Violence Bill became a law in Punjab after it was signed by Governor Malik Rafiq Rajwana on Monday. The law declares physical violence, abusive language, stalking, cyber crimes, sexual violence, psychological and emotional abuse against women a crime in Punjab.The bill, passed by the Punjab Assembly, features redress for female victims of violence, criminalises all forms of violence against women and provides them with special centres which remove the bureaucratic hurdles that complicate a woman’s access to justice.