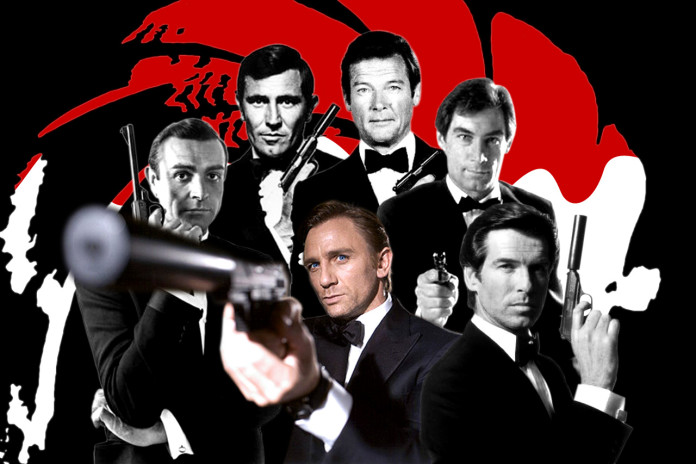 Specter, Latest James Bond Movie & why it’s so amazing? Bond movies have always been a barometer of global political agenda, of evolving thought, of how London & Washington are looking at the developing issues and who are the friends and who are the foes.

So in seventies Japanese could be seen as dangerous but by and large till the collapse of Soviet Union and end of Cold War Russians were the villains, directly or indirectly. End of Cold War gave way to spectre of rogue Russian generals. And then briefly Muslim fundamentalists figure as enemies then bowing out to Chinese who too have figured as “enemies” But the larger than life “Bond” saving free world from a disaster faded away with the collapse of Russian threat.

“Spectre” gives you very interesting insights into this changing mind set. How fears of terrorism and other threats can give more and more power to Intelligence Agencies; it shows a point where this rogue head of Joint Intelligence in UK is putting a case for all friendly agencies to join together against common threats; remember the scene where a tape is played that shows how Joint Intelligence head is listening to what MI6 is doing. And how “M” keeps reminding “C” that this is a nightmare bigger than George Orwell could imagine.

(My favourite writer; ahead of his times like Jinnah) This movie didn’t have those traditional fireworks, those sustained scenes of continuing destruction of large structures and arrival of good guys in large numbers to defeat bad guys and I am sure some of the best juicy scenes of Craig’s fondness & warmth for ‘her’ were only watched repeatedly by Pakistani censor to make sure that they have completely absorbed them (so I will watch it again in Bangkok or Istanbul or on DVD) Intelligence Community’s growing immense power upon our lives, since 9/11 and its “sense of legitimacy” and how it is being exploited to secure the hold of power elite is now a big threat to what was once actually defined as democracy.

Look around us and see how even civilian elected governments are using Intelligence Agencies to strengthen themselves, to harass their critics, to threaten them into silence, how every private conversation, tweet, family discussion or affairs or troubles (of media persons and opposition politicians etc) are being recorded, at tax payers cost, to blackmail them as and when needed. All Middle East is like a large concentration camp with stranglehold of ruling elite and many amongst our leaders fancy that kind of power. Ask me how my emails, phones, text messages and this page is monitored and transcripts made as and when needed. This is called “Surveillance state”.

June issue of Foreign Policy was on “Golden Age of Surveillance” and all of you get to read a lot what Wikileaks and Snowden reveal. Remember how Julian Assange was turned from a public hero of western consciousness into a pariah forced to hide inside a building. To many of you this is remote, but not to me; I am a victim of it and I see it very clearly. This is upfront and close. So I have listened to every sentence in “Spectre” very carefully. As I reached home and switched to CNN, I heard that U.S. Intelligence is now 99.99% sure that Russian plane over Sinai crashed due to a bomb blast onboard. Off course everyone suspects this is ISIS. Then I heard Ahmet Davotoglu, Turkish PM, telling Christian Amanpur that this is not against Russia; its against all of us. He is right but what is his solution? All intelligence agencies have to join hands.

So “Spectre” brings a reality that is upfront and close.