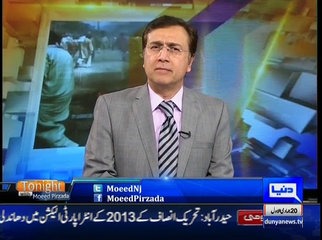 Dr Moeed Pirzada in this program segment gave interesting analysis on Washington Post’s Front page Editorial in which it praised as how a Pakistani Doctor Hassan Asif is transforming Psychological issues with New Cutting Edge Technology. While talking to Dr. Hassan Asif he said that Scientists have long known that the most forward part of the brain is the seat of higher cognition. But only in recent years have they been able to link certain mental disorders with specific brain circuits, the connections between neurons that are responsible for every one of our thoughts, emotions and actions. Dr Hassan Asif’s tools enable him to more precisely diagnose his patients’ problems and, ultimately, to treat them. Neuroscience’s inroads have emboldened a small but growing number of clinicians and researchers to reject diagnostic protocols on which mental health practitioners have relied for years — the cataloguing of symptoms such as sadness, fatigue, loss of appetite — and instead focus on finding biological clues associated with these symptoms in a blood test, a brain image or a saliva sample.