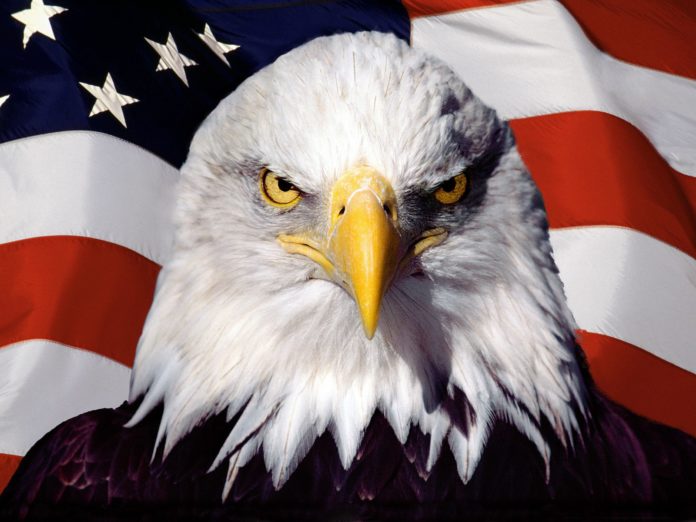 A question was asked in US State Dept briefing that given accusations of corruption and demands by Pakistani Political parties that PM Nawaz Sharif resign, what will US do? Will it continue to support the democratically elected Prime Minister or will it ask him to go home? Before I analyze what the response of ‘State Dept’ means for the beleaguered PM Nawaz Sharif, I want everyone to read the comment himself or herself. So I provide the link and actual text below.

QUESTION: Sir, the political parties in Pakistan have launched a campaign against Prime Minister Sharif to resign after the accusations of corruption in Panama Papers. The question is that will United States support the democratic elected prime minister of Pakistan, or you want to see the corrupt leaders go home?

Analysis: What does these comments mean?

I briefly commented on this in my today’s program at 8pm. But this is a very awkward moment for PM Nawaz Sharif, his family, PMLN and all his supporters and of great importance to his detractors, students of Pakistani history and democracy and all need to understand this.

US government is saying that the decision to send ‘PM Nawaz Sharif’ home lies with the people of Pakistan. This is the only position they can have at this stage since no crowds are out on streets in Islamabad or Lahore or Karachi or other cities – not at this moment. And so far the Pakistani political parties are all trying to preserve the status quo with the exception of Imran Khan’s PTI and Jammat-e-Islami.

However the comment that follows holds the key and settles Nawaz Sharif’s future. This is the part, Pakistani politicians, businessmen, bureaucracies and media have not absorbed, not grasped so far. But they will soon, within the next 24-48 hours. US government is saying that its position is crystal clear on issues of “corruption of key public officials”. Keep in mind that ‘Panama Leaks’ on Pakistan are not about the corruption of a property developer, a film star or arms dealer. These allegations are directly related to the Prime Minister and his family – a family that has remained in political control of Pakistan, or most of it, for the greater part since 1981. US government considers such ‘public place and political corruption’ a threat to economic stability, a cause of extremism, a corrosive effect for the whole social order and of concern to the whole world. Additionally US government considers it a threat to human rights, as it has made clear in its recent report. Secretary of State, John Kerry has also made himself clear on this issue.

Now this position is in sharp contrast, a total reversal of the previous international stand point. Two years ago, in mid 2014, when Imran Khan and Qadri launched their campaign against Nawaz Sharif, almost all western governments, key institutions and mainstream media – like New York Times, Washington Post, Guardian, BBC etc – supported Nawaz Sharif. Then, west saw Imran Khan and Qadri acting as ‘shock troopers’ for Pakistani military. US, UK and EU feared – though it was misplaced – that Pakistani military was trying to disperse an elected Prime Minister by creating chaos. I am one of the few journalists in Islamabad who have enjoyed highest possible and quality access – though strictly Off the record under the diplomatic conventions- to the diplomatic missions in Islamabad for the past several years and I know that to the last man, diplomats were convinced that Imran Khan and Qadri were ‘chaos mongers’  and were acting on ‘instigation of military’ and the only purpose is to bring down an elected government. While this was an exaggerated panic view, nothing like that was happening or could have happened, but there were links between sections of the security establishment and men close to Dr. Qadri. Imran Khan kept on talking in multiple and contradictory tones, setting new goal posts – like his single point demand of PM’s Resignation – and losing his actual plot of ‘Electoral Accountability’ and ‘Electoral Reform’. And PMLN was successful in planting ‘different sets of disinformation’ in ‘different audiences’. So to international community PMLN conveyed that the ‘crowds on Pakistani streets’ represented military and for ‘PMLN support base’ Imran Khan and Qadri were represented an American/Jewish conspiracy against ‘China Pakistan Economic Corridor’ (CPEC) and Imran Khan wanted to fail the visit of Chinese President. (PMLN is still trying to do, something similar, but won’t succeed this time around)

Now the international position has reversed. And there are very good and solid reasons for that. Panama Files is an international scandal; it has a full bloodied narrative around it; its target is not Pakistan but the whole world has been jolted by it. Its dynamics are beyond anyone or any institution in Pakistan. Just today, Spain’s Minister of Industry, Jose Manuel Soria has been forced to resign. These revelations would not have been much of a scandal 20 years ago. But world has changed; events since 9/11, have gradually transformed the key global institutions and political thinking. With ever greater integration because of increasing technology, need for international regulation is much more strongly felt than it was 20 years ago. Today mega-corruption is considered responsible for societal meltdown, for fomenting extremism and is a threat to human rights. This is precisely what Sate Department is saying.

And State Dept is signaling that Nawaz Sharif can not get any support from Washington. This means, no support from London, no support from EU and this means no friendly articles in New York Times, Washington Post and Guardian. And this means, no chances of demonizing his enemies – the way PMLN was able to to in 2014. Had Sharif family any hopes of finding relief from ‘truth’ they could have sued Guardian and ICIJ in London. That could have really helped. But they are only trying to fight it inside Pakistan by using the old tactics: Judicial Commission under some ‘old loyalist’; Deal with Zardari; Nothing has been proved in courts; Army is conspiring against the democracy; Imran Khan is a Jewish agent, Corruption in SKMC and demonstration against Jemima Khan in London etc etc. Vitriol against Aitzaz Ahsan is the latest part of this directionless anger – and it will soon turn into ‘frustration of impotence and helplessness’. PMLN’s winter has set in. I sat through and watched PMLN leaders speak in several tv programs and I could only sympathize with them; they have nothing to say.

The next few days are important. Much documentary evidence is now available to Pakistani media, producers and Anchors of TV programs, newspaper editors and all anyone, any media organization has to do is to collect all of these pieces of evidence: court judgements in London, FIA Report of 1993-96; interviews of Hassan Nawaz on BBC in Nov 1999, and Hussain Nawaz with Javaid Ch in 2016, and series of articles published in Pakistani and international media since 1998 and you don’t even need a ‘Commission’. All educated people will be able to read and make judgements for themselves. This is what happens in educated societies. You don’t need ‘Commissions’ to  prove what stands in front of you like an ‘open and visible reality’. And ‘Commissions’ in South Asia have always been set up to postpone, to get rid of difficult moments, to bury things and realities and crimes. Did I recently tweeted that “Imran Khan is capable of shooting himself in the foot”. Imran may pose the biggest challenge to PMLN’s family run empire, but he often provides them their ‘best rescue’ as well.

Supreme court is right; its not judiciary’s job to investigate; Imran Khan is wrong; it is the job of Govt and Executive. But Imran Khan knows: what we all know; that Pakistan does not have any institution, any government agency that can investigate a sitting Prime Minister. What do we have: FIA? IB? Police? Give me a break. Oh! let me first throw up! It is now a political battle; this will be fought in public arena. It is up to ‘aware citizenry’ to shape it, to take it forward and to check all those ‘prostitutes’ in media and public space that are ready to receive ‘truck loads of cash’. Their job will be to create ‘false options’. They will cry: CIA Conspiracy, CPEC in danger, corrupt Aitzaz the loser, and that ‘International Audit Firms’ are Jewish and against Islam. You will hear all this nonsense adnauseum; but trust me: Melt down has started. Allah kay han, der hay total andher nahin!