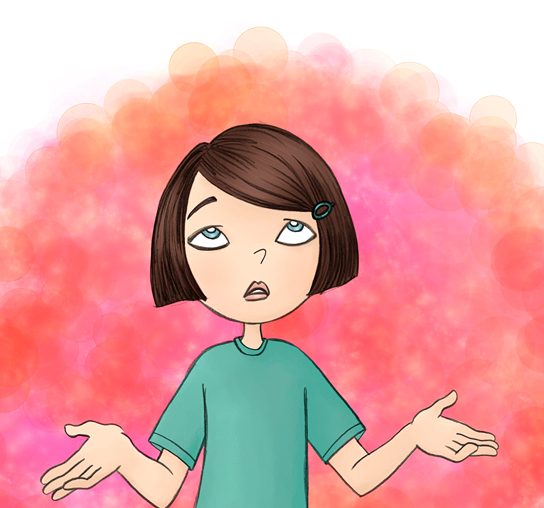 When I’m happy, I eat. When I’m sad, I eat more. Yes! I’m a Pakistani. Welcome to Pakistan – the land of . We are usually known for our cultural heritage, values, unbeatable energy, bravery, warmth, quick wit, energetic laughter fits and remarkable hospitality. Irrespective of the nature of the situation, to us the best solution to every problem on the earth is “food”. Taking you to our favourite dining place is our most common way of expressing our unconditional love for you. We don’t mind if you eat yourself to become a sacred Indian cow or a two ton American Bison – we are always ready to help.

Talk of our passions, a bullet would never hurt us as much as a taunt underestimating our beloved cricket team. We can troll them as much as we want but no outsider can do that. Remember! We are the most resilient nation you’ll ever come across. No matter how perplexed we are in our lives, we will do just about anything to help you cope with your problems while pretending we don’t have any.

When life throws lemons at us, we squeeze the lemons and have lemonade. Like a boss!! While the entire world goes gaga over our upbeat, happy go lucky lifestyle and enviable sincerity, we have this problem of letting our emotions drive us when we should most necessarily be using our heads. Since we are too caught up with doing nothing with our lives, we let the not so perfect religious and political scholars fool us to the best of their abilities and since most of us are too cool to be religious scholars, we’ll never cease to be dictated by people like Maulana Abdul Aziz on how men can also wear Hijab if and when required, and how playing “Chess” and “Ludo” is Haram now. Astaghfirullah! May Allah forgive us all for such unforgivable sins.

The decision on the legitimacy of “Snake and ladder” game is yet to come. Someone, somewhere had said that ‘an unexamined life is not worth living’ but that wise ‘he’ or ‘she’ was still talking about an individual. But here we in ‘Al-Bakistan’ are leading a collective life, totally unexamined. Since most of us are not interested, not motivated or not willing to take up the challenge to practically put in our bit to rectify the loopholes in the political system – the same way we have outsourced our religion to the likes of Maulana Abdul Aziz and Maulana Fazal ur Rehman – so we don’t care as to how it is affecting the fate of millions of people, all of us and our children. Let me share with you some arithmetic: the horrendous outcome of such indifference.

As you all know that the international market price for petrol was $90 per barrel back in 2014 and now it’s stooping below $25 whereas in Pakistan, it escalated from 70 to 76 PKR from January ’15 to December ’15. Ever wondered why on earth you would have an unjustifiable rise of 8.5% while the rest of the world was relieved by 25-30% or more decline in the petrol prices. But let’s forget about the the fuel prices, (though its difficult when I have to fill my cute Suzuki’s tank every now and then) let’s journey back to 2008 when Musharaf’s regime was nearing its end, an average Pakistani was under the debt worth 40,000 PKR which ascended to 80,000 PKR in five years of PPP led Federal Government and PML N led Federal Government has taken half the time to take it up to 110,000 PKR or perhaps more. And yet the visiting IMF Chief, Christine Lagarde wanted my favorite minister ‘Ishaq Dar’ to do more. Every one has read my ‘love letter’ to Ishaq Dar, may I suggest, as a fan, that my favorite minister should read ‘Confessions of an Economic Hitman’ by John Perkins. Am I asking too much? I am sorry, if some of you think that ministers should never waste time in reading – or this is unfair. After all we have never expected the biggest minister, “Nawaz Sharif” to read anything!

It is painful to see people lose their kids in the wars they never wanted Pakistan to be a part of. In fact most did not know when we became part of these wars and for whose benefit. My heart occasionally, like this morning, goes out for those kids of poor families who – for no other reason than poverty – have  sent them to become police cadets, and who been butchered this morning by ‘kid warriors’ or ‘kid suicide bombers’  recruited and brainwashed by monsters of TTP based now in Afghanistan and funded by Uncle Modi and Doval – all in plain site of our starry eyed western mentors sitting in London and Washington whose hearts bleed for the occasional flu of their dogs and cats. But forget about the poor, who cares for poor anywhere any way.

Most if not all death row inmates in America are black, Yes! we are now supposed to call them “Afro-Americans” but trust me this change of jargon does not take away the pain. Uncle Modi’s realm also prefers to call ‘Dalits’ as schedule classes and some of them do become ministers but it does not mitigate the stink of history. But our tragedy is that in between all this, our incessantly striving middle class has terribly suffered, almost mentally obliterated. We are now so hard pressed managing our budgets for the luxuries like drinkable mineral water, petrol, milk and mutton that we have lost site of what fate awaits us.

But do the chicken squeezed in the wired cabinets outside the meat shops waiting to be sold and slaughtered ever in a position to think of the fate of chicken community? Maybe they do, I don’t know, but we are definitely not thinking of the ‘Animal Farm’, sorry! ‘Human Farm’ around us. Do we question: How come top politicians in this ‘Human Farm’ so rich? how come for years they have not paid any direct taxes at all? But then even Christine Lagarde, that beautiful lady from IMF, in her impressive white golden hair was unable to ask this. So is there a connection? (Oh! God, I am already not getting my visas!)

Lets come to the arithmetic! In its three-year stint, the PML-N government has obtained $25 billion as fresh foreign loans in addition to borrowing Rs3.1 trillion ($30 billion) from the domestic market for budget financing, said Ehtesham Rashid, Director General of the Debt Office at the Ministry of Finance. In dollar terms, the government’s total domestic and foreign borrowings amounted to $55 billion during the last three years.

Pakistan’s external debts at the moment sum up to around $72 billion whereas internal debts are double the external. Half of the revenue generated by the Government is going into this debt’s servicing – though on tv channels government supporters and internationally its western backers keep decrying defense expenditures. Borrowing is a piece of cake as compared to economic restructuring and cutting down on the expenditures fulfilling the requisites of lavish lifestyle of the ruling elite. Therefore, the Government has been borrowing every single penny that it can from central and all the commercial banks in town. The State Bank of Pakistan’s monetary aggregates data revealed that Federal Government of Pakistan borrowed Rs.110 billion from banks in June – Sept ’15 whereas Rs. 402 billion has been borrowed for June – Sept ’16.

The wide discrepancy between the statistical data presented in the State Bank’s reports and the paid content on television channels claiming the ruling Government’s marvelous performance reminds me of my university days when I wouldn’t leave any stone unturned equating both sides of my Balance sheet in the exam. I would do it to because flunking the exam and getting spanked by mom at the age of 20 wouldn’t have been a pleasant sight for the onlookers. I wonder what makes them paint a perfect picture when the reality is the other way around.

These latest figures showed that both domestic and external debt was growing alarmingly at double-digit pace. Let’s hope that one day we will actually learn the art of presenting the things just the way they are and put in serious effort to improve things for good because this green passport has enabled us to have an identity across the globe and if only this affectionate land could speak, it would tell you how it loves everyone of you regardless of your caste, creed, color, language or religion. Blessings & love!!!

Writer is a social and political activist, deeply interested in educational reform and also works as a management consultant; The views expressed by the writer, and any comments that follow below, do not necessarily reflect the views and policies of this website.