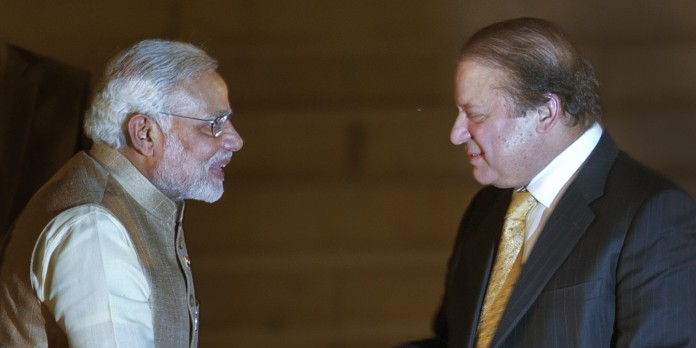 Arrest of Raw Agent Kal Boshan Jhadev from Baluchistan! Many of you wonder why our government is shying away from making full disclosure, why not release his video interview, his full details officially? Details of his activities in Baluchistan? the actions he organized, the groups he funded across Karachi and different parts of Pakistan? This is a very valid question that bothers many many minds…

Reason is that powerful interests in Islamabad are pressing hard to suppress this information. They are advising to ‘stay cool’, they are warning of ‘Indian reaction’, lack of cooperation with Pakistani SIT on Pathankot AFS attack (which is another big mystery) the forthcoming dialogue with Modi, the possible visits of Foreign Secretaries etc etc and so son..and they are worried that ‘disclosure of parties and sectarian groups receiving Indian funding’ will be a political bombshell…

But the fact remains that Indian establishment, and not only the Modi Sarkar, but the whole Indian establishment, has been caught with its pants down. The fact that India had been helping, orchestrating sectarian and political violence across Pakistan – from the fringes of FATA, through the insurgency belt of Baluchistan to the killing streets of Karachi is hardly a news. This should not surprise anyone. But ‘Comander Kal Boshan Yadev’ provides the proof, the connect, a rare discovery of its kind, one in a life time that happens in this kind of ‘proxy conflict’.

Countries,Nation states and their agencies have always done that. Insurgencies, political conflicts, urban violence were often – if not always – sponsored from outside. That makes perfect sense from a ‘national interest perspective’. Once we created bleeding wounds in FATA as a result of our U-Turn against Taliban, or sent shock waves of anger and hurt in a large perimeter around Islamabad after our stupid, ill-advised rash action against ‘Lal Masjid’ or when we failed to pacify the Baluch nationalists through a political process or the city of Karachi through a genuine ‘City Government’ (free from the control of rural Sindh) then a fertile ground existed for outside agencies to exploit, to accentuate and increase the violence.

And Indian agencies naturally had a field day to exploit the situation. This pattern started to become obvious several years ago. But Indians mostly did it in a very sophisticated fashion. Their influence inside Aghanistan in a post-Taliban Afghanistan on Tajik & Uzbek establishments was a great help. They used their ‘proteges’ and ‘assets’ inside Afghanistan, inside NDS, inside Afghan government to advance their agendas of political violence inside Pakistan – from FATA to Karachi.

Presence of large number of Indian assets inside the construction companies and econonic entities was part of the design. Naive Pakistani media kept on crying foul, repeating adnauseum stories of 16 or 20 Indian Consulates across Afghanistan. But Indians never had more than 3-4 Consular stations. They are not that dump. They are smart.

This strategy of using overlapping contacts and assets is called ‘Wheels within Wheels’ in political science. Arresting foot soldiers of violence, or insurgency becomes meaningless. What even if a senior TTP leader gets arrested; he can only point to contacts inside Afghanistan or other Taliban groups. Its next to impossible to reach to the ‘roots’ or ‘master minds’ – even if in rare movement of generosity CIA hands over ‘Lateef Ullah Mehsud” to you. It still cannot take you very far.

All agencies know that. Lets ask ourselves: Who sponsored all the violent insurgent groups in Syria? who wanted to get rid of Bashar al Asad? And who may now be punishing ‘Erodogan’s Turkey’ for his uncalled ‘audaciousness’? Look at the increasing violence in Turkish cities; all the Turks can do is to thunder against the ‘Kurds’; they can’t even name their real enemies. They know it won’t help.

Bottom line is you understand the ‘proxy conflict’ and role of ‘external agencies’ by observing the patterns; by connecting the dots. And Indian role and strategy was written large on all what happened in Pakistan after 9/11. I have repeatedly hinted on this in my programs and I have written many times on this page.

The way regional dynamics are: it is not in India’s larger interest to accept a stable, prosperous Pakistan. A stable, confident, internationally connected Pakistan with international businesses investments, financial flows, international sporting events like bilateral Indo-Pakistan cricketing events, T-20s, World Cups and all that don’t suit Indian lager design in the region. Such a stable Pakistan will be a confident Pakistan that will assert itself, its rights and concerns on the negotiation table.

India will prefer a Pakistan that is harrased by internal conflict and insurgencies, political violence and a Pakistan continuously facing the charge sheet of ‘exporting terrorism’. Such a situation – that prevails at the moment – helps India to negotiate with Pakistan on its terms. On one hand it prevents any discussion on Kashmir, on the other hand it allows them to make a case for trade and energy routes to Central Asia via Afghanistan. And all without any necessary, politically difficult quid-pro quo.

Pakistan’s image helps India to extract all kinds of concessions from a weak Pakistani state that is continuously under pressure to engage India. Because the ‘narrative’ is that while India is eager to engage Pakistan, its Pakistan and its agencies that don’t let the regional peace move forward. Now look at the patten of Indo-Pakistani talks; Is not this what is happening again and again?

I don’t buy that Nawaz Sharif’s principal motivation to engage India and Modi, at all costs, is contingent upon his personal business interests. No, he appears to be under international compulsions. And these international compulsions, to a great extent, are created by the power of Indian narrative shaping around Pakistan. Pakistan is seen as the ‘trouble maker’ that is not letting a regional peace happen. This is what is India’s great regional design is. And this is where RAW and countless agents like ‘Commander Kal Boshan Yadev s/o of Sudhir Jadhev fit in. This is where India’s indirect support for TTP, Baluch insurgents, sectarian organizations and killer gangs of Karachi all neatly fit in.

It is because of this that people like me were very suspcious when Narendra Modi suddenly visited PM Nawaz in Lahore in end December 2015; I had predicted then in my program that we should not be overly excited about this; since it defies the overall Indian logic, India’s Grand Design. Understanding this ‘Indian Grand Design’ is important. No only the Indian, but many many Pakistani commentators will sweat hard to reject that such a design exists. Accepting this flies against their ‘superficial mantras’ of ‘peace and harmony’ which they have been repeating ad-nauseum again and again for past 20 plus years – without any real progress on ground. In the process they have become biggest advocates of ‘endless appeasement’. But real peace is possible only and only when Pakistan gets to expose this ‘Grand Design’ and wriggles out of the narrative that India has shaped around it.

Unfortunately PM Nawaz Sharif is not willing or is unable to understand this ‘Indian Grand Design’ he thinks that his ‘Sari Diplomacy, his smiles and good will messages’ basically his ‘endless appeasement of Modi and India’ will somehow lead to a change in Indian ‘Strategic Design & Thinking’. No. It won’t happen. Inter-state affairs are guided by solid well perceived interests. Success of PM Nawaz will depend upon if he can take bold stand; if he can capitalize upon the arrest of RAW Agents like ‘Commander Kal Boshan Yadev s/o Sudhir Jhadev’.

But more importantly it depends upon his government’s ability to fast track the development of CPEC trade route, earliest connectivity of Gawadar port with regional flows, his ability to keep Baluchistan and Karachi peaceful, his suppression of sectarian violence and his ability to continuoulsy engage religious parties – not letting them come on streets on unnecessary provocations and his ability to work with his opposition in assemblies. The more stronger and capable he looks, the more stable Pakistan appears, greater will be the Indian need to engage Pakistan meaningfully. The kind of ‘Endless Appeasement’ PM Nawaz and his government are doing will not help Indo-Pakistan relations. He has to show some ‘spine’ externally as well.