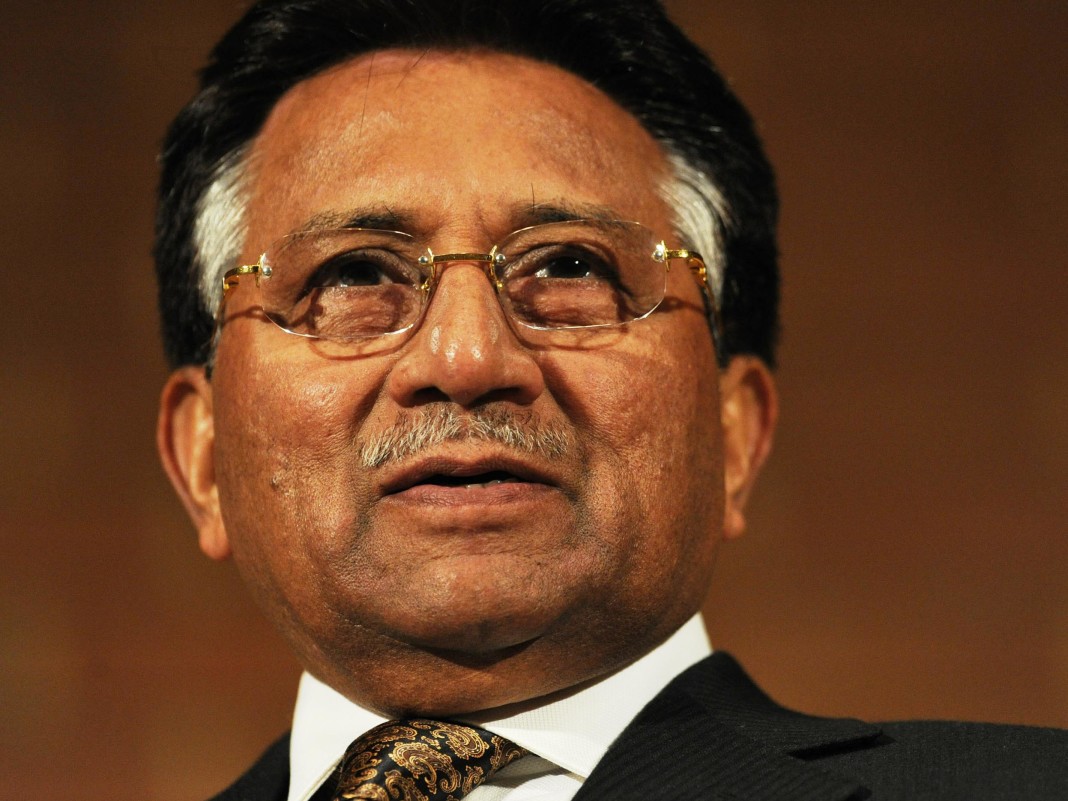 Western writers and columnists had often referred to Allah, Army and the Atom bomb as the uniting factors in Pakistani consciousness. Now it appears as if even this is questionable; nothing is above politics and there is no definition of national interest- not anymore.

Dr Khan’s statements are not being treated as an individual act of desperation. Far from it. The ease of restrictions upon him after the Feb 18th elections; his repeated interviews with national and international press and his recent utterances all point to that context of deliberate encouragement and moral support in which he has launched his salvos against Musharraf, army and thus by implication the state of Pakistan. But who are the people egging him on? This “motley crowd” includes the politicians whose hatred of Musharraf extends beyond the necessities of politics; ultra-nationalist retired army officers and the Islamists like Qazi Hussain Ahmed who treat Musharraf as an American appendage and the civil society activists who think that exit of Musharraf will reduce American influence, cut army to its size and will strengthen constitutionalism. All of these have at one time or the other used AQ Khan as a symbol of whatever was wrong with Musharraf. Except for the politicians whose reasons against Musharraf are purely emotional; the common uniting theme among the other groups is distrust of the United States and hatred of Musharraf, whom they see as a vital component of the American design in Pakistan.

AQ Khan’s utterances that have progressed in a very calculating fashion since the easing of restrictions upon him are supposed to meet two strategic objectives:

One, to malign Musharraf in Pakistani politics providing popular symbols of hatred against him now that the Chief Justice has started to fade; Second is the hope that this “disclosure” will put Musharraf’s sympathisers within the US on defensive, will shrink his support and will help in kicking him out.

But will this really happen? Lets look at the second possibility: international scene.

These ‘disclosures’ come almost eight years after the alleged transfer of centrifuges to North Korea. And these eight years have changed the field and issues in many ways.

|There’s no denying that in his mind — and to some researchers looking for sensational topics for new books — Dr Khan, itching to speak out ‘the truth’ is still very important. But many others, who are actually interested in the subject of non-proliferation rather than obsessed with the so-called Muslim bomb, will remember that since he was removed as head of the KRL laboratories in 2001, he has little real relevance to the networks that now exist. Also, the six-party talks with North Korea have moved much ahead. And though both sides still have reservations, North Korea has agreed in principle to dismantle its nuclear installations and the US has agreed in principle to take it off the list of “states sponsoring terror”.

And given the tacit understanding between the Bush administration and Musharraf that whatever happened did happen in the past, the biggest requirement of the US and the international community has been that Pakistan should strengthen its export controls and oversight abilities.

And repeatedly the visiting US officials and non-proliferation experts have expressed their confidence in Pakistan’s institutional controls, put into place with the establishment of Strategic Planning Division.

In this respect, the recent testimony of Michael Kreppon, of the Henry L. Stimson Center, before the Senate Committee on Homeland Security and Governmental Affairs, is worth reading.

Also, a very significant development has been the proposed Indo-US nuclear co-operation deal that is once again being given a shot before the end of the Bush presidency. It has changed the whole discussion of non-proliferation in a considerable fashion.

Now it is true that some researchers, over-zealous non-proliferation experts, writers and certain lobbies and interest groups that are passionate about this issue as it provides an opportunity to curtail the autonomy of the Pakistani state will certainly raise temperature inside Washington within the next few weeks.

However, many others will also be reading the real intentions and ideological leanings of the ‘motley crowd’ that is pushing the agenda against Musharraf, which in this instance, has strong overtones of anti-Americanism and disregard for international concerns. Now coming back to the first possibility: the domestic scene; it is apparent that people on the street see Dr. Khan as a national hero humiliated by Musharraf following America’s orders.

This can certainly strengthen the hands of the anti-Musharraf forces as they make another fresh bid to throw him out by a show of raw street power.

However, by employing Dr. Khan as a symbol of political unity they are again going to demonstrate their serious disconnect with the world around them. This is a repeat of the confusion seen on the eve of the Lal Masjid crisis.

Musharraf’s mother might have been rightly worried for his academic future; and many politicians may be right when they describe him as a reasonably standardized military officer with the “war, women and wine” kind of vision you imbibe from military academies.

Problem is after Benazir’s sudden exit and the antics of the political lot since Feb 18, he has started to look like a visionary; at least someone with a coherent world view.

And by attempting to use Dr. Khan as a political symbol, his opponents might force his supporters internally and externally to cling more desperately around him thus giving him longevity. This is called the law of unintended consequences.

Finally, the net outcome of all the mud- slinging can be an increased leverage of the US over the Pak army forcing the military to make even bigger concessions in the war against terrorism. And this alone testifies to the worldview of the ‘motley crowd’ that encouraged the wizard of the KRL to launch his missiles.