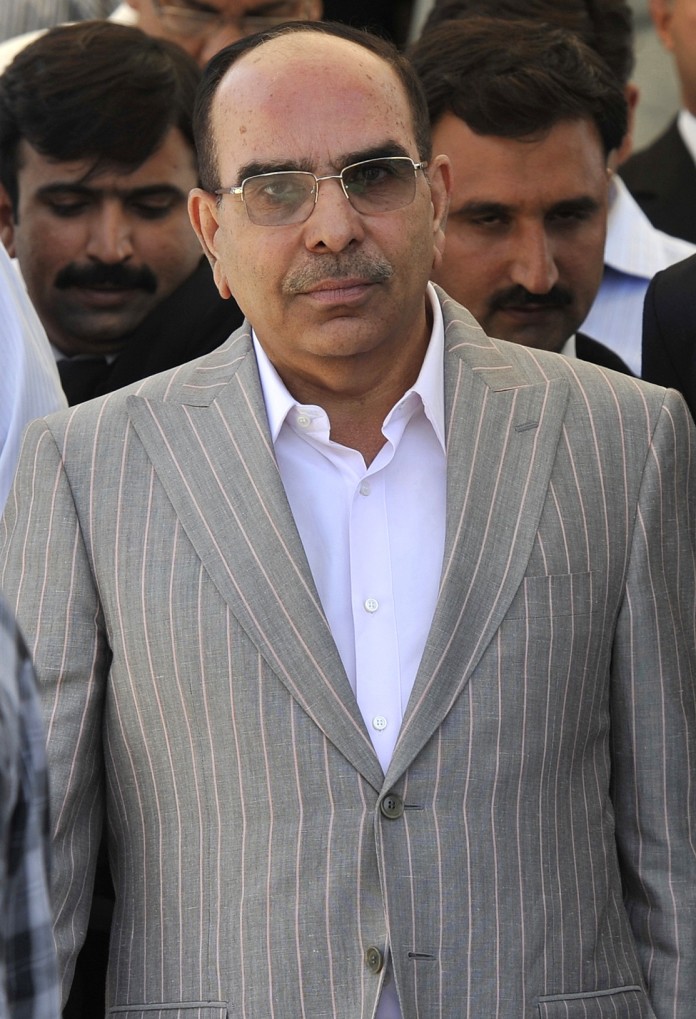 The staged interview of Malik Riaz was no doubt a shock. The furious debate that has raged across Pakistani society is understandable. Politicians, civil society leaders, academia, social media communities and housewives are all livid. The media has conducted programmes, think tanks have organised seminars and courts are contemplating action. This robust, soul-searching certainly serves the purpose of underscoring the ugliness of what happened and the sense of betrayal that has been felt. The need to do something about it is now paramount. However, with due apology, this commotion reeks of the fruitless debate in which the Pakistani media specialises.

Over the years the Pakistani media has gradually lost touch with its ‘raison d’étre.’ On account of the manner in which things are shaped – with colourful anchors, powerful seths, mysterious rating meters and secret pay-offs that accompany them – we have forgotten that the basic purpose of news and current affairs programming is not to churn out juicy entertainment, but to deliver information in the public interest. The Pakistani current affairs cabal specialises in debates comprising, strong opinions, biliary reactions and scandalous revelations, that almost always end up without any conclusions, without the viewers emerging any wiser. The bottom line is that we have no solutions and we are not interested in finding any.

And that is why the recent debate hosted by Dunya TV anchors, Mehr Bokhari and Mubashar Lucman frightened me. It had an eerie resemblance to the format most anchors rely upon. Newspaper columns and think-tank seminars are not doing any better. For instance, to suggest that journalists need capacity-building is similar to the argument that doctors, who were caught stealing kidneys from their patients, need to be trained better. These and many other such pusillanimous arguments, which I have heard over the last few days, are based on a dangerous misunderstanding of what is happening in the Pakistani media.

All those who seriously want to reform the Pakistani media and preserve this public space in the state and society’s larger interest, and in the interest of their children, need to focus on the following six areas: the economic structure of the Pakistani media; the absence of an editorial layer between the seth and the screen; the future of state broadcasters like PTV and Radio Pakistan; the inability of PEMRA to act as an autonomous regulator; the influence of ratings from a single mysterious ratings agency and the lack of social responsibility on the part of corporate advertisers.

While all citizens have the right and the duty to grapple with these tedious questions, I believe the Supreme Court of Pakistan should appoint a national media commission to look into these issues. While disposing of the suo moto action regarding the allegations of business deals between Malik Riaz and Dr Arsalan, the court observed: “The series of events which comprise the run-up to this suo moto case also raise concerns about issues of media law and ethics.”

After the bombshell of the staged interview on Dunya TV, Pakistan’s apex court ordered the PEMRA chairman to submit a report. It also appointed a two-member committee comprising Justice Jawad Khawaja and Justice Khilji Arif Hussain to ascertain facts. But it shouldn’t just stop there. It is time to broaden the focus and create a commission with a combination of judges and eminent media experts like Javed Jabbar to examine the fundamental issues surrounding the Pakistani media and develop a framework of recommendations that will help governments, the media and the civil society to think clearly.

Let’s begin by asking a basic question: what is the economic structure of the Pakistani media? And what is its relationship with Pakistani politics? Why do several TV channels continue to invest in their loss-making ventures and what do they gain in return? Has a media regulator or any state agency looked into this in the past few years? What seems to emerge is a pattern where neo-capitalists appear to be using TV channels to undermine and capture state authority by a cocktail of intimidating threats and cajoling favours for their own entrenched economic interests. But a deeper examination by the commission may reveal more interesting facts.

And this is not restricted just to Dunya TV. Malik Riaz’s staged interview revealed that there may be no real genuine editorial layer between the seth and the screen. Unfortunately, the malaise is much deeper and widespread. It appears that news and current affairs directors in most channels are merely figureheads. In reality the seth, in his need for greater control, continues to undermine the authority of what he parades as his editorial team. This brings us to a provocative set of questions: who in Pakistan is exercising freedom of expression guaranteed under article 19 of the constitution and under the Universal Declaration of Human Rights? The seth or the journalists working for him?

The question that must be asked is, what kind of space is the Pakistani media operating in? Is it a private space governed by seths and private limited companies, who argue that their fortunes and thus behaviors and strategies are dependent upon a private ratings agency? Or is it a public space that belongs to the citizens of Pakistan as a ‘marketplace of ideas,’ as argued by John Stuart Mill? As we search for the answer, it becomes visible that the media impacts politics, society, governance, economic policies and foreign policy. And for all practical purposes it is a public space. But seths and their private limited companies govern it in the most opaque fashion with the help of a private ratings agency, without any transparency, and without editorial layers between them and the screen.

What also impacts this space is the role and responsibility of corporate advertisers. Several top corporate executives often condemn the lack of substance, racy content and increasing sensationalism of television screens. But do they ever pause to reflect upon their own role in trashing the Pakistani TV screen? Ironically, it is corporate heads in Karachi, who conveniently hand over decision-making to junior administrative executives who find it easier to rely upon the ratings, without setting any standards for content. Ratings come from 700-800 meters across the country; most of these are poor and under-educated homes referred to as categories D to F. Practically this means that TV content has to race to the bottom to meet the lowest common denominator – the tastes and world view of these households. To rely exclusively upon such ratings, without thinking of the consequences for the nation, is a blatant negation of corporate social responsibility – the mantra of many large companies. This must change now. And if they don’t, then concerned citizen lobbyists should chase them up by exposing their criminal irresponsibility towards the ‘public interest.’

But perhaps the most vexing question for a national media commission would be to examine the role of the state broadcaster and determine its future. Should there be a state broadcaster in this day and age? Successive Pakistani governments have been charging every household Rs 35 every month to run, what is essentially a government propaganda portal, which few watch. And then on top of it, PTV dabbles in the advertisement market as well. The BBC has no advertisements and Doordharshan in India has stopped charging a licensing fee. While the policy in Pakistan is certainly unethical, the question is whether it is even constitutional. The commission’s challenge would be to determine how PTV can be converted into an autonomous corporation, de-linked from the Ministry of Information. Without converting PTV into a public broadcaster, with a governing board of eminent citizens, like the BBC, we cannot set a benchmark for a responsible media, which the broadcast market can follow and refer to for best practices.

The same is true for PEMRA. Javed Jabbar’s concept is brilliant and an independent regulator is needed for the market to grow. But in the 10 years of its existence, PEMRA has proved to be totally ineffective. Again and again, it has tried to offer and enforce a code of conduct for the media – the latest, a few months ago. But the media has rebuffed its attempts and views it as nothing but an appendage of the government’s policy to benefit partisan politics. Unless PEMRA is turned into an autonomous constitutional body, without direct control from the government, it will never be possible to create any trust between the regulator the regulated.

A Supreme Court-appointed media commission should invite and listen to all stakeholders, including the channel owners, advertisers, cable broadcasters, media executives, anchors, federal and provincial governments and political parties. The challenge we face is not related to any particular government, party, media group or a few unethical anchors.

Collectively, we face a grim situation where the Pakistani media lacks the ability to communicate and serve the public interest. It cannot bring a diverse nation together to face the challenges of the 21st century. The intellectual efforts of the media commission could provide us with a framework to emerge from this chaos. Without a framework, our chaotic discussions are little different from the TV talk shows we all love to hate.