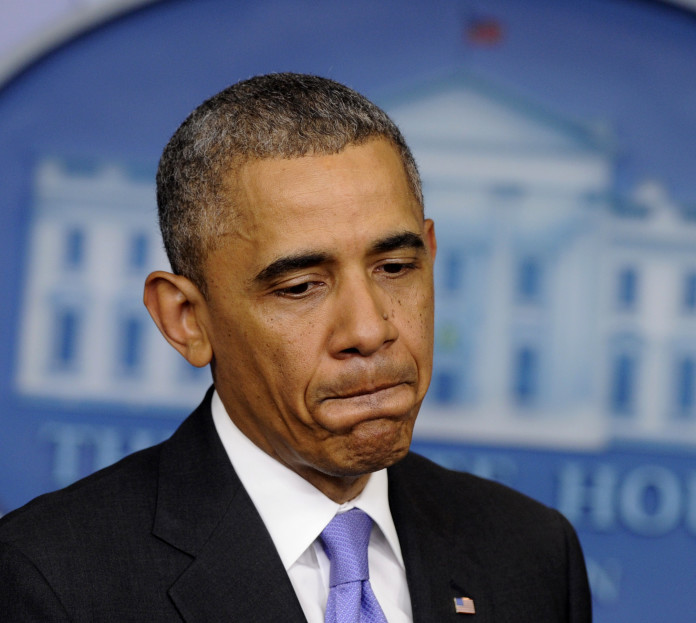 BARACK Obama’s whirlwind trip to Afghanistan, Iraq and the world was to burnish his credentials as the ‘would be’ Commander in Chief of the world’s sole superpower. But it ended up raising interesting questions; questions which Obama team must grapple with before it is too late.

Let’s look at the three key foreign policy issues: Iraq, Afghanistan and Iran. Obama had been, for quite sometime, articulating newer positions which raised eyebrows in the traditional establishment but earned him increased political space. The fact that Bush administration and the McCain campaign had to make important adjustments testified to the effectiveness of Obama’s political communication. But 4th November is still a hundred days ahead, and premature success can have its own problems; especially since Republicans have been successful in bringing “National Security” to the centre stage and are now prepared to dance with Obama in a tightly — embraced tango.

First look at Iraq. Obama no doubt scored fresh points when the Iraqi PM Noori Al-Maliki supported his 16-month time table for withdrawal. But his critics will never fail to point out that since Obama’s earlier positions on Iraq and his lack of enthusiasm for General David Petraeus’s “Surge” he had to revise his position. And as everyone can see he has effectively moved from left of the political field to the centre because there was no denying that “Surge” indeed delivered: violence is down and the Sunni tribes are indeed co-operating with the US forces.

Barack Obama had jolted many by arguing that, if elected, he will offer direct negotiations with enemies like Iran and Syria without pre-conditions. But now Bush administration suddenly comes up looking very reasonable by offering a face-to-face meeting with Iran without direct negotiations. And if it still does not lead to anything substantial, which probably it will not, then McCain campaign will have more mud to paint Obama as naïve.

But Afghanistan might turn out to be the most sobering experience for Obama’s foreign policy aides. Senator Obama, sharing breakfast, and empathising with the US soldiers in a canteen in Kabul, and patting affectionately on the shoulder of an Afro-American lady in uniform, made real good TV viewing. But Obama, the sharp observer, must have reflected upon other things happening in the region.

Is it just a mere co-incidence that Nato is hinting at large and more intensified actions in Pakistan’s tribal areas? Or it has something to do with the fact that for almost a year Barack Obama has been firing his little musket upon Bush administration for not doing enough in the right war: Afghanistan? No One really knows. But if between now and the US presidential election a more robust Nato action takes place inside Pakistani territories it will have its own interesting implications — and not necessarily to the advantage of Obama campaign.

It is being speculated inside Pakistan that action will take place between September and October and might not only be surgical strikes but will see Nato troops stage landing from gunship helicopters and briefly engaging the Taleban inside the Pakistani territories. I am sure all this, if happens, will generate interesting TV footage, from Pentagon cameras for Fox and CBS screens. But such action, even a limited trailer for American TV, will parade two well known realities: One, it will quickly demonstrate limitations of the use of force of which Bush administration was always aware of and which Obama team somehow finds difficult to fathom; second, the human response from the Pakistani side — with media broadcasts showing the scenes of women and children fleeing from the tribal areas — will generate its own destabilising waves across Pakistan further complicating the long term solutions for everyone including the next US administration.

The upshot of all this — from Iraq to Iran to Afghanistan — will soon be the Republicans pointing out the inexperience of Obama campaign to grapple the complexity of foreign policy. His aides can upset this specter, but they need to research more and react fast to changing circumstances and they must come up with a more nuanced understanding of regional issues.

Obama certainly displayed his ability to grasp the regional dynamics — something shown at times by the US think-tank experts but seldom by the politicians — when in a news conference in the Jordanian capital, Amman, he pointed out that US needs to work to improve trust between India and Pakistan for a lot of trouble across the Afghanistan border may be due to the Pakistani concerns regarding India.

The challenge for the Obama team however remains to show that in the context of Afghanistan while he will intensify the hunt for real culprits he also has a vision and understanding bigger than bombs, missiles and attack helicopters; that he is looking for sustainable solutions that can bring stability to this region rather than merely being reactive.

Finally, Barack Obama has a mystique. Within the US part of his popularity — and may be the fears he generates among his detractors — comes from the widely held belief that he will change the way America and the world interact with each other. And add to this: Barrack Obama today is almost as popular across the world as the likes of Bill Clinton and John F Kennedy have been, if not more. Yet, as Von Marschall, the Washington bureau Chief of German newspaper, Der Tagesspiegel, points out that he has not granted a single interview to any foreign mediaperson. Is this champion of internationalism afraid of international media?

It is true that the US Presidential candidates have to get their votes from the Americans back home and that their fate will be decided by the swings in the Mid West. But it is also a fact that the American public wants to know how successful their new President will be in dealing with the world. And what better way there could have been to demonstrate to the Americans and to the world that Barack Obama could deal with international media on issues concerning the US and the world? Unfortunately during his trip to Afghanistan his campaign team, in protecting him as their one and the only son, again displayed their lack of confidence, and this will be another issue that will haunt them in the days to come, especially since John McCain is comfortable in talking to the world.