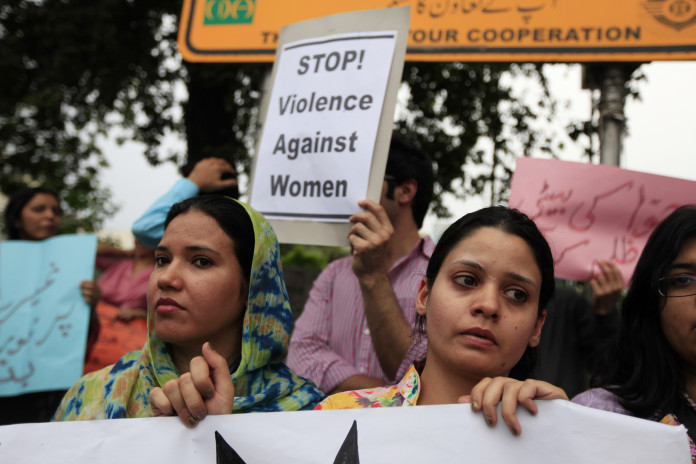 Mullahs turn everything into a battle for and against Islam. This is wrong and plain stupid. And it also contributes to the overall ‘mediocrity of Pakistani discourse’. Once an issue becomes “mullahs versus the rest” as Maulana Fazal ur Rehman’s comments has done, then many intelligent sections of society are automatically excluded for the fear that their opposition to a piece of legislation or policy might be seen as being “Islamist” or “fanatic”. But the ease, and speed through which we are passing societal legislation – like this recent ‘Woman Protection Bill in Punjab’ is fraught with serious risks. However given the nature and direction of Pakistani politics and the pressures to appease west legislations of all sorts are being hurriedly passed without any public or parliamentary debate.

Yes! cosmetic public and parliamentary debates do happen, but these are only to create bogus evidence for record sake so that it can be argued that ‘debate did take place’. A debate that informs public, and even decision makers and that changes minds seldom takes place. Irony is that democracy – a concept we all owe to ancient Greece – was all about debate. During a trip to Greece, a professor once told me that ‘idiot’ was someone who was not interested in issues of public policy. Look around and tell honestly: how many politicians, eminent citizens and media persons are genuinely committed to debating issues of public policy. And today how many media platforms actually afford to discuss serious issues of public policy?

Such legislation, “Domestic Violence” looks pretty attractive and it is easy to believe that it will only be beneficial. But have we ever debated and discussed its downside? Are we giving police, a Punjab Police SHO, access inside a family unit to settle disputes? Has anyone really wondered: What will be ultimate consequence of this ‘intervention’? Will it necessarily stop domestic violence or will lead to the weakening and collapse of the family unit? How viable or sustainable a family structure will be once its dynamics are subject to police interference? And who will take responsibility once such family units disintegrate ?

Its understandable that governments and political elite in Pakistan – from Punjab to Sindh – are eager to send a message to the western centers of power that “Sir, our God fathers, we are doing everything to modernize the social order”. However in the fulfillment of that earnest desire we seldom examine the empirical evidence from the same western countries. Has such legislation worked and achieved its goals? What have been the unintended side effects? For instance the American state has done massive legislation to engineer the society but its still riven with all kinds of violence and domestic violence is still massive. European countries – which have done much less social legislation – on the other hand are much less violent social orders. They have often employed ‘alternate methods’. Before embarking on ‘social legislation’ or far that matter any legislation, we need to examine empirical evidence and we need to do genuine debate. But all what our political elite is trying to do is to send a message across to the west of being ‘modern and liberal’.

Unfortunately no follow up on results will ever be done. Two years ago, Sindh assembly, under PPP’s compulsions, passed a law making 18 the minimum age of marriage. Before that it was 16 and its still 16 in India and many other parts of the world. Even where legal age for marriage is 18, as in many US states age of consensus is still 16 or even less. These are very important distinctions; deep in the study of human nature and psyche – and often beyond the understanding of our parliamentarians. Our parliamentarians should invite experts into assembly and senate committee proceedings to help them understand issues.

Let me conclude this by reminding you that there is massive evidence to suggest that in many parts of Sindh, boys and girls are married off before even reaching the age of 16. If Govt of Sindh is incapable of implementing ‘marriage age of 16’ then why is it trying to criminalize parents and families marrying their children before 18? And what has happened since the passing of this legislation? ….Unfortunately most parliamentarians even in Sindh won’t be able to answer that….they lost interest in the subject after the bill was passed…??