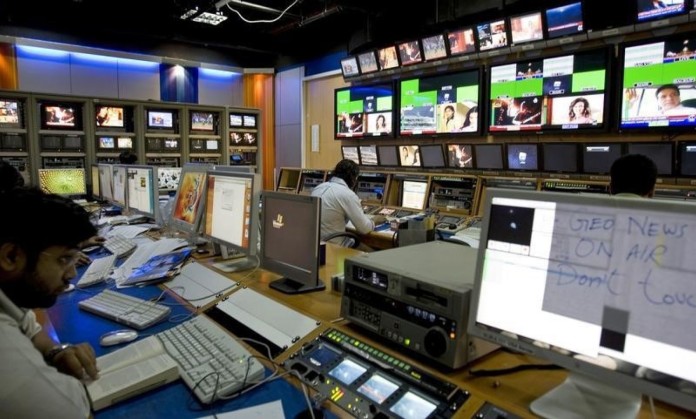 Slap on the face of Pakistani Media..? I have posted a story from India’s most liberal paper, The Hindu. The story describes the attack on the Pakistani prisoner, Sanna Ullah, in an Indian Jail in Jammu. The opening line describes him as a “terror convict” which is accurate since this is what a court decided. However in case of Pakistan both TV and Print stories kept on describing Sarabjeet as a “Jasoos” despite the fact that he was convicted for acts of terrorism, leading to the death of at least 14 persons.

Pakistani media, DN’s, Reporters, Anchors, Ticker Editors, Assignment Desk Editors need to read this Hindu story carefully to see how throughout it hammers to the reader that “Sana Ullah” was a bad man, and how it belittles the gross and crass violation of rule of law and Jail Administration when this prisoner who is not even on death row was attacked apparently by an ex-serviceman of Indian Army by a weapon that should not not have been available inside the jail, and how this was a clear “revenge” to what tragically happened to “Sarabjeet” in Lahore and how Jail Authorities in Jammu – who were warned by the Union Govt that such reactions can happen – did not do any thing to prevent such an attack.

Also note the softer reaction of Indian government as compared to the Chief Minister Najam Sethi, in Lahore whose administration has correctly suspended the Jail Superintendent for his negligence. What happened to Sarabjeet in Lahore was tragic. Though Sarabjeet was a convicted terrorist (wrongly described as a Jasoos by all Pakistani TV Tickers & News Bulletins) and was on death row, since his appeals against capital punishment were rejected by the President Musharraf (Once a President rejects an appeal, his office cannot review it again; that’s why President Zardari found it difficult to set him free, otherwise he would have gone to moon to please New Delhi on this issue), his murder inside by other death row convicts was a huge failure of the Jail authorities in Lahore for he could only be executed by the state and state had not decided to do so.

In 2007 or 2008, I had written a piece in Khaleej Times, “Don’t Hang Sarabjeet” and I still believed that we should not have, but we could not have released him either because New Delhi continuously dealt with the issue in manner (for instance the hanging of Afzal Guru) that restricted the political space for the Pakistani government. However the “Revenge” inside a Jammu Jail in equally suspicious circumstances against a 60-plus Pakistani prisoner has taken away the basis of whatever moral argument the Indians were trying to make. In the end, we both have proved that we are equally uncivilized and crude people – members of the same family, just against each other.

Though Pakistani Media needs to learn from the Hindu story. Describing Sarabjeet as a “Jasoos” despite court convictions was inaccurate and a huge professional failure and did’nt reflect good on Editorial bosses and Director News of so many TV channels.