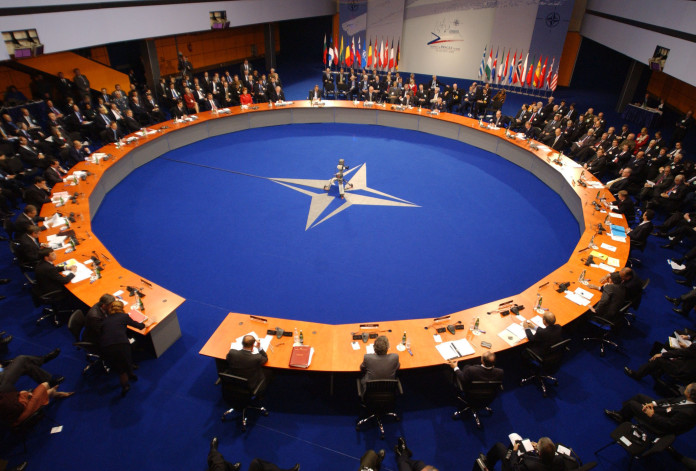 To most Pakistanis, Salala was a deliberate act of ‘punishment’ meted out by the Pentagon for failing to cooperate or playing ‘double games’ as it is repeatedly alleged by US officials and media

Will Pakistan be able to attend the NATO summit in Chicago? And if yes, then on what terms and conditions? Monday morning in Islamabad will begin with considerable feverish anxiety around these two questions.

A tripartite commission consisting of NATO’s commander in Afghanistan, General Allen, and the military chiefs of Pakistan and Afghanistan kept on meeting in Rawalpindi on Saturday and Sunday to brainstorm the border control measures and how untoward incidents like the Salala tragedy of November 26 can be avoided. It is expected that the Defence Cabinet Committee (DCC) will meet, with PM Gilani in the chair on May15 and 16 and some analysts predict that Pakistan will be announcing opening the NATO supply route on May 17.

The public argument shaped by the US interlocutors, diplomats and media, and something that has been wholeheartedly bought by many in the Pakistani government and the opinion making circles is that Pakistan overplayed its hand, ended up using its trump card, i.e. ‘NATO supplies’, and has not gained anything in return and is now forced to resume what is described as GLOC’s under NATO’s ultimatum because missing the Chicago summit means being kicked out of the important decision making in the endgame of Afghanistan. NATO Secretary General Anders Fogh Rasmussen’s press briefing of last Friday has added to this gloomy interpretation. Many are also worried for the imminent shortfalls in the forthcoming budget and point out that the ministry of finance has already added CSF reimbursements into its calculations. The much calculated posturing by the US House of Representatives that recommends various kinds of sanctions against Pakistan, including those involving preferential imports, certainly focuses minds on the forthcoming challenges if the impasse is not resolved before Chicago.

Since the approval of the parliamentary committee’s recommendations, the whole media discourse is built around two main points only: the US apology for Salala and end of drone strikes. Going by this, it appears that these are the only two sticking points. However, sometimes it is important to revisit the fundamentals of a problem before you could be sure of the solutions.

So let’s take a step back. Why is the Salala tragedy that led to the closure of the NATO supply routes so nerve wracking for Pakistanis? No doubt, the chilling details of the incident that appeared like an orgy of blood played with the lives of Pakistani soldiers jolted an already traumatised nation. But coming in the climate shaped by the US attack of May 2 to kill Osama bin Laden, it convinced many that the US or perhaps more specifically, the Pentagon in its desperation in Afghanistan, and the way it builds its public narrative, has reached a stage where it sees a certain kind of solution in punishing Pakistan. Arguments like the one advanced by Professor Stephen Krasner of Stanford only confirm this mood.

It’s true that the US side explains Salala as a horrible outcome of mistakes in procedures and communication, but to most Pakistanis, Salala was a deliberate act of ‘punishment’ meted out by the Pentagon for failing to cooperate or playing ‘double games’ as it is repeatedly alleged by US officials and media. Pakistan’s robust decision to close NATO supplies was to jolt the US and its allies into a rethink. The US may or may not realise that its actions are adding to societal meltdown and collapse in Pakistan. This resultant chaos may or may not hurt the US and its regional allies like India, but will definitely destroy the equilibrium of a political and social order where the majority sees the ruling elite kowtowing to US dictation and where the military establishment has lost much of its moral authority since the events of 9/11 when it unwillingly became a partner in the US-led war against terrorism. From the US narrative, it is obvious that, in their singular obsession with the endgame in Afghanistan, they have either no realisation of how their actions are adding to a societal meltdown in Pakistan or they don’t care. But for Pakistanis it matters.

It is in this scenario that the discussions of this tripartite commission on Saturday and Sunday and the understandings reached and conveyed between General Allen, General Kayani and General Karimi become supremely important.

‘Apology’ started to loom large after the parliamentary committee’s recommendations. But before that Pakistan’s foreign minister and foreign secretary were on record insisting, in the most unambiguous terms, that we were not seeking an apology; what we want is the US to understand Pakistan’s red lines and to respect them. By now, we also know for sure that by the beginning of February, some sort of apology was being offered and the Pakistani foreign ministry wanted this to be postponed until the end of the parliamentary review.

The test for the DCC to which General Kayani will report his findings after his meetings will be to assess if Pakistan and the US agree to the wording of a joint statement where the latter affirms that it understands Pakistani concerns arising from the tragedy of Salala; that it respects Pakistani sovereignty and that both sides are determined to work with procedures and communication protocols that will ensure that incidents like Salala do not recur. Pakistan, in the same statement, will need to ensure that it understands the US concerns in FATA and will do everything possible to reduce the misuse of its territory against US troops.

But this assurance is impossible without coming to some sort of understanding on the issue of drone strikes with the US for its narrative describes Pakistan as either unwilling or unable to control the action against its troops from FATA. The US military and administration, now victims of their narratives, will not be able to sell at home a total cessation of drone strikes, especially in an election year.

In the last few weeks, the US has tried, for the first time, accepting responsibility for the drone strikes. First, President Obama made an admission and then his national security adviser, John Brennan, attempted adding moral justifications to the policy in his presentation at the Woodrow Wilson Centre. The sheer ugliness and perhaps immorality of the drone policy requires several doctoral theses from different perspectives, but in a real politic framework, it compels Pakistan to come forward and accept responsibility for permitting limited drone strikes.

Without such an admission, it cannot ask for a framework of mutual intelligence sharing and a modicum of control on this policy. A jointly agreed framework may ensure fewer strikes, a more defined focus on al Qaeda, and can work towards a cessation timetable since Obama has defined his goal as the end of al Qaeda, which he again repeated at his speech from Bagram Airbase on May 2, 2012. After all, in the ever raging debate on drone strikes, no one has raised this question so far that irrespective of all sorts of arguments for and against, could this continue till eternity? However, this vexing question and what kind of language is needed on this issue, will confront the DCC with its biggest nightmare, especially given parliament’s reaffirmed position.

But any understanding to make any sense on this tricky and emotive issue will be incomplete without tying it with the Afghanistan endgame. How do we interpret what President Obama described for the first time as “negotiated peace” and how will this be supported by neighbours, including Pakistan? After all, isn’t the summit in Chicago about Afghanistan and its endgame?

Without any clarity on these issues, the optics of Chicago may become meaningless for Pakistan. Though in a mood of desperation no one dares to ask the common sense question: will in our absence the Chicago summit not have a hole as large as the size of Pakistan in terms of the final solutions related to the withdrawal from Afghanistan?

But while the DCC grapples with these difficult questions, intractable solutions and their inevitable political fallout, it may benefit tremendously from keeping this common sense question in mind. Options never end; you have to keep finding them.